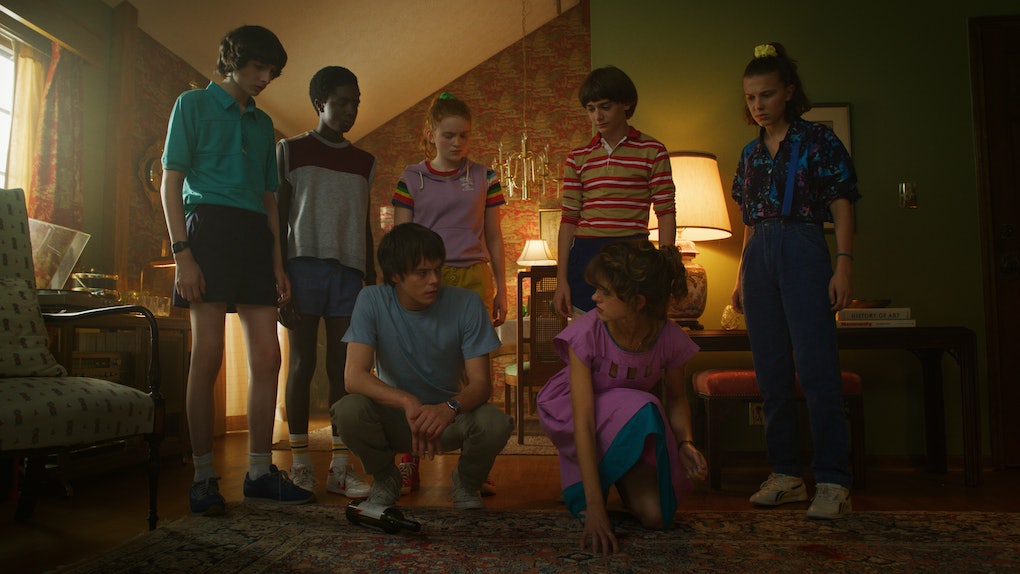 Stranger Things ended Season 3 on what felt like a very final moment, as well as a cliffhanger. The finality came from the Byers moving out of Hawkins, Indiana, heading for a new life and a fresh start. The cliffhanger came in the post-credits scene, as the Russians revealed they not only had a Demogorgon but "an American" (probably Hopper), suggesting they had once again opened the Upside Down. But when does that scene take place? This Stranger Things Season 4 time travel theory suggests it could be in the future.

In fact, moving into the future, in general, might be the smart play for Stranger Things in general. When the show was first conceived, it was a standalone, single-season miniseries. The three 11-year-old kids who were central to the story, Mike (Finn Wolfhard), Dustin (Gaten Matarazzo), and Lucas (Caleb McLaughlin), were all cast with actors who around the age of 13, while the disappearing Will (Noah Schnapp) was barely 10, and Eleven (Millie Bobby Brown) was, well, 11.

When the show became a hit, the directors, the Duffer brothers, said they wanted to do one season a year, as the kids aged up. But things haven't worked out that way. Delays each time have put about 18 months between each season.

When Season 3 arrived, Wolfhard, Matarazzo, and McLaughlin were 17 years olds starring as kids who are 13 going on 14. Add another 18 months for Season 4, and suddenly the series will find itself with college-aged kids pretending to be high-school freshmen. Meanwhile, older siblings Jonathan and Nancy, who are supposed to be heading into their high-school senior year, already look every inch of their real mid-20s ages.

With the reality of time staring the show in the face, perhaps skipping ahead a couple of years would be the smart play. Either way, when speaking to Entertainment Weekly, the Duffers promises a potential Season 4 would open up new avenues to explore.

The first thing everyone jumped to was the possibility of Russia. But what if that's not what's in the cards? What if the later '80s see Dustin and Mike and Lucas working together to create their own TARDIS-style time machine? (Doctor Who is one of the few properties the series has not hit yet.) If so, they can use that to take them both to Russia and a few years ahead as well, and rescue Hopper?

As far as the Duffers are concerned, they don't want to give anything away that might put themselves in a corner.

We have the big broad strokes. It’s just now about filling in those lines in the details. We’re pretty excited about where it’s potentially going to go... it’s going to feel very different than this season. But I think that’s the right thing to do and I think it’ll be exciting.

Now all fans need is for Netflix to give the go-ahead for another season.