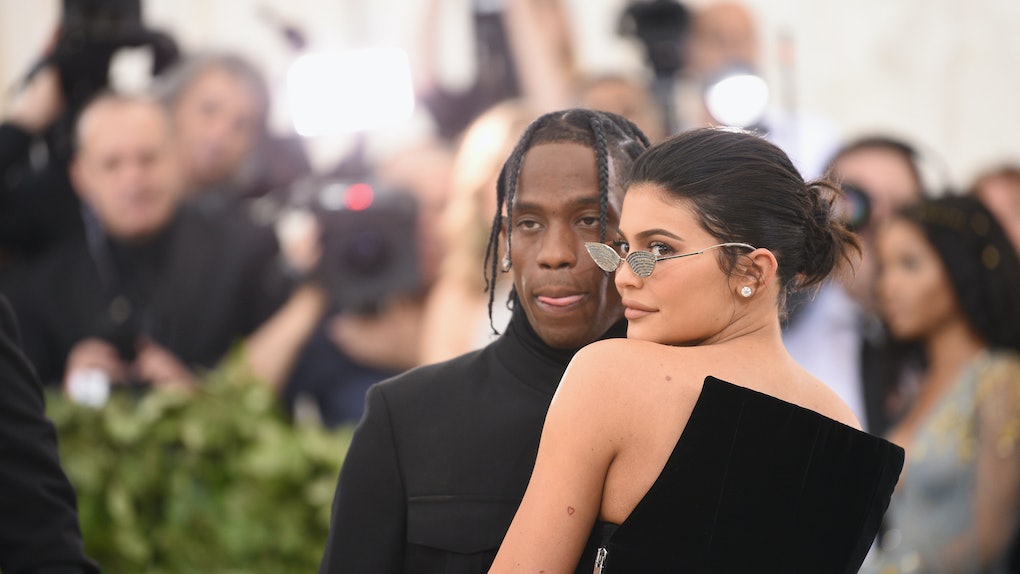 Time to throw your tissue box out the window, because this reported update from Kylie Jenner and Travis Scott's friends is pretty much as hopeful as it gets. According to friends of the couple who reportedly spoke to Us Weekly, the couple is apparently "not done" and are simply just spending some time away from each other while they deal with their reported “trust issues.” (Elite Daily has reached out to reps for Jenner and Scott for comment and did not hear back in time for publication.)

A source echoed a similar sentiment to Us Weekly on Oct. 2. “Everyone around them thinks they will get back together,” the source told Us Weekly. “Kylie is a bit of a homebody — she runs her business from home, has an office very close to her house, and doesn’t really live too much outside of that space. And he’s a world touring artist and in the studio and traveling.”

While neither Jenner nor Scott have publicly said anything about the reasons behind their split or whether or not they'll get back together, Jenner took to Twitter on Oct. 3 to confirm their split and also to make it clear that she and Scott are still friends:

Travis and i are on great terms and our main focus right now is Stormi !! our friendship and our daughter is priority

In another tweet, Jenner addressed rumors that she was getting back together with her ex Tyga after she was reportedly spotted at a studio with him late at night. "The internet makes everything 100 times more dramatic than what it really is," she wrote. "There was no “2am date with Tyga”. You see me drop two of my friends off at a studio that he happened to be at."

In Jenner's defense, even the original reports claiming she was there said they were unable to spot her leaving the studio with her friends.

A source who spoke to E! News on Oct. 1 made it clear that the two reportedly have continued to see each other, despite the breakup. "Kylie and Travis aren't officially calling it quits on their relationship, but are taking space apart," a source told E! News. "It's not a firm split. They've been fighting again, but have still seen each other within this last month."

The source also noted that Jenner and Scott's fights aren't necessarily about anything too serious. "They fight over ridiculous things and Kylie can be very skeptical about Travis," the source said. "Travis has been stressed with dropping new music."

While the two sort through their reported issues, the same source claimed they're reportedly living separately. "Travis has been staying at his house in Beverly Hills and Kylie has been allowing him to see Stormi," the source said. "She would never take that away from him."

Jenner and Scott's split was first reported by TMZ on Oct. 1. According to TMZ, the source shared that the couple of two years had reportedly already been broken up for "several weeks" and that they reportedly had not been seen together since the premier of Scott's Netflix documentary Look Mom I Can Fly on Aug. 27.