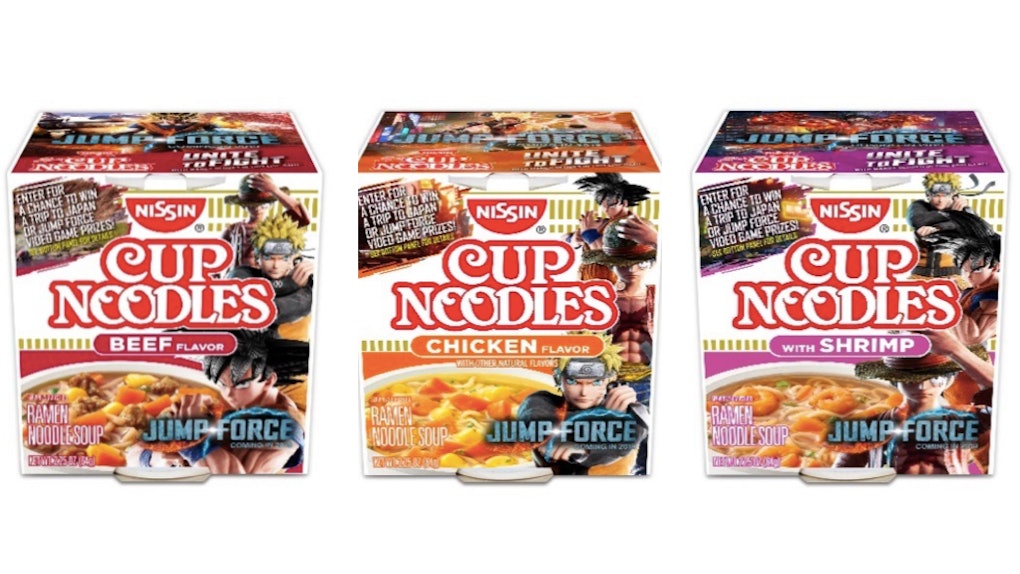 Going to Japan has been on my bucket list for the last 20-something years (so, for most of my life, really). It's always been my dream to visit Tokyo, immerse myself in the unique, gorgeous culture, and, most importantly, eat a ton of noodles. And if you happen to be a fan of the instant noodle brand, Cup Noodles, they're giving fans the chance to fly to Tokyo, and visit the official Cup Noodles museum (while presumably eating a ton of noodles). Anyway, in case you haven't already entered this Nissin Cup Noodles' "Jump to Japan Sweepstakes", you absolutely need to. I'm all about them noods.

Instant noodle brand, Cup Noodles, and Bandai Namco, a Japanese video game company, have teamed up to create the ultimate sweepstakes, known as "Jump to Japan." And — let me tell you — the Grand Prize is pretty darn sweet. Per a Nissin Foods press release on Jan. 14, one lucky winner will receive the Grand Prize, which is a totally free trip for two to Tokyo, Japan, according to the press release, as well as two tickets to the Cup Noodles Museum in Yokohama. The grand prize winner will also receive various other prizes. The First and Second place winners will receive copies of the Jump Force game and Cup Noodles merch. These prizes definitely sound like they're worth the effort to enter. Plus, entering is so darn easy.

If you're lazy like I am, you'll be happy to know that entering the Jump Force Sweepstakes requires minimal effort. You can enter while sitting in the parking lot of your local grocery store, in the middle of a Netflix marathon on the couch, or even from the comfort of your own bed. You heard that right — to potentially win this glorious Grand Prize, according to the press release, all you have to do is purchase a specially marked pack of Cup Noodles, like the three designs below, between Jan. 14 and June 30. Then, you'll be required to send in a photograph of your purchase receipt to the Jump Force page on Nissin Foods' website. From there, you wait to hear back if you've won. That's literally all you have to do. See? I told you it was beyond simple.

Per a press release, the winner will be randomly chosen on July 12, per the release. And if you're inspired by the packaging, you can play Jump Force once it is released on Feb. 15.

Cup Noodles is totally slaying the game right now, from offering delicious instant meals, the chance to travel, and — most recently — an entire fashion line. Yep — the brand's parent company, Nissin, recently launched an e-commerce fan store which offers an incredible variety of exclusive branded items, according to the press release. You can choose from a variety of hats, coffee mugs, t-shirts, baby clothing, socks, and even pup costumes to show your Cup Noodles fandom. TBH, I'm browsing the web as we speak.

Correct me if I'm wrong, but in my personal opinion, there is truly nothing better in life than the prospect of taking a free trip to Japan. Cup Noodles could actually make my dreams come true of traveling to Tokyo, and honestly, I am so about it. You'd better believe I'll be eating noodles every dang day — and yes — I'll be Instagramming the entire time. So, happy slurping, and good luck!