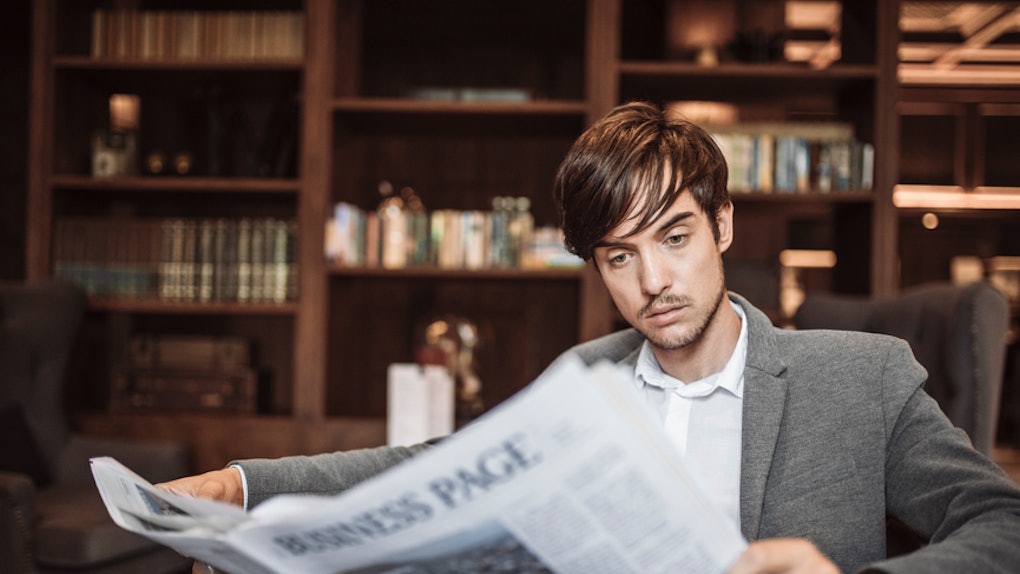 This Newspaper's Headline Mistake Is Definitely Not What It Sounds Like

Proofreading has never been my thing, which is a pretty terrible fault to have, considering the fact that I have chosen to make a career out of being a writer. But I mean, COME ON. Who actually feels like sitting there and re-reading something they just spent the past 45 minutes (or even longer) working on? Let me that answer for you: NO ONE. But as tedious as it may be, proofreading does come in handy most of the time, and forgetting to do so can have some major consequences. Don't believe me? Well, this one newspaper headline mistake proves just how big of a difference proofreading can really make. To which newspaper headline mistake am I referring, you ask? Oh, you just wait, my friend. You're in for a good chuckle.

Twitter user @NCSox was skimming through his local newspaper when he came across an article titled, "Students Get First Hand Job Experience." Yep, I'm going to go ahead and guess we're all thinking the same thing here. Obviously, the intent of the article wasn't to brag about a bunch of kids getting/giving their first handies. What the paper was likely trying to write about was students joining the workforce, but alas, one grammatical error changed the entire meaning of the piece.

When @NCSox came across the article, he, like any good person, snapped a pic of it and posted it on Twitter, where it has since gone viral with almost 90,000 retweets and over 200,000 likes.

The post also sparked a conversation across Twitter about grammar in general and how the headline could have been better executed.

This guy believes "first-hand" should have been hyphenated.

This woman agrees that one hyphen could have changed everything.

Unfortunately, @NCSox never got a chance to find out.

This user brought up the fact that the first two words of the piece only make matters worse.

The headline put all of this guy's worst grammatical fears to shame.

The newspaper's big mistake also refreshed some people's memories of other embarrassing newspaper headline mistakes in the past.

In case this pretty bad error went over your head, the headline makes it sound like the "something special" that all girls' school offer is oral sex. Yikes.

Or there's this one about a potential decline in tech jobs, which reads, "6,000 RIM jobs on the line."

In case this mistake also flew right by you, this headline makes it sound like there are 6,000 butt-lickings on the line.

There's also this pretty bad one about a politician named Laura Chick, and it reads "Chick Accuses Some of Her Male Colleagues of Sexism."

In case you missed the bad part, the headline makes it seem like they're just referring to her as some "chick"... in a piece about sexism.

Aaaaaand there's this one about an ambidextrous pitcher. The headline unfortunately wound up being printed as "Amphibious pitcher makes debut."

Again, let me spell this out just in case you're scratching your head, wondering what's wrong: Humans are mammals, not amphibians. The headline refers to the pitcher as a frog.

The main takeaway here? PROOFREAD EVERYTHING YOU WRITE. You never know what kind of embarrassing mistakes you could be making.

More like this
How To Not Get Pregnant After He Came In You & You're Freaking Out
By Rachel Shatto
Making Love Vs. Having Sex: Here's How To Tell The Difference
By Anjali Sareen Nowakowski
10 Hot Pictures To Send Your Boyfriend That’ll Tease Him Like Crazy
By Rachel Shatto
Stay up to date