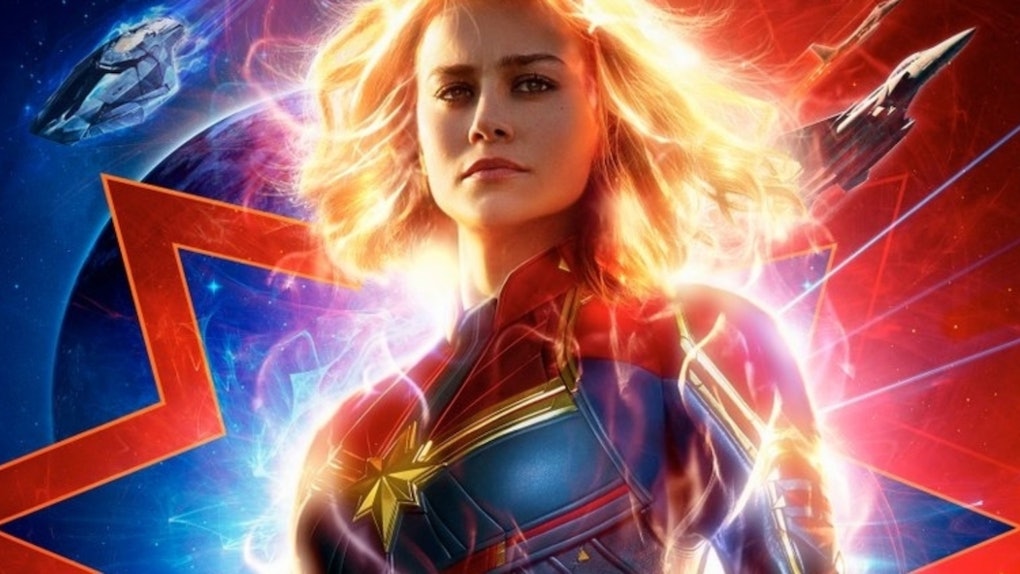 Fans are only a few weeks away from the next release from the Marvel Cinematic Universe, Captain Marvel, the company's first movie with a female superhero in the lead role. As is fitting, the production released the first official TV spot during the Super Bowl. It didn't give much away earlier trailers hadn't already revealed. But the new Captain Marvel clip that also arrived this weekend gave fans a look at just how much of a badass this latest addition is to Marvel's pantheon of powered people.

The Super Bowl trailer was a mash-up of Carol Danvers' (Brie Larson) time on earth and her return, along with a new slogan: "Higher, Further, Faster, baby." (It's a play on 2014's Captain Marvel Vol. 1 title "Higher, Further, Faster, More.") But this new clip isn't a trailer, but an actual scene from the movie, giving fans their first look at Danvers in action. Meanwhile, the team of Nick Fury (Samuel L. Jackson) and Phil Coulson (Clark Gregg) have just discovered something beyond their experience has arrived on Earth.

One of the more exciting twists in this scene, it seems like Nick Fury may not be sure yet if Carol is a good guy or a bad guy in this scene. Check it out.

Though this is no punching an old lady in the middle of a bus style fight, it's a pretty solid bet the "human" Danvers is fighting in this scene is as much a Skrull as her last opponent. It's not clear from the clip if this is the Skrull named Talos, who is played by Ben Mendelsohn, but probably not.

It should be noted though the Kree are supposed to be good guys here, both Kree and Skrull are cultures born of scientific experimentation and violence. While Carol Danvers may be beholden to them now and determined to remove the Skrull menace from Earth, fans should never forget her leader, Ronan the Accuser was initially introduced as a bad guy. The Kree should not be automatically greeted as liberators.

What is apparent, at least from the little time the clips spends with them, is Fury and Coulson are currently partners in S.H.I.E.L.D., with Fury as the senior member. Coulson is looking very green, both as an agent and around the gills due to Fury's driving.

As for how Larson got in shape to perform this kind of fight, she was on Ellen on Friday talking about her training.

I trained for nine months and then was able to do crazy things. I could deadlift 225 pounds by the end of it. The ongoing joke with [my trainer] – because Captain Marvel can move planets – is that I told him, ‘I just want to be able to move your car. If I could just push your Jeep, then I’ll feel like I was ready.’ And so it happened. There was a day where I did it.

Captain Marvel will arrive in theaters to move audiences on March 8, 2019.