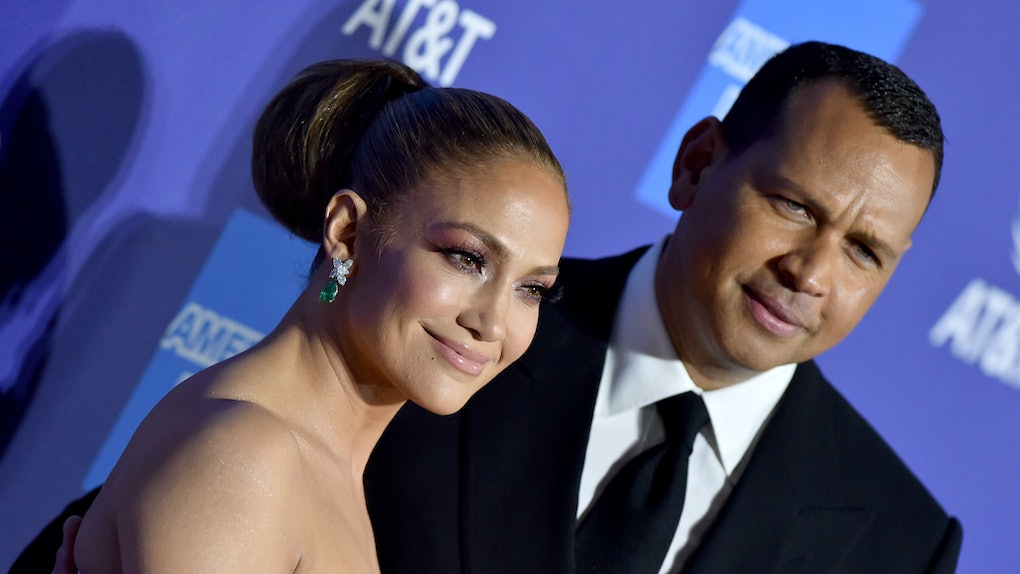 This Jennifer Lopez & Alex Rodriguez Relationship Update Will Give You Hope

If you were fully convinced that love is dead following reports of Jennifer Lopez and Alex Rodriguez’s breakup, this relationship update will make you sing. According to sources close to the couple, J. Lo and A-Rod are not broken up (I repeat: They are not broken up!), but they are reportedly working through issues within their relationship.

“Alex flew to the Dominican Republic, and Jennifer was excited to see him in person,” a source reportedly told People in a March 17 report. “They want to spend time in person to figure out their life together.” J. Lo has been spending time in the Dominican Republic filming her new movie Shotgun Wedding, and A-Rod has been in Miami. “The past few days were upsetting and stressful. She and Alex have a lot of issues they hope they can work through, but they both seem willing to do whatever it takes to stay together,” the source reportedly claimed. Phew.

On March 12, reports claiming J. Lo and A-Rod had split began to circulate due to Rodriguez's reported DM exchange with Southern Charm star Madison LeCroy. (Elite Daily reached out to representatives for the couple for comment but did not hear back.) But on March 13, the couple released a statement to TMZ saying, “All the reports are inaccurate. We are working through some things.” On March 14, J. Lo posted an Instagram video montage captioned “Sunday brunch playlist ✨” where a very quick section featured a screenshot of a headline about the reported breakup. It was followed by a clip of J. Lo saying, “You’re dumb.” The moment is seconds-long, but speaks volumes.

That same day, Miami paparazzi asked A-Rod about his relationship status as he entered the gym, to which he replied, “I’m not single.” The next day, he posted an Instagram Story from the Dominican Republic, subtly tagging J. Lo in white font on the side of the video. He captioned it, “Happy Monday. New week. New day. Onward, upward.”

As for what caused the breakup rumors to circulate in the first place, a reported source told People the pandemic reportedly took a toll on their relationship. “They both liked spending more time together as a family, but it was difficult to keep that special spark when they saw each other every day,” the source reportedly said. The same People source also said that filming in the Dominican Republic has been “very hard for her,” and that “not having Alex around makes her stressed.”

In the March 2021 issue of Allure, J. Lo said they had to postpone their overseas wedding and did couples therapy together. “I think it was really helpful for us in our relationship,” she said.

Here’s hoping the two can make it work.