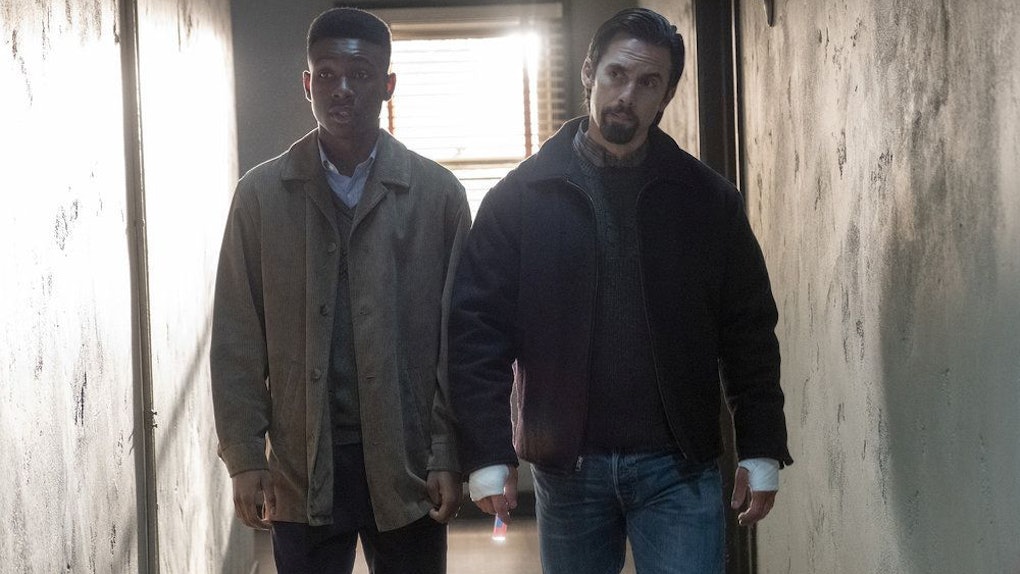 'This Is Us' Season 4, Episode 17 Shows Fans A World Where Jack Never Died

This Is Us has always been focused on Jack Pearson. From the very first episode, when viewers meet the Pearson clan on the triplet's 36th birthday, the question has been: What happened to Jack? The series has built the late Pearson patriarch into a larger-than-life figure, viewed through the lens of memory and sorrow. It was, therefore, only a matter of time before someone asked, "What if Jack didn't die?" it took nearly four years for the show to get around to it, but This Is Us Season 4, Episode 17 finally went there. Warning: Spoilers for This Is Us Season 4 follow.

Triggered by the impending loss of his mother, Randall goes to therapy. He admits he's been unable to stop thinking about the night Jack died. What follows then are two wholesale fantasies of what life would have been like for the Pearsons had Jack lived.

But this isn't the series jumping multiverses; it's Randall's fantasy of what would have happened. Since Randall views himself as the hero, he's generous to Kevin for not being home when the fire broke out. The dog magically survives without Jack going back into the house, and most importantly, the emotional shock of the house burning down leads Rebecca to tell Randall about William, two decades before it happened in the real world.

In the first version of Randall's life, the one with rose-colored glasses, Jack and Rebecca sit Randall down and tell him about his father. William accepts his son at their first meeting, and Jack takes William to AA. Randall chooses Carnegie Mellon to stay close to William and still meets Beth, who keeps him on the right path. Randall being there for William means he saves his father from stomach cancer, just as he and Jack work together to save his mother from her memory issues.

But the second version plays out very differently. Here, Jack feels rage and resentment at Rebecca upon learning about William, and they nearly divorce. William rejects Randall; no one goes to AA. Randall goes to Howard to get away, with Jack his only connection back home. It's Kevin and Sophie's wedding where Jack makes a speech; Kate is already married with twins. And Randall? He's a Kevin-style screw-up, the college professor who sleeps with an endless parade of TAs. It isn't until Jack calls and says that Rebecca is losing her memory that Randall finally forgives her and comes home.

But the truth is, neither fantasy is about Jack's survival. They're about Rebecca keeping the secret of William for 36 years, and all the resentment Randall's been suppressing.

But even as Randall insists that putting two and two together won't change his relationship with his mother, it already has. That night, Randall calls up and seemingly uses Rebecca's guilt to leverage her into finally agreeing to the clinical trial. Somehow, no matter what timeline it is, it seems like Jack wouldn't approve.