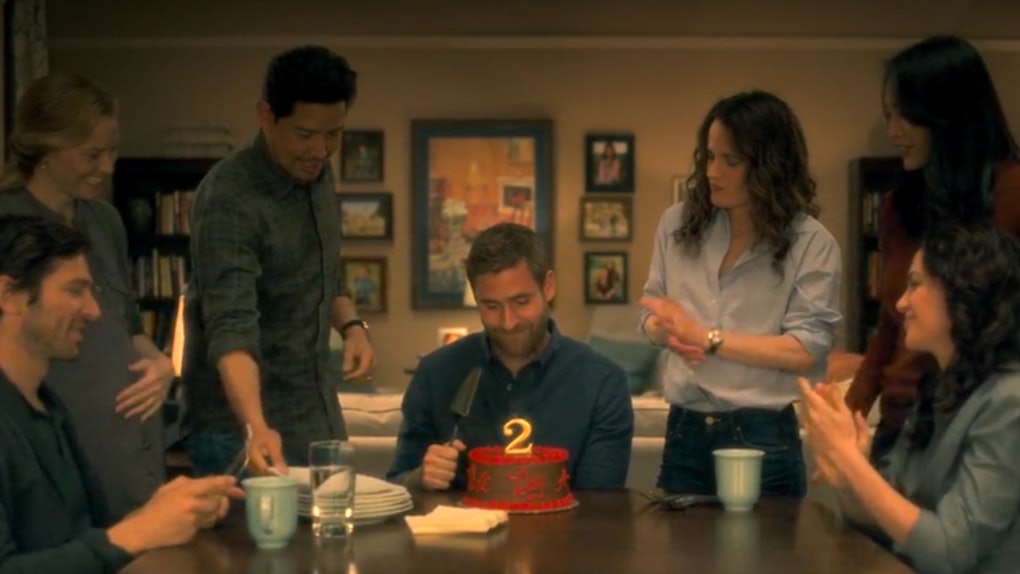 Although Netflix's ghost-filled family drama The Haunting of Hill House terrified viewers for the bulk of its ten episodes, the ending of its first season was actually surprisingly uplifting and sweet. Or at least it appeared to be that way. Actor Oliver Jackson-Cohen, who plays the adult Luke Crain in the show, recently pointed out a Haunting of Hill House easter egg in the finale that could reveal the first season ended on a much darker note than anyone thought.

Spoiler alert: This post will include details from the Season 1 finale of The Haunting of Hill House. In the finale episode of the season, Steven, Shirl, Luke, and Theo Crain are all trapped within the Red Room, a manipulative space that makes each of them live in a horrific fantasy. Thankfully, the ghost of their sister Nell is able to wake them up, and their father Hugh sacrifices himself to free his children from Hill House. In the end, we see that each of the four surviving Crains go on to have happy and healthy lives free from their hauntings.

But, in a new interview with TheWrap, Oliver Jackson-Cohen points out one very subtle detail that could totally ruin that happy ending. Most viewers probably did not notice this, but Jackson-Cohen noted that each time one of the Crains is locked in a Red Room fantasy, there is a red object present within the scene:

There’s this thing that happens when we’re all in the Red Room ... Whenever each child, each sibling, is in the Red Room, something in the fantasy is red. And it’ll be a very, very small thing. For Luke, when Luke gets taken to the hotel room, he’s worn Converse throughout the show, and all of a sudden his Converse are red. And it’s so slight you can barely even see it. And I think Steven is wearing a red jumper [in his fantasy.]

How does that play into the finale? Well, once you realize what a red object means in the show, then Luke's red cake celebrating his sobriety in the happy ending montage takes on a grim new meaning:

And so there’s something at the end — it was Kate [Siegel], who plays Theo, who kind of pointed it out to me — with Luke’s sobriety cake. She went, "The cake is red." And on set I went, "Oh, my God!" And she went, "I don’t know!" And I asked Mike [Flanagan], and he went "I don’t know." And so I can’t tell whether or not I’m just crazy with this — or whether or not it’s something that could have legs.

So, could the Crain children still be trapped within the Red Room at the end of the season, and those happy endings were just illusions? It is actually a theory that has come up before, and showrunner Mike Flanagan even admitted that he was initially going to put the window of the Red Room in the background of all the scenes in the ending montage to make this grim ending very clear, but he decided against it.

Thankfully, there has been a lot of talk about a potential second season for The Haunting of Hill House, so hopefully we will get an answer soon.

More like this
Netflix's 'Bridgerton' Spinoff About Queen Charlotte Will Deliver So Much Royal Drama
By Cianna Garrison
'Emily In Paris' Season 2: Premiere Date, Trailer, Cast, Filming News, & More
By Dylan Kickham and Ani Bundel
These 'Shadow And Bone' Behind-The-Scenes Facts Are So Magical
By Abby Monteil
Stay up to date