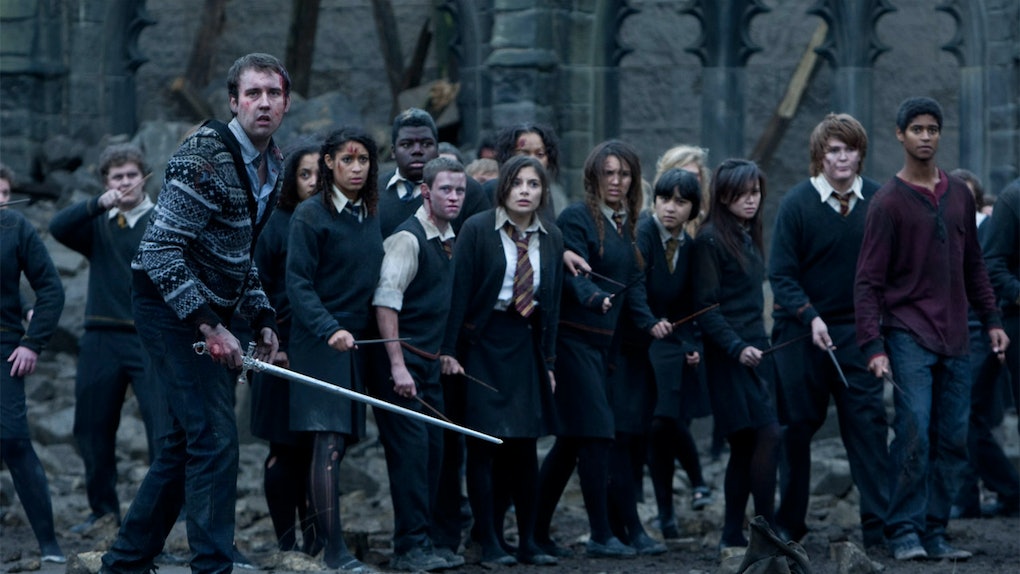 Pottermania has returned, starting with the 2016 debut of Fantastic Beasts and Where to Find Them, as well as Harry Potter and the Cursed Child. But that was only the beginning, as last year began a series of 20th-anniversary milestones for the original novels. These anniversaries have fans hurrying back to their bookshelves and their Blu-ray players to relive the series again, and some are noticing details they missed the first dozen times. In particular, one set of details has given rise to a new Harry Potter "Battle Of Hogwarts" theory which is causing more than just Gryffindors to scream.

For many, the real hero of the Battle of Hogwarts is Neville. (No seriously, Harry only wins the final fight on a technicality.) And perhaps the most memorable scene is McGonagall taking her place as the leader of Hogwarts and setting the defenses as the Dark Wizards begin to arrive.

But Neville isn't the hero of the series, Harry is, and he's been our protagonist, along with Ron and Hermione from the beginning.

At the top of the battle, Harry and his friends are trying to find their way out of Hogwarts. As they said to Minerva when she asked what they needed, they need her to buy them time to find the Horcruxes. Harry doesn't yet know his fate is sealed, that Voldemort must kill him because he is the accidental Horcrux. But he does know he needs to find Snape, and when he does, he plans to take vengeance for Dumbledore's death.

But the path they take, as they run from the main hall out into the courtyard, and then out the side entrance, is a dangerous one. Moreover, it's a sequence that references moments of danger from the first six books, and in order.

Check it out in the video, the sequence actually starts about 30 seconds in.

Running the references down in order:

It's moments like that in the final Harry Potter films that makes them such great cinema. Director David Yates cleverly takes Harry's return to Hogwarts in the last battle and in a single minute-long sequence references all six of the years he spent there and the adventures he had.

We'll see more of Yates' work in the Potterverse with Fantastic Beasts: The Crimes of Grindelwald, due out on November 16, 2018.