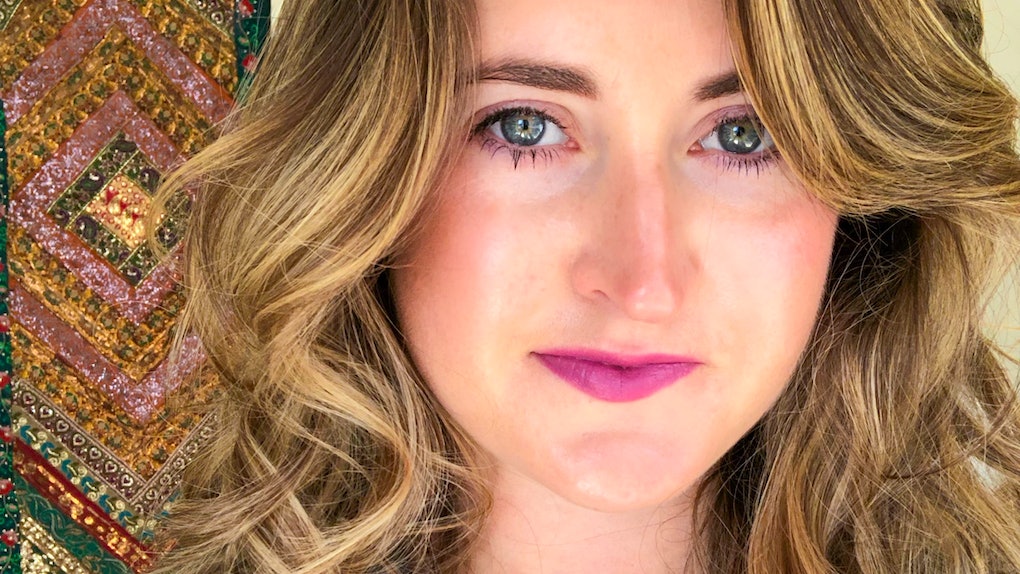 Afraid of using a curling iron that spins and winding up with a fried-off strand? Yeah, that was my fear, too, before my first go-around with the CHI Spin N Curl Ceramic Rotating Curler ($110, amazon.com). Well, here’s a spoiler alert for you: Not only did my strands not singe off, but my hair actually looked incredibly healthy and bouncy post-curl. And TBH, I don't think I ever wanna go back to curling another way.

When CHI sent me its latest version of the 1” Spin N Curl (now in a sexy “Ruby Red” shade), my initial excitement quickly turned to dread. “Is this deathly, rotating frying machine going to trap my hair inside the barrel and sear it all off?” I thought to myself. I couldn’t help but recall that viral video with the young girl taking off a giant chunk of her blonde locks with a curling iron during a YouTube tutorial.

Before I tried the tool on my own hair, I decided to watch a few videos on YouTube to see how, exactly, this thing was supposed to work. Labels on the device indicate which side is meant to face away from your scalp and which should be facing it. (Hint: The side with the opening should be facing away.) Essentially, you’re supposed to insert about an inch of hair into the small barrels in the middle of the device, hold at a 90° angle, and then press the left or right buttons (depending on which way you want the curl to go) until all of your hair is wrapped up inside the barrel.

Even after watching women on YouTube seamlessly curl their hair with the CHI Spin N Curl, I was apprehensive to try it out on my own hair. Similar to when I attempt to wax my own bikini line at home, I was having to pump myself up in order to test it out, reassuring myself that everything was going to be OK.

Once I mustered up enough courage, I began sectioning off my hair into groups to begin the curling process. The device offers three different timer options (15, 17, or 19 seconds), depending on how tight you want the curl to be. For example, if you’re aiming for a super-boing-y ringlet, you can set the timer for 19 seconds, and the device will chime when it’s ready to be released. After a couple of trial and error strands, I realized that I only needed about 10 seconds or less for my hair to get sufficiently curled, so I ended up releasing the device before the 15-second timer went off.

I was surprised to discover that this device doesn’t actually lock your hair into the barrel for a set number of seconds, so you can basically pull out your curl as early or as late as you’d prefer. (Although I probably wouldn’t go over 20 seconds, because again, this poor girl).

During my first attempt, I was only pressing the left and right buttons down once and quickly letting go, and found that it wasn’t actually curling my whole strand of hair. I then realized that you’re supposed to hold the buttons down until all your hair is wrapped around the barrel, which might take two to three seconds of pressing on the buttons. If you prefer the wavy hair with straight ends look, I’d suggest lowering the heat on this device and, rather than holding down the left and right buttons for a few seconds at a time, just press them once quickly to create a slight curl with a straight end. Although it will take practice, it is possible to achieve various curl looks with this device, depending on the temperature set, the amount of time pressed on the left and right buttons, and the amount of time the hair spends inside the barrel.

I love this innovative tool because it not only cut my curling time in half, but it also gave my left arm a break from having to wrap my strands around a clampless curling iron and then waiting for it to curl fully — a time-saver and an arm strength-saver, too.

After facing my fears and testing out the CHI Spin N Curl, I don’t think I can go back to a plain-Jane curling iron ever again. Anything but a gimmick, these curling irons are worth taking for a spin.