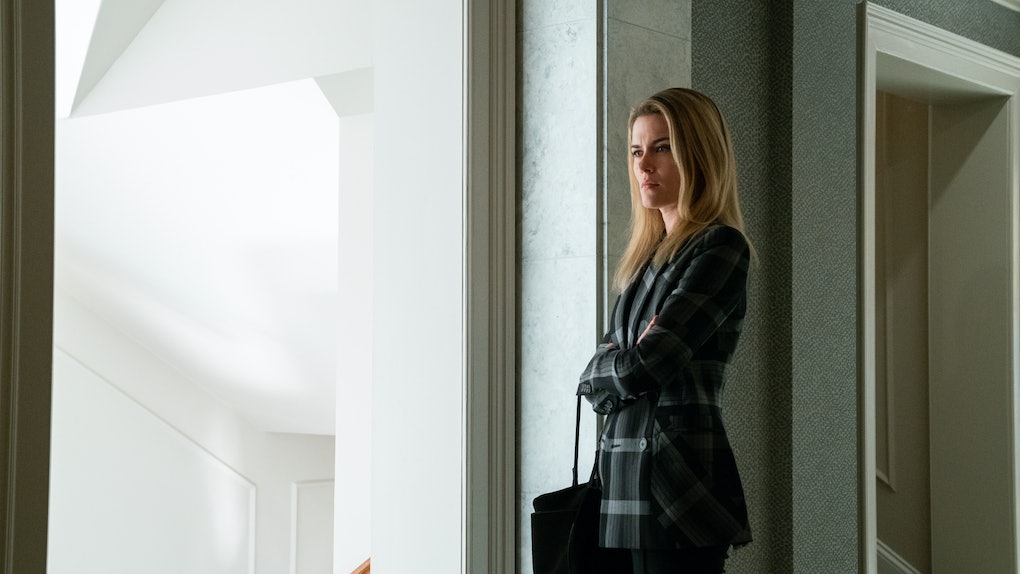 This Captain Marvel Reference In 'Jessica Jones' Season 3 Is Hilarious

Though Jessica Jones is really about the title character, for the first time, she's not alone in the Marvel universe. Not only is her new boyfriend a powered person, but Jessica's adopted sister Trish has finally gained the abilities she's always wanted as well. Season 2 closed with a shot of Trish's new cat-like reflexes, but that's only the beginning.

Jessica Jones Season 3 Episode 2 is dedicated to telling the story of Trish's transformation from someone who suddenly has some new talents into a superhero. While most assume Jessica got to where she was with no work (like her new nemesis Gregory Sallinger), Trish shows that's just not true. She may have been blessed with superior reflexes, night vision, and stamina, but it takes more than that to become a superhero. It takes training.

And once you've trained, there's another problem, especially if you're famous like Trish. Jessica may have never bothered with a mask, but most people don't look at her in shock as she's taking on a bad guy and yell "Patsy!?!?" Obviously, Trish was going to need a disguise. So she does what any person with common sense and a budget would do. She heads for the costume shop to see what good guy outfits are on sale.

At first, Trish considers masks, from big eye anime faces to Luchador wrestling masks to a half mask with cat ears. (A reference to her comic book persona as "Hellcat.") Then she starts riffing through outfits. There's a nod to She-Hulk, with a purple and white tunic, and a green mask. And then there's a full-on Captain Marvel knock-off look, with red, yellow, and blue leather. They even throw in a bad wig, just to make sure no one at home misses the reference.

But perhaps the best moment is the one that directly references Jessica Jones Season 1, and the flashbacks to Jones first attempt to use her powers for good before Kilgrave came along. Trish brings her a superhero outfit which is a dead ringer for the "Jewel" one worn by Jones in the comics. Jessica takes one look at it and sighs. "Hell no."

Trish's final outfit in the dressing room? It's Hellcat's outfit from the comic books, down to the pointy mask. She takes one look at herself and sighs. "Hell no."

More like this
What's Coming To Netflix In May 2021? Lots Of Action & Drama
By Ani Bundel
'Stranger Things' Season 4: Cast, Premiere Date, Trailer, & More Info
By Ani Bundel
These Movies & TV Shows Starring 'Shadow And Bone' Actors Are Far From Ravka
By Ani Bundel
Stay up to date