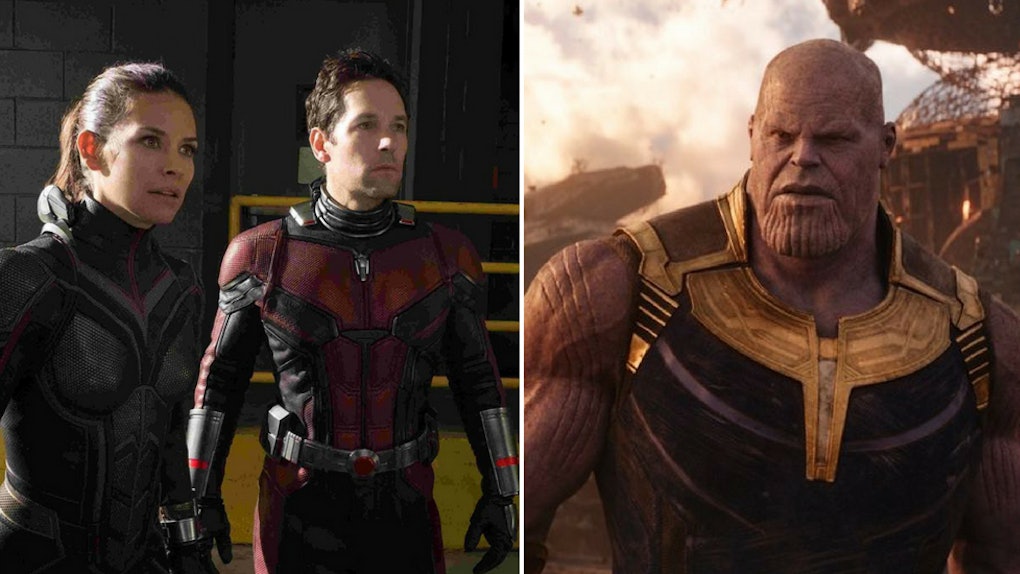 Ant-Man and the Wasp has been in theaters for about a month at this point, but fans are still finding tiny moments in the movie that could have potentially huge impacts on the Marvel Cinematic Universe as a whole. The latest discovery to blow the minds of Marvel fans on the internet involves a quick, silly moment at the start of the movie that most viewers probably did not think twice about, but upon further reflection, this Ant-Man and the Wasp easter egg sets up Avengers 4 in a really clever and telling way.

At the beginning of Ant-Man and the Wasp, Scott Lang has hung up his Ant-Man suit and instead rocks a government-issued ankle bracelet. Even though Lang is under house arrest for his involvement in the anti-government brawl in Captain America: Civil War, he manages to make the most of his two years stuck at home: he makes elaborate forts with his daughter, hones his drumming skills, and learns close-up magic. It is this last hobby that leads to the Avengers 4 easter egg: A Reddit user recently pointed out that when Scott and his parole officer Jimmy Woo are watching an online tutorial on how to perform a card trick, the magician uses a phrase that might stand out to Marvel fans: "The snap is a misdirection."

Obviously, bringing up any type of snap to a Marvel fan right now will instantly bring to mind Thanos' life-decimating snap at the end of Avengers: Infinity War. The Infinity Stone-powered snap instantly turned half of the Avengers to dust, leaving fans slack-jawed and wondering how this could possibly resolve itself in next summer's Avengers 4. Well, if we are to believe the online magician in Ant-Man and the Wasp, the snap is a misdirection.

The question now is what does it mean that Thanos' snap was merely a misdirect? Well, most fans are taking the newly found easter egg to be confirmation that those dusted Avengers are not as dead as they appear. I mean, nobody really believed that Spider-Man, Black Panther, the Guardians of the Galaxy, and others had actually been killed off for good (especially since they all have sequels down the pipeline), but this easter egg could be confirming the popular fan theory that instead of dying, the disappeared Avengers are chilling out in the Soul Stone right now. After all, if the snap was misdirection, then the people who turned to dust during the snap could not have actually disappeared like everyone first assumes, but rather hiding away in some secret place... just like the card in the magician's magic trick.

Basically, this tiny, throwaway gag about an online magic class might actually be the confirmation fans have been waiting for that the dusted Avengers are alive and well in a hidden location, most likely the Soul Stone. The Soul Stone theory sprung from fan knowledge of the stone's ability to capture and imprison souls and from the fact that it remains the only Infinity Stone to not be fully utilized within a Marvel movie.

We will have to see if this theory turns out to be true when Avengers 4 drops in theater on May 3, 2019.