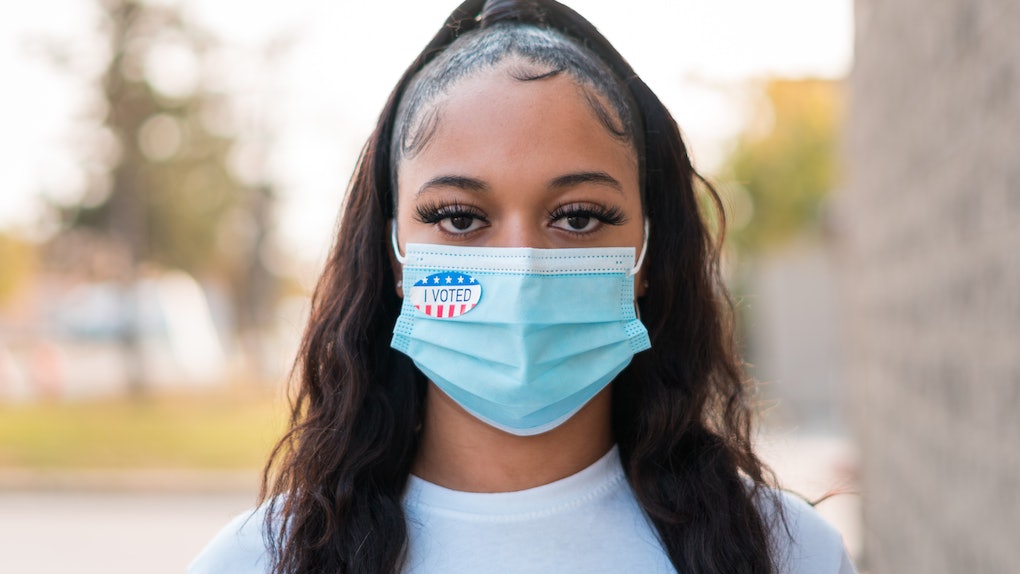 As last-minute voters make their way to the polls on Tuesday, Nov. 3 and all of America awaits the election results, people are taking to Twitter to express how they're feeling. To say the presidential election is a nail-biter is an understatement, and clearly, a ton of Twitter users are feeling the same way. Comparing the last presidential election with this one, these "voting in 2016 vs. voting in 2020" memes will make you LOL, because they're totally relatable.

The coronavirus pandemic continues to be one of the largest issues in the 2020 election, and in light of the safety precautions, voting has changed in many states. Voters are taking advantage of mail-in ballots and deadline extensions. Because of these complications, voters may not know who wins the election on Nov. 3. As Democratic presidential nominee Joe Biden faces off with President Donald Trump, voters are getting very nervous as the clock ticks down and the polls near a close. The 2016 election saw Hillary Clinton face off with Trump, and the U.S. majority vote was a 2.9% lead for Clinton. However, Trump won by 304 electoral votes over Clinton's 227 electoral votes. These "voting in 2016 vs. voting in 2020" memes show a huge difference in how voters are feeling in this year's general election.

These voting memes are super relatable because 2020 has been a year.

Most of the memes use two celebrity images that are the complete opposite of each another.

Most tweets are basically saying the 2020 election feels like a battle.

With only hours to go until the polls close, voters will have to wait until a projected winner is announced. Although the results may be unclear on Nov. 3, it's clear that Twitter feels so differently about voting in the 2020 election than the 2016 election.