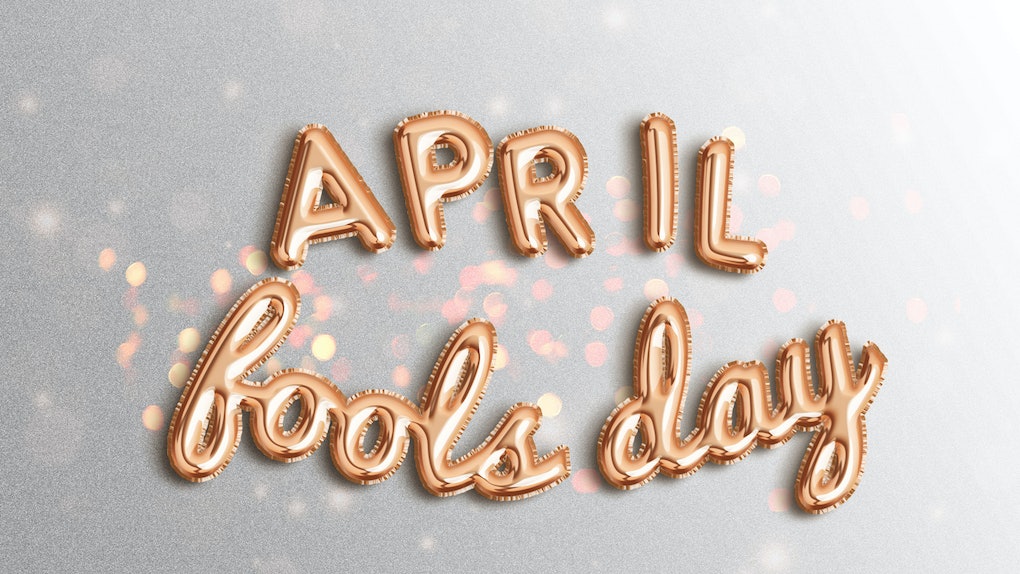 Now that March has come to a close, it's officially time to celebrate the holiday of pranksters. The first day of April, aka April Fools' Day, is traditionally a time to try to pull a fast one on your friends, coworkers, and family, but everyone is having mixed feelings about the annual practice. Following a year where people weathered an ongoing global pandemic, a never-ending presidential election, and so much else, these tweets and memes about April Fools’ Day 2021 are all here for skipping out on the tradition. After all, who needs to spend a day joking about an alternate reality when real life is constantly throwing curve balls your way?

It's safe to say this April 1 is hitting a little different in 2021 due to ~year~ we all just had, and on the first day of the month, people quickly took to Twitter to plead their cases for why we should just forego the needless pranks this year. As one Twitter user oh-so-eloquently argued, "No one needs that sh**" this year," and judging from all the memes and tweets flooding in, a lot of people are feeling the same way.

Whether you're someone who always spends the day avoiding your coworkers and trusting absolutely no one, or you feel like 2020 was just been one giant year-long prank and need a breather, you'll want to head to Twitter to get in on the April Fools' Day roast session.

People also took inspiration from the viral meme of the rapper Future texting an ex by pairing it with some very fitting captions.

Unfortunately, despite peoples' pleas, April Fools' pranks are still trending on Twitter, meaning it's very likely you'll have to spend some time deciphering what's real or not if you go on social media on April 1.

If April 1 is a giant "nope" for you this year, stay vigilant and try to stay off social media until what one Twitter user calls "Happy Don’t Trust Anything Even More Than Usual Day" is over.