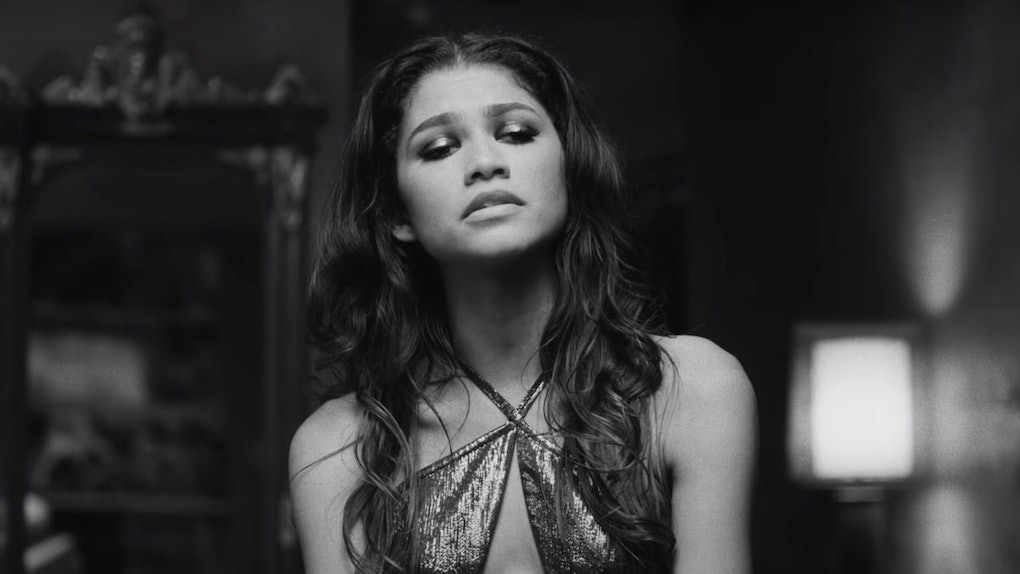 These Tweets About Zendaya's 2021 Oscar Snub Will Have You Raging

There's no denying Zendaya's past year has been incredible. Along with starring in an emotional, therapeutic standalone episode of her HBO series Euphoria, she also delivered an intensely dramatic performance in her black-and-white Netflix film Malcolm and Marie. The gritty relationship drama released at the beginning of 2021 to a lot of initial awards season buzz, but sadly, when the Oscar nominations were announced, the film didn't get any love. These tweets about Zendaya's 2021 Oscar snub show how disappointed her fans are with her performance not getting recognized.

The 2021 Oscar nominations were announced on Monday, March 15, a little over a month ahead of the ceremony, which is scheduled to take place on April 25. But as Nick Jonas and Priyanka Chopra read off the names of all the films and actors being honored this year, Zendaya was notably absent. She was eligible to be nominated in the Actress in a Leading Role category, and fans were hoping she'd get a nod, but instead, those nominations went to Viola Davis, Andra Day, Vanessa Kirby, Frances McDormand, and Carey Mulligan.

Not only that, her movie Malcolm and Marie didn't get any nominations at all. While the film itself received mixed reviews, Zendaya's performance won widespread critical praise, leading fans to get their hopes up for a possible Oscar nomination. That didn't wind up happening, though, and Zendaya fans quickly took to Twitter after the nominations were announced to express their disappointment.

In fairness, the Best Actress category is consistently one of the most stacked Oscars categories every year. This year is no exception, given Viola Davis' commanding performance in Ma Rainey's Black Bottom, Andra Day's emotional portrayal of Billie Holiday in The United States Vs. Billie Holiday, Vanessa Kirby's much-praised part in Pieces of a Woman, Frances McDormand's transformative lead role in Nomadland, and the undeniably electric energy Carey Mulligan emitted in Promising Young Woman. Still, Zendaya showcased serious star power in Malcolm and Marie, so it would have been great for fans to see her snag a spot among those actors as well.

Find out who will take home the top movie prizes this year when the 2021 Oscars air on ABC on Sunday, April 25.

More like this
Zendaya's Instagram About Voicing 'Space Jam: A New Legacy's Lola Bunny Is A Throwback
By Abby Monteil
Here's How To Stream 'Nomadland' So You Can Finally Get The Hype
By Rachel Varina
Is Netflix Making A 'To All The Boys' Spinoff Series About Kitty? Here's The Tea
By Rachel Varina
Stay up to date