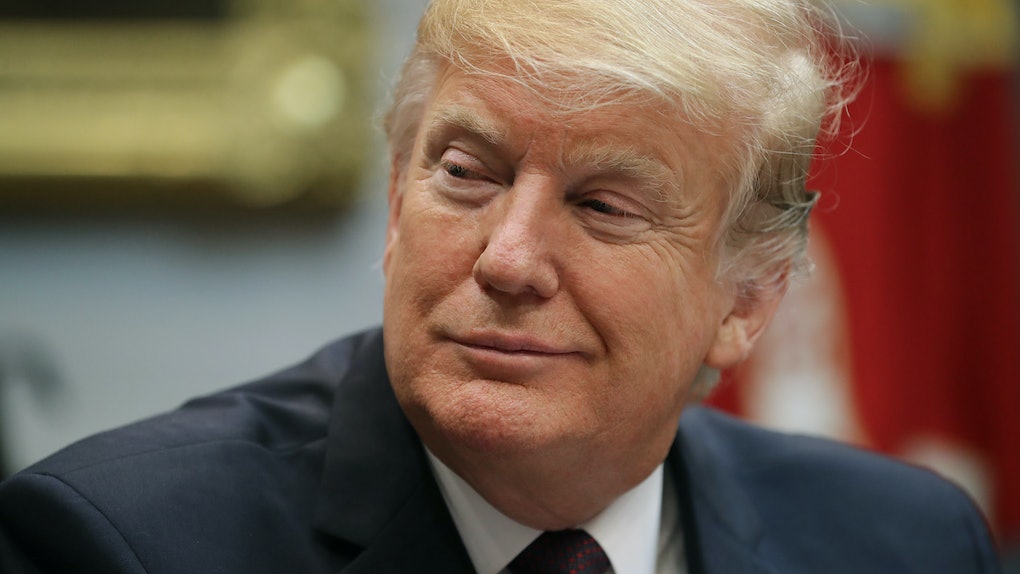 If you think President Trump is going to stop his calls for a border wall just because he and Congress reached a deal to end the historic partial government shutdown that didn't include it, you are sadly mistaken. On Jan. 26, Trump tweeted a movie trailer-style video about his border wall, featuring his apparent new slogan for the barrier (more on this in a sec), and it's honestly just too much for Twitter to handle. As you can probably imagine, the tweets about Trump sharing a border wall video are seriously going in.

Trump captioned the post, "BUILD A WALL & CRIME WILL FALL," which appears to be a phrase he recently picked up. The White House did not respond to Elite Daily's previous request for comment regarding the phrase.

To make matters worse, some started mocking his phrase — again.

For now, it's totally unclear whether the wall will ever come to fruition. Democrats have long refused Trump the $5 billion-plus he's been asking for to build the barrier, instead offering $1.3 billion for border fencing and barriers, which he turned down. The back-and-forth eventually led to the government shutting down for more than one month.

On Jan. 25, the president announced that a deal was reached to reopen the government until Feb. 13, which will give Trump and Congress three weeks to negotiate on wall funding. Although the deal didn't appear to include money for his wall, the president made it clear that if it isn't given to him by Feb. 13, not only will he shut down the government again, but will "use the powers afforded to [him] under the laws and the Constitution of the United States to address this emergency." Elite Daily reached out to the White House for any additional comment at the time, but did hear back. Though Trump didn't clarify what "powers" those are, it was previously reported that he was considering declaring a national emergency, which would allow him to pull funds from the Department of Defense and other sources to finance his wall.

While he and Congress sort things out, expect a lot more tweets from the president stressing his wall. Maybe even more movie trailers.