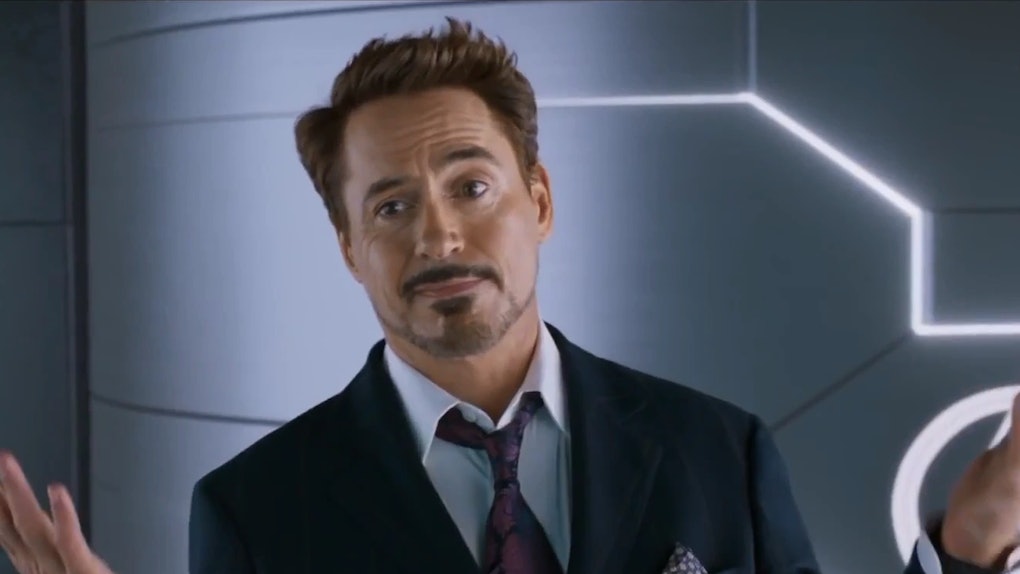 The Falcon and the Winter Soldier has finally arrived, but strangely enough, the premiere episode had Marvel fans all talking about a hero who isn't even in the new series. The series premiere put the superheroics aside (for the most part) to delve into Sam Wilson and Bucky Barnes' personal lives in the aftermath of their friend Steve Rogers' retirement, and one particular struggle for Sam caused a lot of viewers to side-eye Tony Stark. These tweets about Tony Stark not paying the Avengers sparked a new debate among the fanbase.

In the first episode of The Falcon and the Winter Soldier, which Disney+ dropped on Friday, March 19, both Sam (Falcon) and Bucky (the Winter Soldier) are in rough spots without their bestie Captain America. Bucky is in therapy trying to work through all the harm he caused while under Hydra's control, while Sam is struggling to balance his personal life with his superhero expectations after turning down Steve's offer to take his place as the new Captain America. It's clear this new series will focus on the smaller, more everyday hardships among the Avengers... including the surprisingly difficult process of getting a bank loan.

After returning home to Louisiana to help out his sister Sarah, Sam learned his family's fishing business was in dire need of some financial support. Despite being one of the most famous heroes on Earth, Sam actually doesn't have enough cash to help out himself, and when he tries to apply for a loan from the bank, he's turned away.

The revelation about the Avengers never really making any money from their heroics caused a lot of fans to question why Tony Stark — one of the richest men in the world — didn't provide for his teammates.

Not everyone viewed Sam's financial situation as Tony's fault, though. Some fans pointed out that Tony technically was never obligated to pay his fellow Avengers, plus his death in Avengers: Endgame coincided precisely with Sam coming back to life after his five-year disappearance in the Blip.

Unfortunately, Tony isn't around any more, so there really isn't anyone to help Sam out with his family's struggling business. It turns out saving the world really doesn't pay the bills.