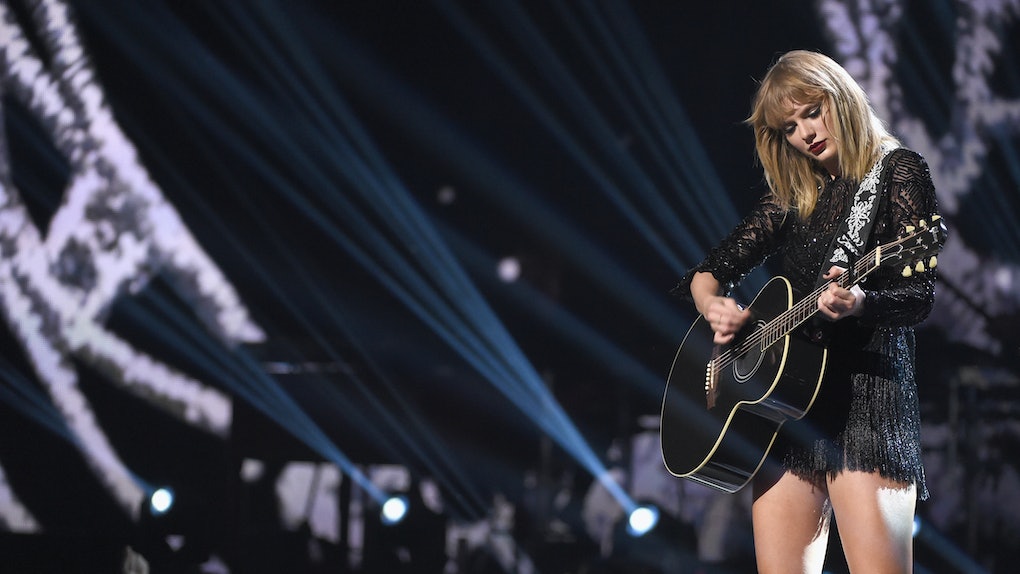 The iHeartRadio Awards are ostensibly about those who are nominated and performing, and who have been the biggest things on the streaming network in 2017. But when you're Taylor Swift, rules don't really apply to you. Earlier this week, the artist, who is not in attendance, nor scheduled to perform, announced she would be using the event to debut her latest music video, for "Delicate," the sixth single from her Reputation album. Once the video arrived, tweets about Taylor Swift's "Delicate" suggested that the audience at home would be talking about little else for the rest of the evening.

Swift hasn't had quite the out-of-the-box success with Reputation that she did with some of her earlier albums, like the monster hit-generator 1989. That's partly because that level of success is hard to maintain. It's also because the world, and Swift have changed in the last few years. The feud between her and Kim Kardashian especially seemed to do damage to Swift's, well, reputation. While her hardcore fans have been there for her since her return, her singles haven't hung around the top of the Billboard charts. (Though her album is one of the best selling of 2017.)

But that hasn't stopped the release of "Delicate" being the highlight of the evening. Even before the show started Twitter was already a flutter at the very thought of the video's arrival.

The song, which is a really oddly quiet track, has an old Hollywood feel to it, with the staged streets of the city, and too-clean subways, but modern dancing. It's a bit like what would happen if Gene Kelly were to make a music video in 2018.

But for many of her fans, it's what wasn't in the video that matter the most.

There was no male love interest.

The video was just Taylor, happy in love... with life and herself.

The lack of focus on men made the video far more emotionally relatable to a lot of her fans, espeically those who are single.

The lack of men and love interests meant that her fans could concentrate on what matters most: Taylor herself.

And though fans know who the song is about, it just made it all the sweeter that she didn't try to put in a stand-in man or anything.

Since the focus was all on Taylor and her dance movies, it also became about Taylor and the faces she pulled throughout the video as well, some of which are destined to become instant meme classics.

Other fans were simply overcome by the adorableness of the entire presentation.

Most fans seemed moved by the joy Taylor exuded throughout the four minute video.

And others admitted her dancing, while not perfect, was perfectly adorkable, as it should be.

Most fans were just a ball of joyous emotion themselves after the video was over.

For many the reminder from Swift before she introduced the video that she was rehearsing for her upcoming tour mashed together with their response to the video. Since this is the dance she does in the video, why not also perform it on the tour? Yes, the whole think, train and all. Let's turn this into Taylor Swift: The Musical.

But not everyone was as thrilled by the video as the fans. A few even had the same "mothering" reaction I had: Where are her shoes? That dress is not enough clothing to wear in a rainstorm! Really, barefoot on the subway? Is that safe?

But for the rest of Twitter, it was all just too much on a day when we already lost and hour of sleep.

It's OK, I'm sure Taylor would understand.