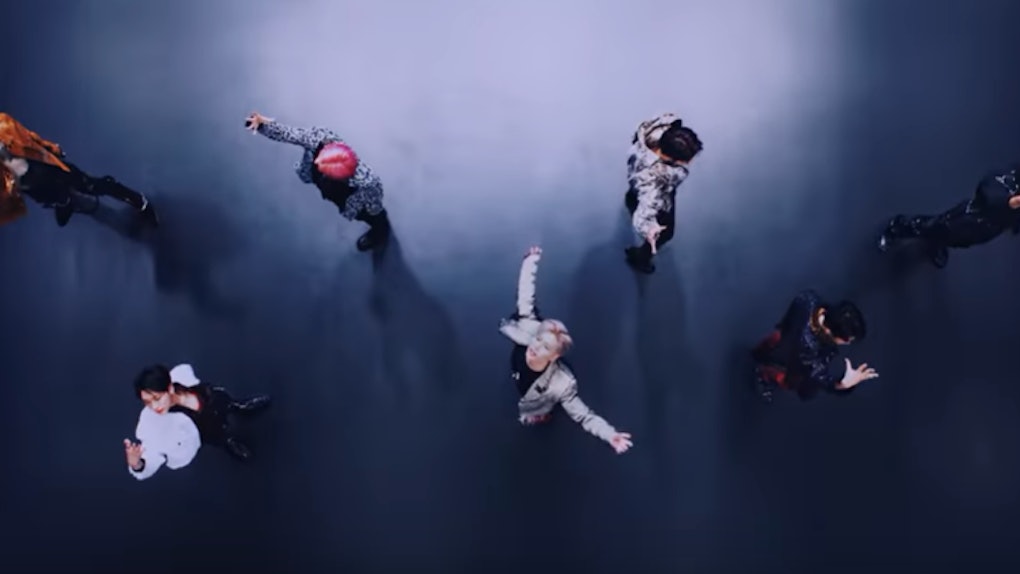 These Tweets About SuperM's "Jopping" Video Are So Hype

The hype surrounding SuperM's debut has been so real and that's probably because SuperM is bringing together different fandoms. Why? The seven-member group is nicknamed "the Avengers of K-Pop" because it's made up of SHINee's Taemin, EXO'S Baekhyun and Kai, NCT's Taeyong and Mark, and WayV's Ten and Lucas. When news came out that a new K-Pop group was debuting and that it consisted of all the guys listed above, fans only had one word to describe the upcoming group: TALENT. People couldn't deny that SuperM's debut was going to be huge. Now debut day has finally come and fans on Twitter haven't stopped talking about SuperM and their "Jopping" music video since it released at midnight. You have to see these tweets about SuperM's "Jopping" music video because they are so hype.

SuperM has been teasing their "Jopping" music video for weeks by sharing still images from the video on Twitter and also by sharing a teaser clip on YouTube. Both the pictures and teaser hinted the "Jopping" music video was going to be full of action. Basically, it looked like something out of a James Bond film or The Fast and the Furious franchise because the teasers showed the guys speeding down the highway in luxurious cars and motorcycles as if they were on a mission of some sort.

If you don't believe me, check out the "Jopping" teaser below.

The amount of action shots you can fit in just 30 seconds is amazing, right? Now the "Jopping" music video is out in full and obviously, it's so much better than a 30-second teaser. As expected, the music video is jam-packed full of action, choreography, and a killer chorus. What a way to debut, guys!

You can watch the "Jopping" music video below.

Honestly, same. The production? A+. The choreo? A+. The vocals? A+. The visuals? A+. Every part of the "Jopping" music video is on point and, like I said, it looks more like a freaking movie then a music video because it's so dang action-packed. I guess that's why SuperM dubbed themselves the "Avengers of K-Pop," amirite?

Not only did SuperM's "Jopping" music video come out on Oct. 4, but the group's self-titled EP dropped, too.

You can listen to Super M's seven-track EP below.

These guys are totally slaying and the best part is that it's only the beginning!