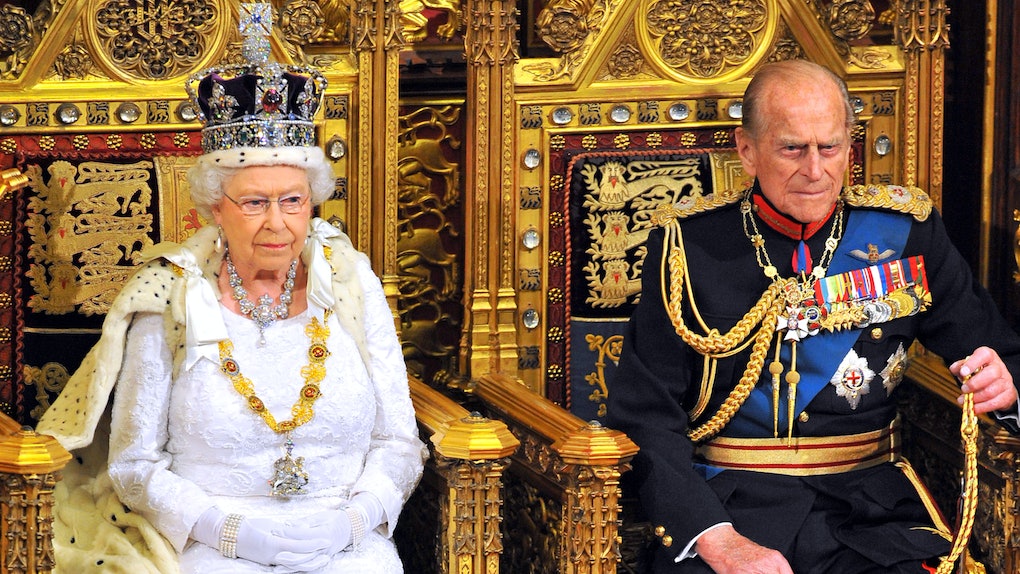 Prince Philip, Queen Elizabeth II's husband and the longest-serving consort in British history, has died at 99. "It is with deep sorrow that Her Majesty The Queen announces the death of her beloved husband, His Royal Highness The Prince Philip, Duke of Edinburgh," an official royals communications statement read. "His Royal Highness passed away peacefully this morning at Windsor Castle. Further announcements will be made in due course." These tweets about Prince Philip's death are truly heartbreaking.

On Instagram, the royal family's official statement continued, "The Royal Family will join people around the world in mourning his loss." Prince Philip experienced several hospitalizations toward the end of his life, most recently in February, when he was treated for an infection, plus a pre-existing heart condition.

Immediately following the news, U.K. Prime Minister Boris Johnson addressed the nation by honoring Prince Philip's devotion to the crown. "Like the expert carriage driver that he was, he helped to steer the royal family and the monarchy so that it remains an institution indisputably vital to the balance and happiness of our national live," Johnson said, making note of Prince Philip's time serving in World War II, plus his work as an environmentalist.

Johnson also honored Prince Philip's "steadfast support" of the Queen, "not just as her consort, by her side every day of her reign, but as her husband, her strength and stay of more than 70 years." He continued, "It is to Her Majesty and her family that our nation's thoughts must turn today because they have lost not just a much-loved and highly respected public figure, but a devoted husband and a proud and loving father, grandfather, and, in recent years, great-grandfather."

Soon after, royal fans took to Twitter to mourn his life and legacy as well. Fans also expressed their condolences to the Queen and Prince Philip's relatives.

The reactions also came from world leaders like Canadian Prime Minister Justin Trudeau and British stars such as singer Boy George, who called him "a character."

As details surrounding Prince Philip's funeral proceedings come together, Queen Elizabeth will reportedly enter an eight-day period of mourning. Her official statement about the death of her beloved husband will surely be a tear-jerker.