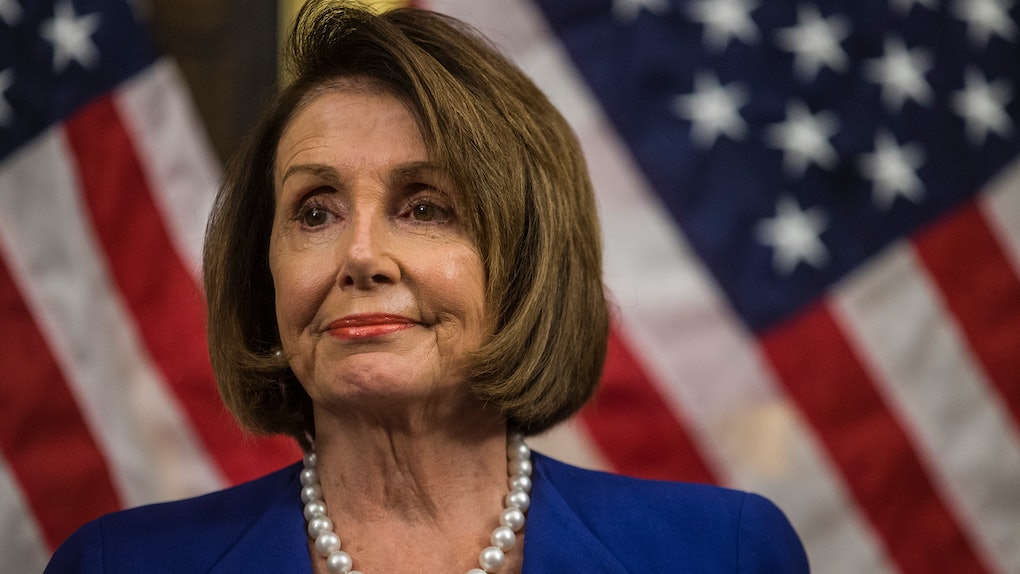 On Oct. 16, lawmakers met with President Trump and members of his administration to discuss a House resolution about the United States military's pull-out from Syria. The meeting ended when Congressional Democrats walked out, on the basis that Trump was purportedly addressing House Speaker Nancy Pelosi in a demeaning way. After the meeting, Pelosi suggested that lawmakers had witnessed Trump having a "meltdown, sad to say." Trump responded by tweeting a photo of Pelosi speaking to the group with the caption "Nervous Nancy's unhinged meltdown!" However, these tweets about Pelosi's so-called "meltdown" turn Trump's insult back on him.

On Oct. 13, Trump ordered the withdrawal of U.S. troops from northern Syria, despite bipartisan disapproval for leaving America's Kurdish allies without support — just as Turkish forces advanced further south in Syria. According to The New York Times, Defense Secretary Mark Esper defended the decision, saying that it had been made to protect U.S. troops on the ground as Turkish forces pushed southward. Elite Daily did not immediately hear back from the White House about Trump's response to the bipartisan criticism he received.

Three days after announcing the troop withdrawal on Oct. 16, the House of Representatives passed a resolution condemning Trump's decision with a 354-60 vote. Later that day, lawmakers met with Trump administration officials — including the president himself — to discuss Turkey, Syria, and the House resolution. After the meeting, Pelosi and other Democratic lawmakers suggested that Trump was "shaken up" by the House resolution, and that he'd had a "meltdown" during the meeting. Elite Daily did not immediately hear back from the White House about Trump's reaction to lawmakers' claims he'd had a meltdown.

In response to Democratic lawmakers, Trump tweeted a photo of Pelosi standing up and pointing a finger at the president. In the photo, she's one of the only women in the room and the only one visible as seated at the table.

But social media users flipped the script, and that started with Pelosi. After the president's tweet, Pelosi used the image as her cover photo on her Twitter and Facebook pages.

The tweets about Pelosi's supposed "meltdown" defended the House speaker and lauded her for standing up to the president.

After the photo went viral, Pelosi told reporters on Oct. 17 that "I think I was excusing myself from the room" the moment the picture was taken. She added that the moment depicted in the photo could have been when she was expressing her "concerns about all roads leading to Putin," or her confusion about Trump sending troops to Saudi Arabia rather than back home to the United States. Elite Daily reached out to the White House for comment on the U.S.' withdrawal of troops from Syria and Pelosi's remarks, but did not immediately hear back.

“Speaker Pelosi had no intention of listening or contributing to an important meeting on national security issues," Grisham claimed in her statement to USA Today. "While Democratic leadership chose to storm out and get in front of the cameras to whine, everyone else in the meeting chose to stay in the room and work on behalf of this country.” Elite Daily reached out to representatives of Pelosi for response to the remark, but did not immediately hear back.

But Minority Leader Chuck Schumer told reporters that Trump had reportedly described Pelosi as a "third-rate politician," though Pelosi later said that Trump had actually used the phrase "third grade politician." Elite Daily did not immediately hear back from Pelosi about what Trump had said to her during the meeting. Trump continued to attack Pelosi on Twitter throughout the day on Wednesday, describing her as a "very sick person" who "needs help fast." Elite Daily reached out to representatives of Pelosi for response to the remark, but did not immediately hear back.

So, who's ultimately having the meltdown? That depends, I guess, on your own — and the camera's — perspective.