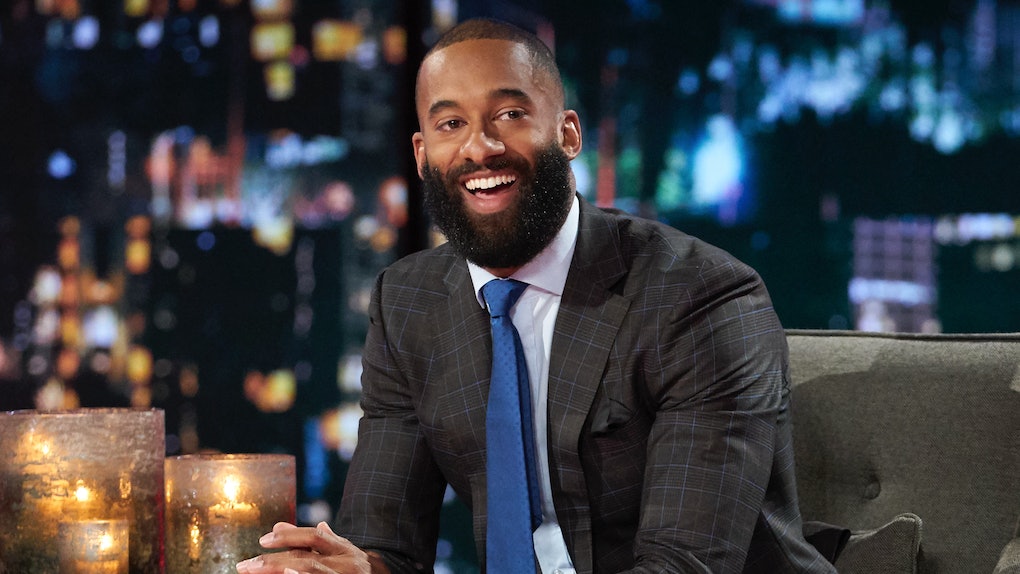 These Tweets About Matt James' Beard On The "Women Tell All" Are... So Much

While every season of The Bachelor is dramatic in its own right (that's kinda the point), Season 25 has definitely been one for the books. Between queens fighting over crowns, self-eliminations, and a Bachelor who had never been part of the franchise before, there have been *plenty* of ups and downs. And although the season is finally winding down, it's not quite done doling out surprises, as evidenced by the Bachelor's new ~lewk~ in the March 1 reunion episode. No joke, Matt James' beard on the "Women Tell All" had Twitter all kinds of frazzled.

Heading into The Bachelor, it was obvious Matt had all the trappings of a great lead, despite never having previously been on a Bachelor franchise show (a departure from recent Bachelor Nation tradition of selecting the Bachelor from a previous Bachelorette season). He was single, hot, and successful in both his career and his philanthropic endeavors. And even though some fans might not have known Matt for as long — or as intimately — as they knew past leads, most of them quickly warmed up to his good humor and, yes, his handsome face.

That's why fans were shook when Matt showed up to the March 1 "Women Tell All" episode looking very different. After being clean-shaven all season, the Bachelor arrived to the special with a very full beard, and fans have *thoughts* about it.

Many people like to change up their appearance after a big life event, so maybe growing a beard made sense for the lead after going through filming. But some fans have taken this theory even further, speculating that this is specifically a breakup look, indicating he's no longer with whoever he ended up with on the show. It's not a theory that can be easily backed up, but considering how many people cut their bangs after getting their hearts broken, it's definitely something to consider.

Whether or not Matt is currently coupled up is still TBD, but the Bachelor was happy to explain the reasoning behind his new look during the "Women Tell All." According to Matt, he "came out of [the show] a little bit wiser,” which is why he said he grew a wizard-style beard.

After going through a stressful season, chances are Matt has learned a lot about himself. As for whether he comes out the other side engaged or single, it looks like Bachelor Nation will just have to hold on by the hair of their chins and wait for Season 25 to come to a close.