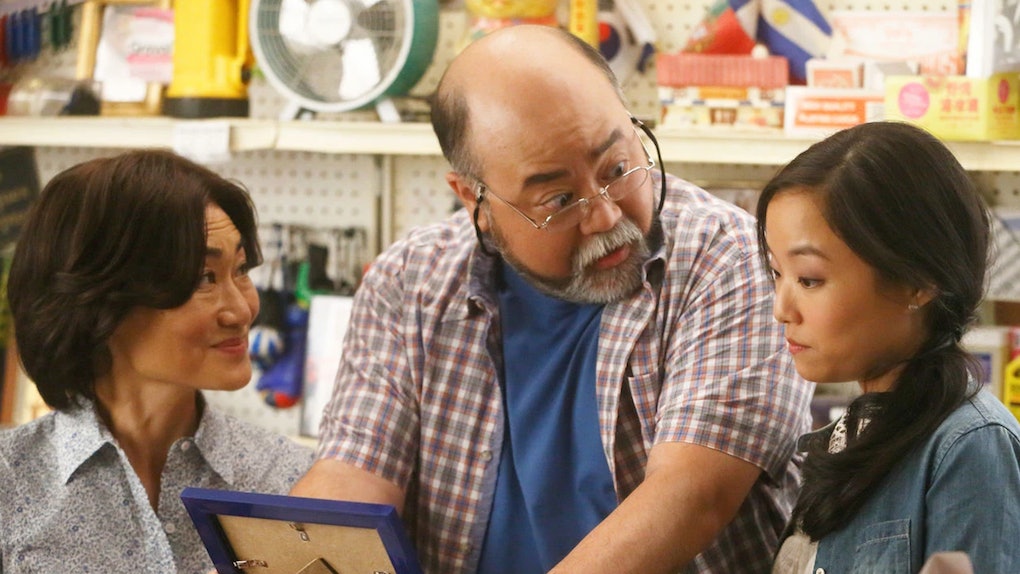 These Tweets About 'Kim's Convenience' Ending With Season 5 Are Heartbreaking

Kim's Convenience is saying "OK, see you" one last time. On March 8, Canadian TV network CBC announced the beloved comedy was officially drawing to a close. But many viewers aren't ready to say goodbye to the Kim family just yet, as evidenced by these heartbreaking tweets about Kim's Convenience ending with Season 5.

The sitcom follows the ups and downs of the Kims, a Korean-Canadian family whose members work to understand each other while they run their business in Toronto. Although the show has flown somewhat under the radar in the United States, it's gained a loyal fanbase since it was added to Netflix in 2018 and has received praise for depicting nuanced Asian and immigrant characters on TV. Although Kim's Convenience was originally renewed for a fifth and sixth season in 2020, co-creators Ins Choi and Kevin White decided to leave the show after Season 5, so it will end early.

"Kim’s Convenience has meant so much to our cast, writers, crew, and audiences around the world. Despite the restrictions and complications of shooting during the pandemic, Season 5 is our finest season to date," the show's producers wrote in a joint statement. "It’s been a privilege and a very great pleasure to work with the Kim’s family of gifted writers and performers for the last five years. Thank you to our fans for the love and support you’ve given this show.”

Viewers were understandably shocked Kim's Convenience was ending early and took to Twitter to share all their feels.

Although the show's unexpected cancellation is heartbreaking, American viewers can still look forward to watching the final season when it arrives on Netflix. Season 5 is currently airing in Canada, but given that the streamer is usually quick to put up new seasons of Kim's Convenience after they finish airing on CBC, you can expect Season 5 to arrive on Netflix sometime in April. Season 4 ended on a few cliffhangers (such as a health scare with Umma and an unexpected development in Janet's love life), so when Season 5 arrives, it'll definitely be one emotional goodbye.

The first four seasons of Kim's Convenience are streaming on Netflix now.