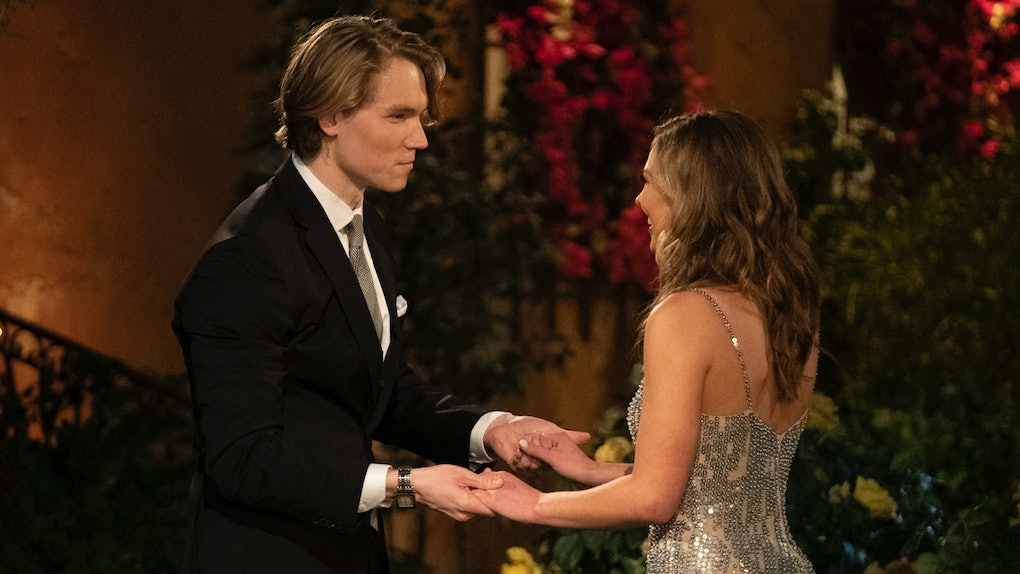 John Paul Jones is a financial analyst from Maryland who is here looking for the real deal. When John Paul Jones isn't daydreaming about his future wedding, he enjoys traveling the world and contemplating the meaning of life. Could Hannah be John Paul Jones' future bride?

Bachelor Nation is skeptical of the financial analyst, though, so he definitely already has a ways to go to win over fans.

Some fans noticed that John Paul Jones – it seems only right to continue to address him by his full name – bares a striking resemblance to a certain fictional character:

John Paul Jones definitely looks a lot like the prince from Shrek 2, and while looking like a prince is usually a good thing, that particular prince is a bad guy. A lot of fans have pointed out that John Paul Jones looks and sounds like he could be a movie villain.

Even host Chris Harrison knows that John Paul Jones is a lot to handle. In his video introduction of all the contestants in the mansion this season, Harrison shortened John Paul Jones' name and said, "JPJ isn't a contestant on the show so much as he is a mood. He's a way of life."

Part of that way of life is, apparently, drinking champagne and rarely using words that are less than three syllables long, since those are key fun facts John Paul Jones lists about himself in his bio. I guess it works out that his name is exactly three syllables long, so that then he can just repeat his own name and live up to that personality trait.

The same day as the Bachelorette premiere, John Paul Jones posted an Instagram with the mysterious caption: "Into the abyss we go."

Could John Paul Jones be referring to his upcoming Bachelorette experience as an abyss? Perhaps he's just preparing himself for the onslaught of tweets about him that are coming. Either way, it's sure to be an adventure for John Paul Jones and all of Bachelor Nation.