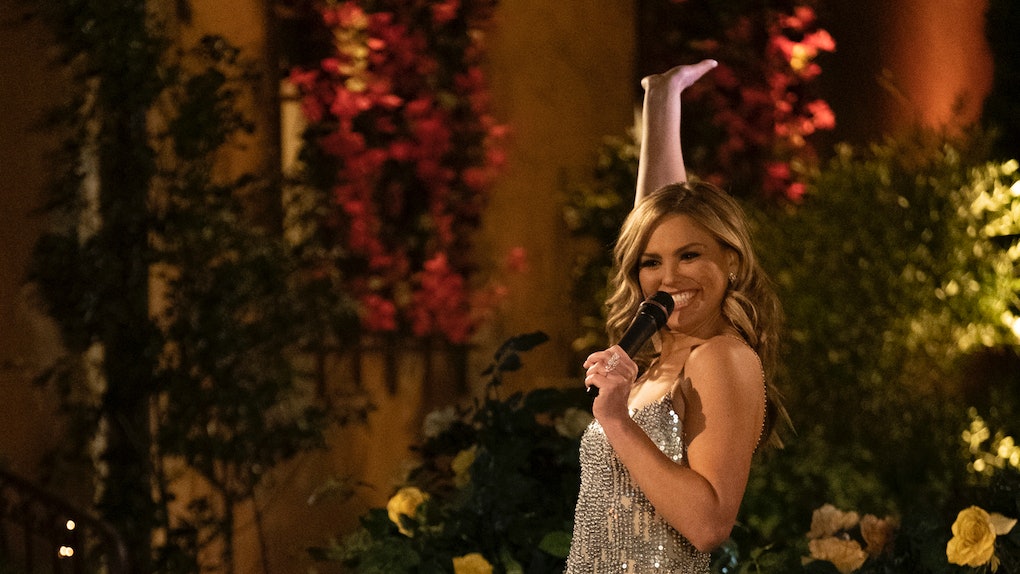 Hannah's season of The Bachelorette is here all of Bachelor Nation is watching. The former Miss USA contestant was known as Hannah Beast during her time on Colton's season of The Bachelor, and the premiere episode introduced Bachelor Nation to a wild group of men. These tweets about Hannah's Bachelorette premiere show fans' wide range of feelings about this new season.

A lot of fans in Bachelor Nation are saying "Roll Tide!" for the Alabaman Bachelorette and are celebrating her return to the mansion. Fans are especially appreciating how honest Hannah is about who she is, problems and all. In an interview with The Hollywood Reporter, host and producer Chris Harrison talked about how Hannah's vulnerability is what makes her so special. He said:

That’s when I really found Hannah the most powerful and the strongest — but, at the same time, the sweetest and the most loving — is when she really embraces the fact that she’s got some issues. There’s only one way for her to go through this and that’s her way, and it’s very particular. She needs time to process things. Sometimes things can be overwhelming and she needs to slow it down and really think about it. And I really respect and love that about her. That she embraces it, owns it, puts it out there for everyone to see and that she’s not ashamed. That’s when she showed her greatest strength.

First of all, Bachelor Nation was simply happy to have Bachelorette Mondays back:

Besides the joy of the series returning, fans on Twitter were happy to see Hannah as the Bachelorette. Fans came to know and love Hannah Beast during Colton's Season of The Bachelor, so they had fun seeing her return to the mansion.

Hannah has made it clear that she wants her future husband to know the real her, flaws and all. During an appearance on Ellen, she talked about the traits she's most interested in finding in a future partner. She said:

Gotta be good looking. Just a good human… a good heart, kind, strong, but ultimately I want at the end of this for them to know me and and know every part of me and not just some version that I packaged together.

Fans had a lot of feelings about all the quirks of all of Hannah's men. Some captured the hearts of Bachelor Nation, and others were more funny than dreamy.

Even though only the premiere has aired, there have already been some bumps in the road to Hannah finding love. During the first night in the Mansion, Hannah found out that one of the contestants was lying about his relationships status. Hannah's friend (and former Bachelor contestant) Demi revealed that Scott had a girlfriend who had just spoken to earlier that week. Fans on Twitter had a lot of feelings about Scott's secret, and the fact that Hannah didn't hold anything back when she found out.