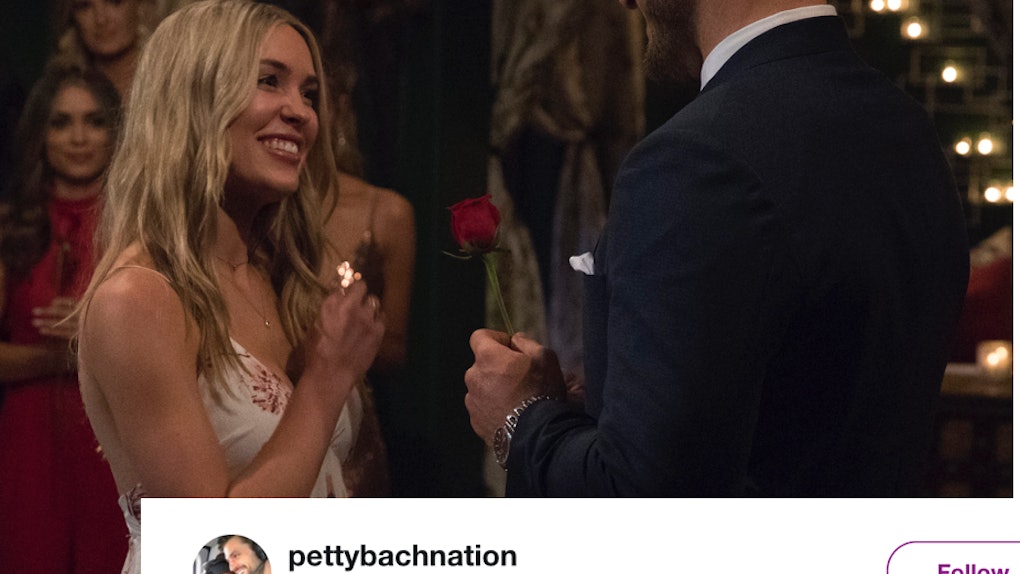 Bachelor fans has been through a lot of ups and downs with Colton Underwood. From watching his breakups on The Bachelorette and Bachelor in Paradise, to the heart-wrenching breakups in the finale of his season of The Bachelor, it's a wonder that there are any tears left in all of Bachelor Nation. But, luckily for both fans and for Colton, this season of The Bachelor ended on a relatively happy note. Cassie and Colton agreed to give their relationship a go without any of the pressures of an impending engagement. Bachelor Nation has a lot to say about this outcome, and these tweets about Colton and Cassie show the wide range of opinions.

All the Cassie and Colton drama started way back at the beginning of this season, when several other women in the mansion warned Colton that some of the women in the house might not be looking for the same things he wants. Cassie defended herself, saying that she wouldn't be on the show if she didn't see a future with Colton. However, she didn't exactly live up to her word when she told Colton she wasn't sure she she could match his feelings for her. A lot of fans called Colton out for ignoring all the warnings he got about how Cassie might not be ready.

Meanwhile, other fans on Twitter wondered if Cassie knew what she was getting herself into when she signed up to be on The Bachelor.

Fans might question what Cassie's motives were, but at the same time it's easy to see how contestants could get swept up in all the emotions and drama of The Bachelor. Not many people can say that they've been in a situation where they're expected to fall in love with somebody at the same time as dozens of other people, all while being filmed. Some folks in Bachelor Nation have point out that Cassie being honest about where she is with her feelings might be the most mature response of all.

Some fans thought that Cassie seemed not so thrilled about Colton's decision to fight for her.

But, other fans were touched by Colton's romantic gesture to fight for Cassie.

After Cassie agreed to give her relationship with Colton another shot, he took her to Spain to meet his family. Before meeting Colton's family, Cassie shed a few tears. Because she was still feeling a little unsure, she was worried she would disappoint Colton's family. "I just don't want to let them down," she said. Some fans pointed out that Cassie was reacting like she was not ready for this step in their relationship.

Colton's parents were a little suspicious of Cassie after they found out that she left him once before.

But even after his family expressed their concerns, Colton said, "I'd rather risk getting my heart broken than risk losing Cassie." Colton and Cassie went on one final date together. Cassie explained that she has trouble with feeling stifled in relationships.

But Colton assured Cassie that they'd be able to have their freedom as individuals while being together in a relationship. They're still together today, and told Bachelor Nation that they're happily in love. Even after all their tension, a lot of fans are still rooting for the couple.

Whatever the outcome of their relationship is, hopefully there will be a lot less fence-jumping in their future.