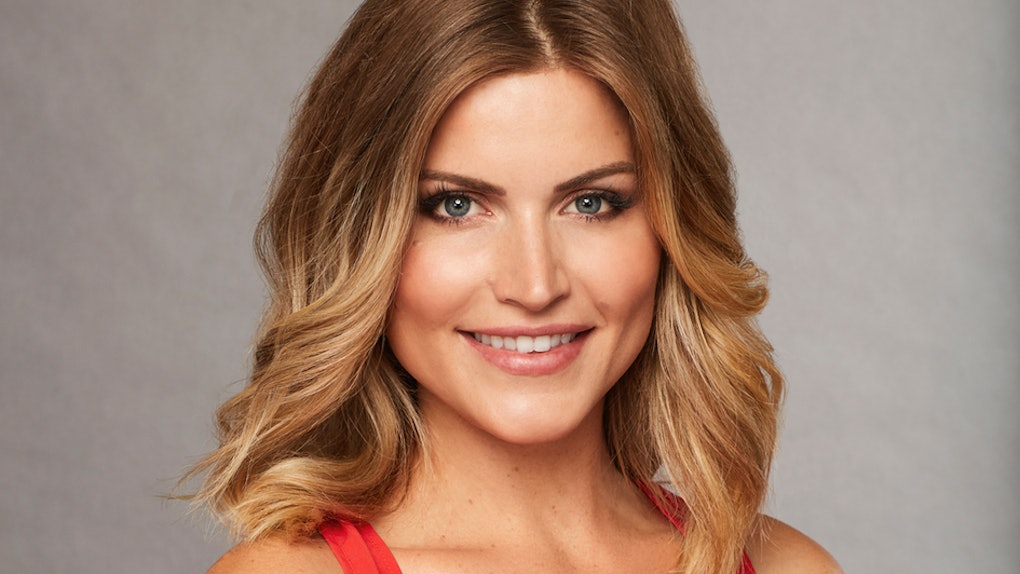 Twitter is on fire right now thanks to Chelsea on Bachelor in Paradise. With multiple guys vying for her attention, she's basically playing the role of the Bachelorette... in Paradise. During the rose ceremony on the Aug. 28 episode, it was a toss-up between Connor, John, Benoit, and David. But Chelsea just didn't know whom she wanted to choose. And these tweets about Chelsea's choice on Bachelor in Paradise show just how anxiety-ridden Bachelor Nation is at the moment.

Chelsea made it clear on multiple occasions that she's in paradise to find love. She's not there to mess around. So, it's imperative that she make the right decision. All that said, though, it's not an easy decision to make.

In any case, here's what fans are saying about Chelsea basically being the Bachelorette of Paradise:

So, who did Chelsea end up going with? It was Venmo John, of course! And, at first, that actually seems like a really sound choice. Not only is John super sweet and respectful, but he and Chelsea have such great energy together.

"I decided to give my rose to John last night because I think he has great potential," Chelsea reflected after the rose ceremony.

Her decision to go with John came at a pretty hefty cost. She basically broke Benoit's heart. He left paradise in tears, which is understandable since he was rejected twice in four days. Yikes! That can't feel good at all.

All that aside, though, Chelsea left the rose ceremony with renewed confidence... only for it to be crushed by a new arrival named Olivia. When getting to know Olivia, John said, point-blank, that he wasn't pursuing anyone. And then Olivia took him out on a date!

So, after all the drama and all the heartbreak, Chelsea was left back in paradise with a cloud of potential elimination hanging over her head. It looks like Chelsea may not have found love in paradise after all.

Should she have chosen Benoit instead? He definitely seemed very dedicated to finding love. And now that Chelsea has chosen John (who's turning out to be a bit of a playboy at this point), she risks going home earlier than she probably expected.

Even Chris was feeling bad for Chelsea. And she's definitely feeling sorry for herself after all that's gone down.

What makes the situation even worse for Chelsea is that she's the only person in paradise who isn't part of a couple. So, she definitely took a risk in giving John that rose.

With any luck, it'll all work out for Chelsea. Maybe some wild drama will go down that'll secure her place for the next rose ceremony. That all remains to be seen, though!