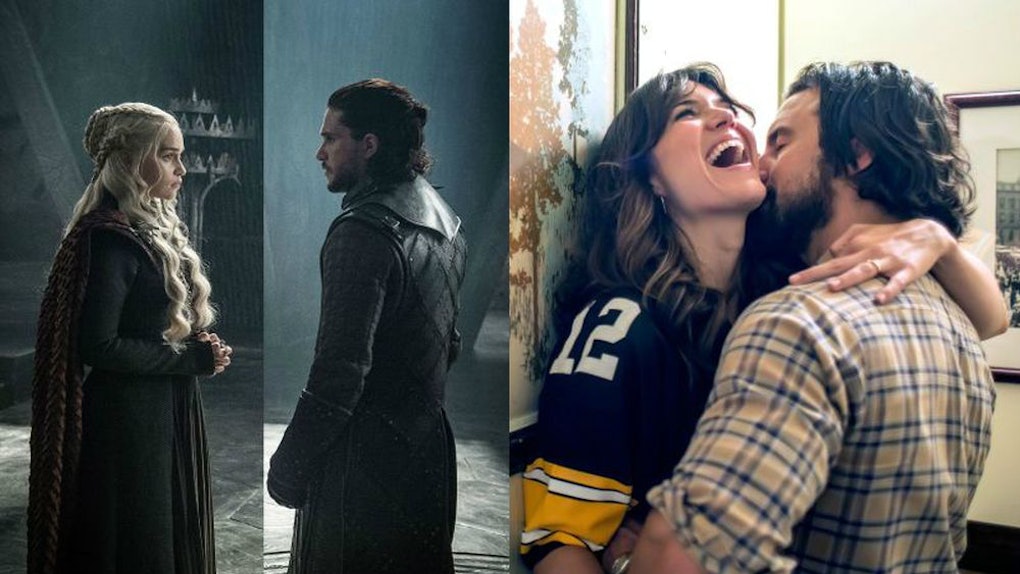 These TV Couples Costumes Are Perfect For You & Your Significant Other

Going out for Halloween is fun when you get to dress up as your favorite characters. But when you're going with your significant other, why not double the fun and dress in outfits that work together? The best Halloween outfits are the ones that work as a pair, especially when they're a couple everyone knows from TV. These TV couples costumes are some of the easiest to pull off and will have the extra benefit of everyone recognizing who you are pretending to be.

While some of these costume ideas are based on shows on the air right now, there are some that are just as easy and classic TV shows to boot. All of these are DIY outfits that won't break the bank either, and most of which can be ordered on Amazon, so it'll be at your door with two-day shipping if you have Prime.

I've rounded up easy DIY ideas for everything from high fantasy sci-fi to stuff you probably already have in your closet, from stuff airing on premium networks and streaming to stuff that's been around so long, even your parents will be able to guess who you are.

So let's run down five of the easiest TV couple costumes to wear for the biggest Halloween party of the fall this year.

The fact that Daenerys and Jon Snow's costumes have changed throughout the series shouldn't deter anyone from doing them as a couple. Whatever Jon Snow wears now, most fans recognize him best when he's in all black with a Jon Snow wig, and the IKEA rug cape. Daenerys is a little harder, but the white fur coat is probably one of the simplest outfits she's got, just add a silver chain and a Dany wig.

If you work in an office, Jim and Pam from The Office are costumes you probably already have in your closet. Jim is your standard issue blue button-down shirt (that every intern had three of), khaki slacks, and wear messy hair. Pam is whichever cardigan you have which is the most boring, plus a button down blouse no one will notice and a skirt that hits below the knee when you sit down. All you need is her hair, and you're set.

Another set of characters to dress up as are Jack and Rebecca from This Is Us. The entire point of This Is Us is that these people are just like us. Jack spends most of his time in a flannel shirt, red is slightly more recognizable, and jeans. The main thing is the being able to pull off the 1990s era mustache. Rebecca is a little harder because Mandy Moore is a glamour girl no matter what she's in, but a Steelers jersey and jeans are probably the most recognizable.

Listen, the Friends cast is an easy group costume, and the easiest of the two are Ross and Rachel. Ross wears a 90s era suit, which means a brown sports coat and an ugly tie on a blue button-down shirt. Rachel? Her most iconic look is a little black dress. All you need is the Rachel haircut wig, and you're set.

Like Jon and Dany, it doesn't matter that Mike & Eleven wear different outfits in new seasons. The easiest way to recognize them is to stick with the iconic look. For Eleven, that's the blonde wig, the pink dress, and the Eggos. For Mike, it's a bowl cut, a striped shirt, and corduroys.