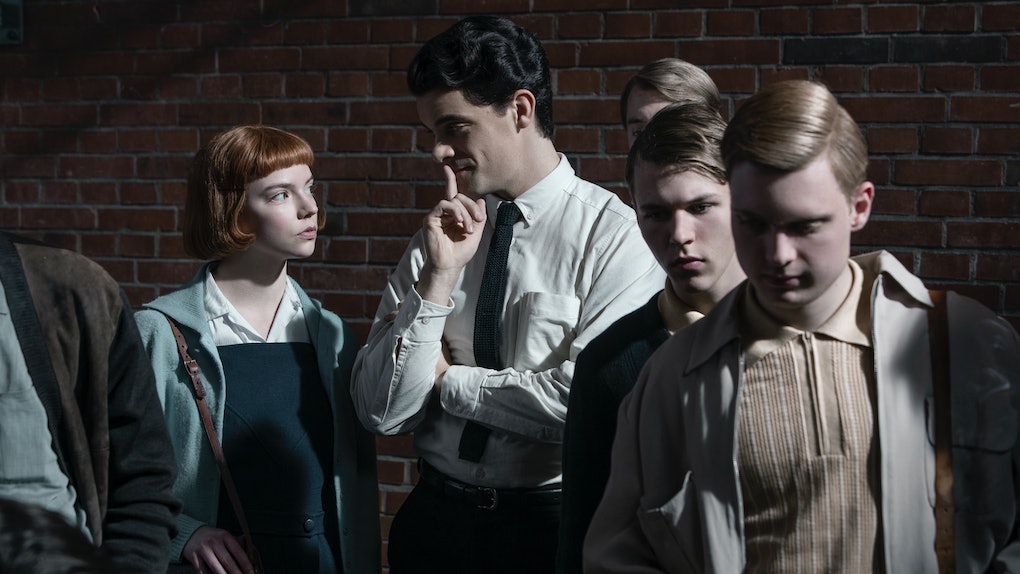 The year 2020 will be characterized as the one when the unexpected streaming shows went viral. From Tiger King to the resurgence of Hamilton, the hits were never where entertainment industry watchers expected. Case in point: The Queen's Gambit, a seven-episode limited series oddity starring Anya Taylor-Joy as a fictional chess prodigy in the 1960s. The series was critically lauded, but it surprised everyone by taking the mainstream by storm and becoming one of fall's hottest cultural references. Weeks after the show's premiere, Twitter is still getting flooded with The Queen's Gambit memes, and they are so, so good.

The irony here is that The Queen's Gambit seems so far away from the current, meme-heavy 21st-century world. Not only is it a period piece set in the 1960s, but it's also focused on chess, one of the most inscrutable games in the world. I mean, Beth Harmon's deepest desire is to go to Soviet Russia so she can sit in rooms once owned by royalty and beat old men at chess. One can see why most critics assumed The Queen's Gambit would not be a mass hit, even if it was adapted from a novel from the same author as such Academy Award nominees like The Hustler and The Color of Money.

But it turns out, Beth Harmon is all of us.

Even if some viewers don't understand her chess-playing ways, watching young Beth beat men left and right is enormously satisfying. Plus, trying to understand the game is just as fascinating as the story itself.

But let's be real. Part of the reason The Queen's Gambit took off had nothing to do with chess. Between Anya Taylor-Joy and Thomas Brodie Sangster, there was more chemistry in moving pieces around a chessboard than is probably legal in most states. TBH, pretty much every character (and even some settings) on the show is crush-worthy.

And, of course, there's Beth's style. Her late-1950s/early-1960s wardrobe isn't just a tribute to the era. Everything she wears is inspired by the chess board's lines, giving her a unique vintage style everyone wants to copy. Who knew 2020 would be the year everyone considered game board lewks?