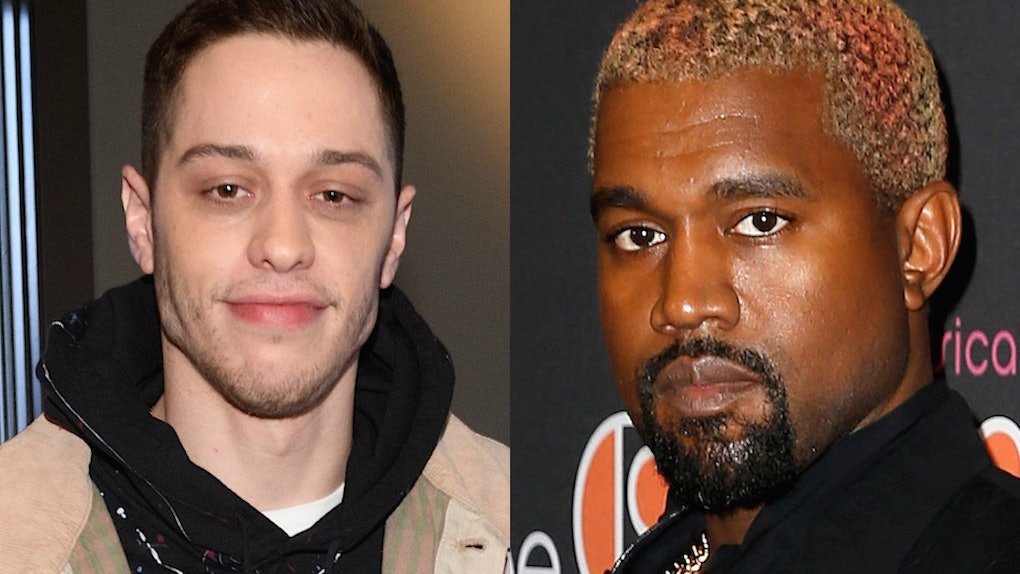 West was the musical guest on the season premiere of SNL in September 2018. At the end of the episode, after the show went off air, West took the mic and started going on a pro-Trump rant while wearing a MAGA hat. In part of his rant, which was caught on camera and posted to Instagram by Chris Rock and other members of the audience, West said, "So many times I talk to a white person and [they] say, 'How could you like Trump, he’s racist?' Well, if I was concerned about racism I would have moved out of America a long time ago."

He also talked about a "Democratic plan" to "take the fathers out the home and put them on welfare," and commented on the Get Out memes about West being in "the sunken place."

"You wanna see the sunken place?" he said in the rant, "OK, I'ma listen to y’all now. I’mma put my superman cape on, because this means you can’t tell me what to do… You want the world to move forward? Try love."

His superman cape, as he has explained, is the MAGA hat. In the months since, West has said that he's distancing himself from politics, but let's be real... we'll probably hear him talk about his political opinions again.

The week after his rant, Pete Davidson went on "Weekend Update" to comment on his rant.

"What Kanye said after we went off the air last week was one of the worst, most awkward things I’ve ever seen here. And I’ve seen Chevy Chase speak to an intern," he joked. "So, Kanye was wearing a MAGA hat… that's what it's called. Stupid. And he started saying people backstage tried to bully him into not wearing it. He wore it all week. Like, nobody told him not to wear it. Like, I wish I bullied you. I wish I would’ve suggested that it might upset some people like, your wife, or every black person ever."

Then Kanye said that Democrats broke up black families with welfare, and that slavery is not real. Do you know how wrong about politics you have to be for, like, me to notice? Do you know how annoying that is? Kanye is a genius, but like a musical genius. You know? Like Joey Chestnut is a hot dog eating genius. But I don't want to hear Joey Chestnut's opinion about things that aren't hot dog-related.

Near the end of Davidson's rant, Colin Jost asked, "Is there any way Kanye can win you back?"

"Yeah, there is," Davidson responded. "And I'll tell you in a way that Kanye understands." Then he pulled out a red hat he had made that said "Make Kanye 2006 Again." So yeah, there was a bit of drama between these two.

But now, here they are hanging out with Kid Cudi and Timothée Chalamet.

That... has got to be the most random group I've ever seen. Kid Cudi and West hanging out makes sense — they made an album together. And it makes sense that Kid Cudi and Davidson would hang out, as Davidson is the (self-proclaimed) biggest Cudi fan ever. But Timothée Chalamet? Love me some Timmy, but like, how did this group become a thing?

Kim Kardashian West also posted some pics of this new squad. They got together for Cudi's birthday.