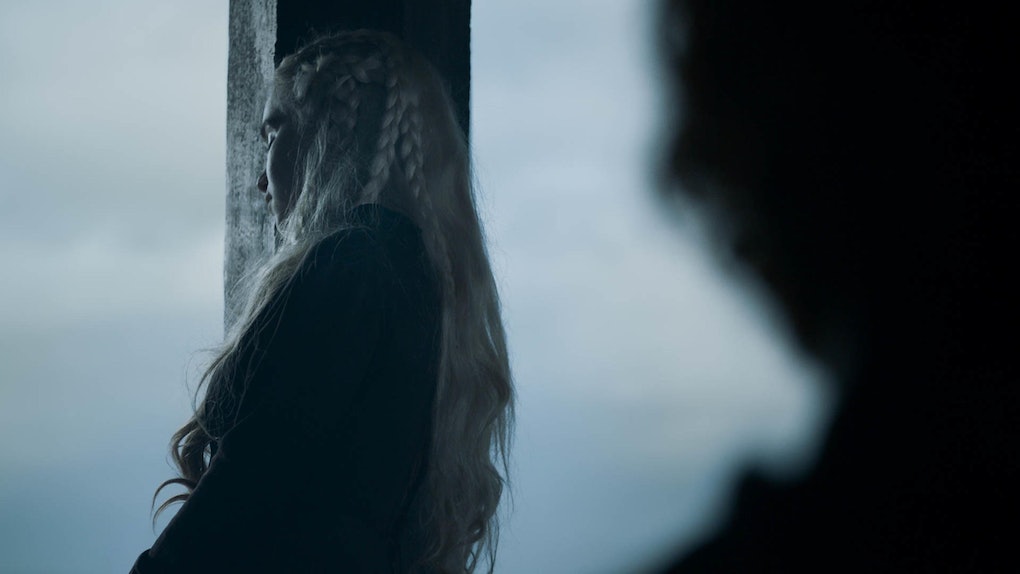 The second-to-last episode of Game of Thrones ever is nearly upon us. It means it's the second-to-last Game of Thrones Photograph Drop Day ever. However, this does not mean HBO has suddenly decided to let up and release a bunch of photos that give away the store. For this episode, there are nine photos, three of which are more portrait style images of characters than they are actual screenshots from the series. None of them give anything away. Well, almost none of them. Among the photos from Game Of Thrones Season 8 Episode 5, there is one that highly suggests where this episode is going.

The assumption is this episode will feature another massive battle, this time staged in King's Landing. That's a reasonable assumption too, considering the set up from the end of "The Last of the Starks" was Daenerys storming away from a parlay with Cersei that went very badly for Team Targaryen.

Moreover, though there is no title or synopsis, Episode 5 is directed by Miguel Sapochnik, who is the mastermind behind most of Game of Thrones' biggest battles, including Season 8 Episode 3, "The Long Night" which aired back at the end of April. The odds this week's feature-length episode will include another battle seem high, especially with photos like this one, where the Unsullied and the forces of the North are arrayed in front of King's Landing's gates.

Not quite the reverse shot of the above image, but a pretty good guess that Jon Snow and company are facing down King's Landing.

This photograph of the Golden Company, ready to defend King's Landing for cash also seems to suggest this week's episode is another long, bloody fight. At least fans will get to see what Harry Strickland and his men can do.

Euron is scanning the skies, looking to try and take down Drogon. Let's hope the death of Rhaegal was merely beginner's luck on his part.

Cersei looks like a woman who believes she'll win this battle because, at this point, she's won every other fight.

However, while these images of war play towards viewers expectations of a massive battle, there are a few pictures that suggest other things are afoot as well.

This photo, y'all. I cannot with this photo. You cannot tell me this photo is not the moment Jon discovers that he's about to reap every last terrible thing Daenerys warned him about when she said: "For the love of the old gods and the new, don't tell Sansa your real name." Varys is subtle. Varys is quiet. Varys is 100% sizing up just how to approach letting Jon Snow know he not only know the truth of his parents, but he's ready to flip hard in Jon's favor.

You know who is going to be very upset when she finds out? Daenerys.

It's not clear if the shadow in the foreground is Tyrion, but I'd be willing to bet on it, because of this image, which is also in Dragonstone.

Finally, a shot of grieving Grey Worm, who I fear will not survive this week.

Oh, Grey Worm. They should have gone to the beaches of Naath.