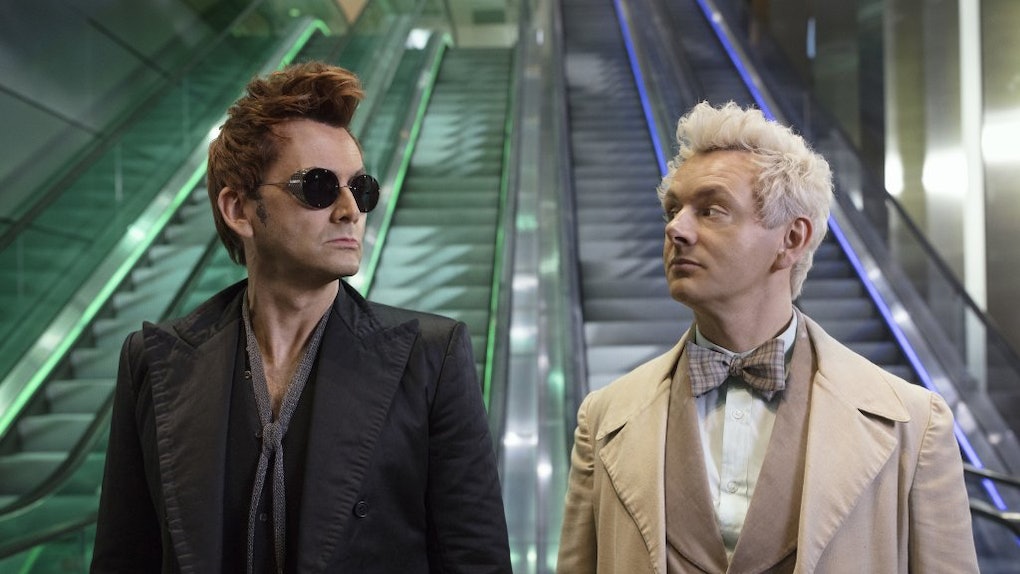 Author Neil Gaiman has slowly been staging a takeover of the prestige TV genre. First, there was American Gods over on STARZ, which will be debuting the second season in March. Then there's the deal he cut with Amazon to bring new content to the streaming platform. But in between these sits Good Omens, a standalone miniseries adaptation of Gaiman's book written with the late Terry Pratchett, and a labor of love dedicated to his old friend. But the show's latest marketing scheme shows Gaiman isn't the only one looking forward to the series. These #MissingAntichrist tweets are a hilarious reminder there's a legion of Gaiman and Prachett fans ready to see the end of the world.

For those who have never read Good Omens, it is a strange and silly book. The full title is Good Omens: The Nice and Accurate Prophecies of Agnes Nutter, Witch, and it details, in comedic form, the arrival of the Antichrist and the coming end of the world.

There's only one slight problem. God's current (and somewhat lazy) representative on Earth, angel Aziraphale (Michael Sheen) doesn't really want the world to end. He likes it here. He's not alone either. Satan's representative, the demon Crowley (David Tennant) has also grown rather fond of the place. The two of them team up to thwart the Apocalypse, but in doing so, they accidentally lose track of the Antichrist when there's a baby switcheroo.

As one can imagine, this is all very embarrassing, so the Good Omens Twitter account did the two of them a favor and put out a call to see if anyone had seen the Antichrist lately.

This being the Year of our Lord 2019, quite a few Twitter fans had indeed seen the Antichrist, and recently too! As reasonable people of Earth, they were only too happy to help out with many suggestions, including the last place he was spotted.

Other helpful people admitted they have not seen the Antichrist lately, but had ideas on where to check when stuff gets misplaced. Personally, I always find things in the last place I look for them, but since the Antichrist has two legs and is mobile, that isn't going to work in this case.

As for some students of the series, the clues were all there, but the answer was not. One of the problems with admitting the end of the world is coming right now is that all signs point to such an occurrence, but not when or where.

Speaking of self-referential, some recommendation were downright close to advertisements for the writers of the original book.

Funny that. Obviously, everyone should go book shopping.

Others figured the lead actors, or at least David Tennant, a fan favorite for playing the Tenth Doctor in Doctor Who, should get a shout out or two.

With no premiere date set, there's still time to find the Antichrist. It's just a matter of admitting the need for help.

Good Omens is expected to arrive on Amazon Prime sometime this spring.

More like this
These Fake 'Riverdale' Brand Names Are Even Better Than The Real Thing
By Rachel Varina
These Tweets About Regé-Jean Page Leaving 'Bridgerton' Are Royal Bummers
By Cianna Garrison
'The Crown' Season 5: Netflix Release Date, Cast, Plot, & More Details
By Ani Bundel
Stay up to date