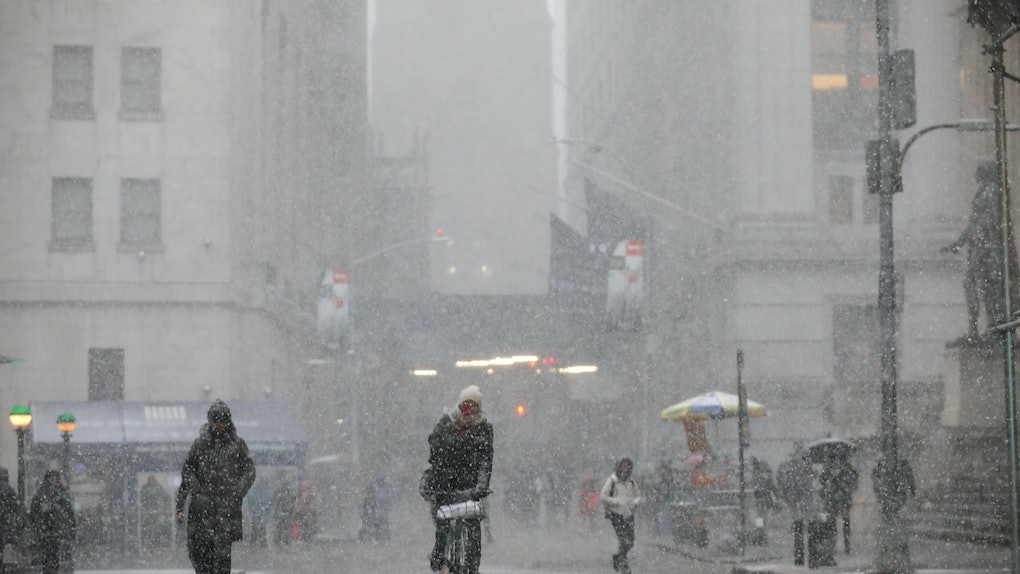 Y'all, it's cold out there. OK, that might be the understatement of the century, especially since the infamous 2019 Polar Vortex is in full swing across the entire United States. So, for those who are taking shelter from the extremely cold weather in the comfort of their own home (and under the covers) these memes about the polar vortex 2019 are a great way to pass the time, and maybe the laughter will warm you up.

First, you may be asking: What exactly is the polar vortex? Well, on Wednesday, Jan. 30, the United States was hit with some record-breaking cold weather, with parts of the Midwest facing the lowest temperatures they've seen in more than two decades, according to Weather Channel. This is caused by a polar vortex, which is defined as a burst of chilling, arctic air that remains trapped in the North Pole and surrounding regions. According to NASA, circular winds usually keep that air locked nice and tight around the North Pole and arctic areas, but changes to that jet stream can upend the balance, leading the cold air to dip south and hit lower regions with extremely cold and bitter weather.

So, for those of you who are trying to survive #PolarVortex2019, you're not alone. The past few chilly days have seriously taken a toll on residents across the United States, but judging from these memes, at least they can have a little fun with it.

So yes, this particular cold front is definitely no joke. In fact, the polar vortex has hit states such as Michigan and Illinois so hard that their cities (and residents) are facing some huge issues. Chicago, currently affectionately referred to as "Chiberia," is one of the places getting the worst of the polar vortex. On Jan. 30, Chicago residents and other Midwesterners took to social media to share photos of the impact the polar vortex was having on their homes and everyday life. One user posted a video that showed the steam from their shower turning into ice inside his bathroom, while another shared a photo that showed the doorknob inside the house was covered in ice, and some other tweeters had a little fun by conducting a DIY science experiment when they would throw a cup of boiling water into the frigid air and it turned to snow. Seriously, this may look cool online, but this cold weather is becoming way too much.

Even though some may be trying to make the best out of their polar vortex experience, not everyone is so lucky. Currently, homeless populations across the United States may be stuck in this polar vortex without adequate lodging and food — which can be potentially life-threatening. So, in case you're walking outside and see a homeless individual in need, here is what you can do to help. Remember, we're all in this cold together, but not all of us can enjoy hot cocoa at the end of the day. Stay safe, everyone.