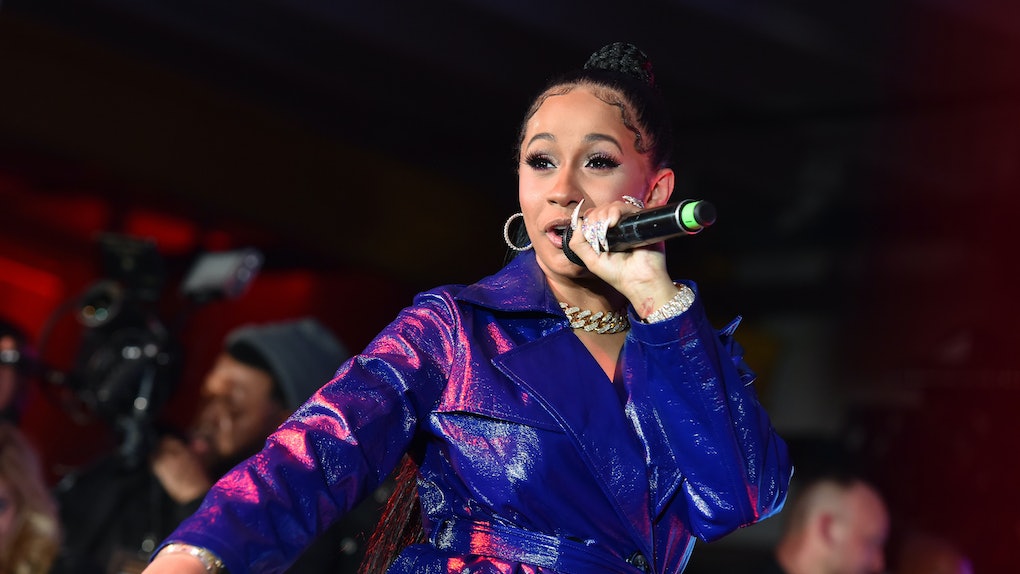 These Memes About Paying Taxes Will Help You Survive Tax Season

Hopefully I'm not the one to break this news to you, but it's currently tax season. It's not a favored process of many Americans, but there's no way to avoid it. Fortunately, the Internet is always abuzz with memes about paying taxes that should help you get through it.

The important thing to note is that if you file your taxes late, you'll likely to be hit with fees from the Internal Revenue Service (IRS) — but you can file for an extension if you think you won't be able to meet their April 17 deadline, per the IRS website. Plus, there's a wealth of applications and programs you can use in order to get the job done. Not to mention, if all your income is from a job that provides a W-2 form, you don't need to consult a tax preparer.

Are you already confused? You're not alone. According to a January poll conducted by TaxSlayer, 57 percent of Americans don't feel confident while doing their taxes.

Notwithstanding the fact that some regulations changed this year when President Donald Trump unveiled his tax reform plan, it can be a difficult process. (A recent poll by The Associated Press-NORC Center for Public Affairs Research found that Trump's approval ratings might have experienced a recent uptick because of his tax plan, though Trump himself has not disclosed his own tax history, and probably never will — at least, voluntarily).

Anyway, here are a bunch of relatable memes to distract you from your number-crunching:

You start getting your important tax documents via mail. It seems like you have plenty of time — April is so far away.

You start feeling like school didn't prepare you enough.

The fact that 57 percent of Americans don't feel confident doing their taxes probably has a great deal to what you learned (or didn't learn) in school.

It's not always easy.

Doing your taxes can give your brain a workout that makes a two-hour spin class seem simple. By the time you finish, you'll be surprised how much energy it can take away from you.

You don't always get to spend your returns on something fun.

Fortunately, tax season ends, but bills don't. Your lump-sum tax refund might have to go to paying some of your more boring expenses.

Sometimes you mock the whole process.

When in doubt, comedians of Twitter often vent their frustrations in the form of a joke. There's no reason you can't do so either. Flex your comedy-writing skills to channel some of that tax frustration.

Speaking of rappers who itemize everything they own in songs, plenty of people have been talking about Cardi B's fiscally conservative tax rants this year.

You start relating more and more to Cardi B: queen of the online tax rant.

Arguably the best known voice of tax frustration this season has been Cardi B — who posted to Instagram voicing concern about where her tax money was going in the most Cardi B way.

Cardi B also joked on Instagram at the end of 2017 that if you owe her money, to pay her next year, because she just wanted to be done with her taxes. "If you owe me a check, hold that motherf*cker for 2018 ya heard?" she said in an Instagram video. "Because the way the motherf**king IRS is trying to cover me for tax season. Just hold that sh*t, you know what I'm sayin'? Hold that motherf*cker."

Nobody owes me a check, but I feel her pain.

And then, you finally finish filing your taxes.

If you're stuck in the middle of doing your taxes right now and you're struggling, try to think of the immense relief you will feel for having finished!

As you round third base, be wary of silly mistakes, because they can cost you.

Computational errors, incorrect Social Security numbers, or failure to sign on a paper return could even hold up your tax refund. Experts suggest comparing your paperwork to last year's to avoid missing certain deductions or spotting errors.