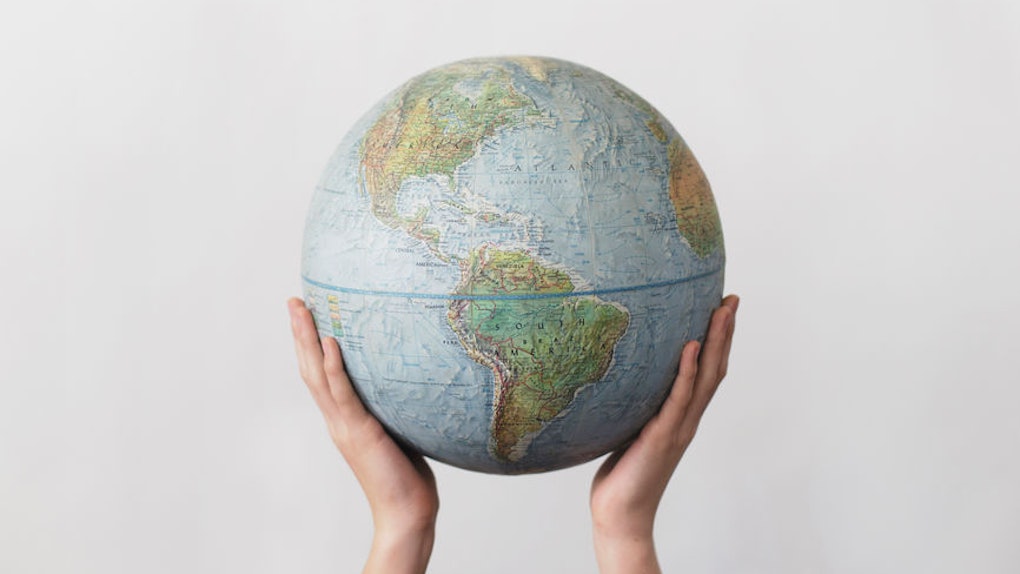 Earth Day is just around the corner, folks, and there are so many ways to celebrate this big blue planet that gives us all life. You could sign up for a local beach or park cleanup, swap out your car commute for a bike or bus commute, or join a community group the organizes around climate change and sustainability. To help you celebrate this important day, various companies and brands have Earth Day 2019 deals that promote sustainability and green shopping, so you can save money and help save the earth at the same time.

First, a little history. According to the Earth Day Network, Earth Day was founded by Gaylord Nelson in the '70s when he was a U.S. senator from Wisconsin. On April 22, 1970, 20 million people marched in rallies across the United States for a healthy and sustainable environment, and the march brought together people who had been fighting against oil spills, pesticides, the loss of wilderness, and the lost of wildlife under one common goal. Next year will mark the 50th anniversary of Earth Day, and while people all over the world have made big strides towards better environmental protections, there's still a lot of work left to be done to better protect the planet and all life on it.

In honor of this important day, here are five deals that will help you go green so you can play your part in protecting the planet.

If you're headed to a green-minded city that bans plastic straws and plastic bags, Orbitz.com wants to give you a discount on your stay. Here's how it works: First, visit the Orbitz.com website to find an eco-friendly hotel at your destination, which should be a straw-less or plastic-bag-free city (don't worry, Orbitz.com will help you with all that). Once you've selected your city and accommodations, use the code "GETAWAY" for 10 percent off your hotel stay, per Orbitz. The deal is good through April 28, and you need to complete your travel by Dec. 31, 2019. It's really that easy.

If you're planning round-trip travel within the United States or Mexico, Expedia has a great Earth Day deal for you. For 24 hours on April 22, Expedia customers will see a coupon on the website for $50 off a $200 flight for travel between April 22 and August 31, 2019, per an Expedia spokesperson. It includes select destinations like Cancun in Mexico; Orlando, Florida; New Orleans, Louisiana; Las Vegas, Nevada; and many more. Just make sure your minimum spending hits $200 excluding taxes and fees. If you haven't already signed up to be an Expedia Rewards member, you should do that now — rewards members will get an email alert on Earth Day to remind them about the deal.

For 24 hours on April 22, Lyft is offering free ride passes in New York City, Chicago, Washington D.C., Minneapolis, Portland, and Columbus, according to the rideshare company. So, you can get where you need to go, minus the emissions. Just type in "EARTHDAY19" on Monday, April 22 into participating bikeshare apps for a full day of biking around your fave city.

SodaStream's Proud To Be Green Challenge

If you're an individual who wants to go green, you can get 30 percent off all SodaStream products from select retailers for the month of April, according to the company. If you're a person whose last name is "Green" or "Greene" you can win limitededition green SodaStream machines on social media by showing how green you'll be on April 22. Make sure you use the #proudtobegreen and #sodastream hashtags to get noticed, and even if you're not named "Green," you could still have a chance to win, so give it your best shot!

If you're the resident of a green town like "Greenville," "Green Bay," or "Greenwich" you can get a 50 percent off discount code for your very own SodaStream starter kit.

This might be the tastiest Earth Day deal of them all. On Monday, April 22, you can score $5 VegeFi Burgers and $5 Beyond Burgers at the chain, according to the brand. If you're feeling really at one with nature this Earth Day, you can also take advantage of the free Heinz Tomato seed packets that will be given out with every order on Monday. Just keep in mind it's only good for one per person, and you have to order in-store at participating locations. Also, make sure you mention the deal, so you can score your savings.

Whether you're reducing single use plastics, hopping on a bike for a car-free day, or planting from tomatoes after enjoying a discounted burger, these deals can help you feel a little better by doing good for the planet.