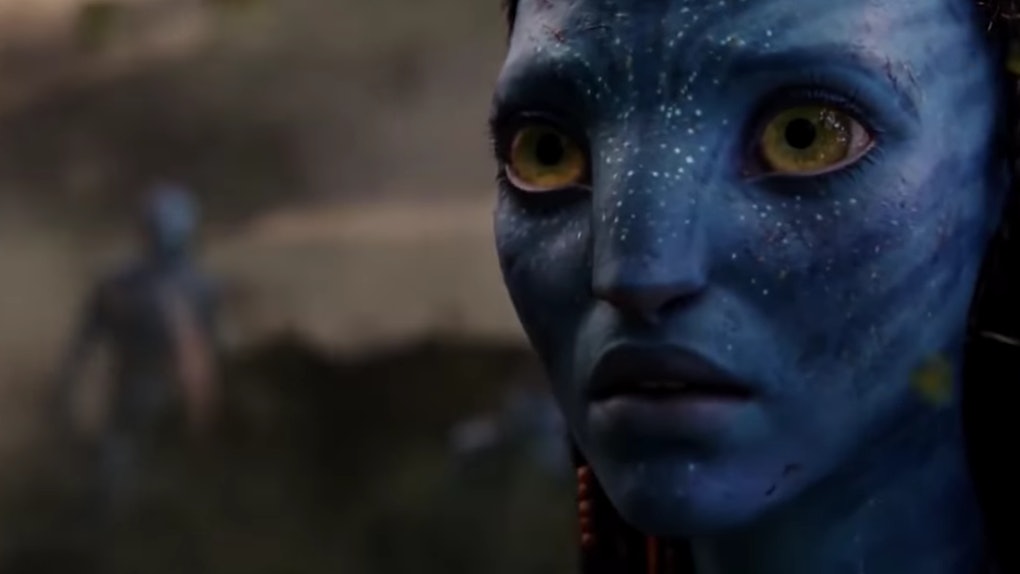 It'll be over 10 years since audiences last visited Pandora in 2009's Avatar, but in December 2020, it'll be finally time to revisit it. Avatar 2 will come out in theaters over a decade after its predecessor, which is definitely a long time between installments of a story. But director James Cameron recently revealed some new details about Avatar 2 that are sure to get fans excited about the sequel, even though it's been so long.

The Avatar sequel will feature a significant time jump, with Jake Sully (Sam Worthington) and Neytiri (Zoe Saldana) living together as Na'vi in Pandora – along with their 8-year-old daughter. In an interview with Empire, Cameron said that when Avatar 2 begins, Jake and Neytiri aren't living in complete martial bliss. In fact, they have a crucial argument that is pivotal to the rest of the Avatar story. “There’s a three-page argument scene between Jake and Neytiri," Cameron said. "A marital dispute very, very critical to the storyline." That fight is "critical" to the "emotional rollercoaster" Jake faces throughout this movie, and throughout the three subsequent movies that are planned for after Avatar 2. In fact, the second and third Avatar movies were actually shot back-to-back, and according to Cameron, that really took a toll on Worthington. Cameron told Empire:

I knew how to write the Jake character going forward across the emotional rollercoaster of the next four movies. It’s been tough on [Worthington]. He’s done two pictures back-to-back now, because we did 2 and 3 together. He had to go to some dark places.

While all the performance-capture scenes have already been filmed, the production is still working on all the live-action scenes. So, there's still a way to go before the film is ready for the public. But that doesn't mean fans can't get excited for what's waiting in Pandora.

Cameron's been known to work closely with his actors, and Avatar 2 will have him working with another familiar face. Before Avatar, Cameron was most famous for directing the little blockbuster phenomenon Titanic, which catapulted Kate Winslet to stardom. Now, Winslet is working with Cameron again on the Avatar movies. She's playing a character named Ronal, who is a free-diving Na'vi in Pandora. The aquatic elements of her role required quite a bit of time underwater, which is not unlike her role as Titanic's Rose during the ill-fated crash of the Titanic in the frigid ocean. Luckily, Winslet's Avatar character is a little more skilled in water than Rose. Cameron told Vulture:

Kate was a phenomenal collaborator and just so gung-ho. She was really excited about doing the water work and at her peak, I think she held her breath for seven and a half minutes — not during a scene but just during the training … but she was regularly doing two or three-minute scenes, underwater acting and swimming … She truly embraced the physicality of the character.

Between the heightened emotional stakes, the daring physical feats of the action sequences, and (if it's anything like the first movie) what are sure to be mesmerizing visuals, Avatar 2 is sure to wow audiences. You can see it all for yourself when it hits theaters on Dec. 18, 2020.

More like this
Kristen Wiig Is Making A Musical About Cinderella's Evil Stepsisters For Disney
By Dylan Kickham
17 Tweets About Simu Liu In The 'Shang-Chi' Teaser, From Proud 'Kim's Convenience' Fans
By Dylan Kickham
Tom Felton's Instagram After Helen McCrory's Death Honors Their 'Harry Potter' Days
By Dylan Kickham
Stay up to date