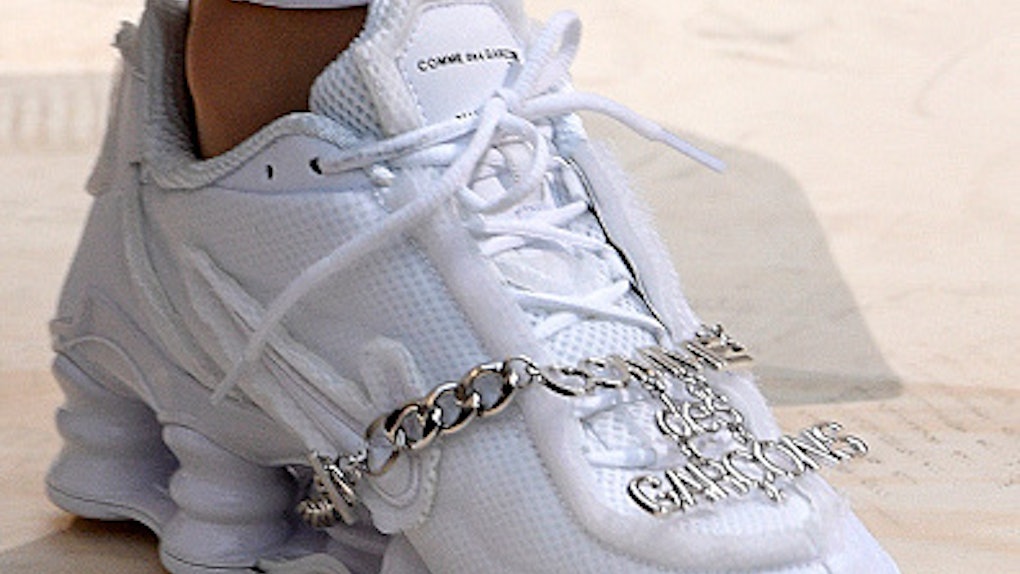 Let’s face it, navigating the sneaker world can be difficult for two reasons. For one, it feels like there’s a new, hot sneaker release every day (partly because there is an awesome sneaker release nearly every day…). The solution? Staying in the game means reading up on all of the sneaker news, which can be time-consuming and daunting for even the most sneaker literate due to countless articles with varying opinions. That being said, the real hard part begins when it’s time to make a decision as to which of-the-moment sneakers are worth bringing home. It’s impossible to have them all, but it’s also all too easy to want every single pair; the best sneakers nail it in both aesthetics and social currency.

Yes, this sounds like a headache, but before opting out of sneakers all together, fear not. This article has you covered. Think of it like a cheat sheet to circumventing all the conflicting sneaker news out there, saving precious time and energy. Ahead is the definitive guide of the absolute best to-be released, or recently released, sneakers in the game right now. The sneakers listed ahead are undeniably cool, making finding the perfect fit (both literally and figuratively) a cakewalk. So, what’s the wait? Go ahead and dive in.

Perhaps the hottest shoe right now is Nike’s React Element 87. See-through, transparent sneakers are having their moment in the sun, and while Nike has released several super cool transparent styles that have been nothing short of a hit, the React Element 87 is probably the pair with the most social clout. Fashion month proved these sneakers to be the "it shoe” for both men and women, as these sneakers popped up in street style after street style photo on all the right people. There have been a few iterations and colorways released, all of which sold out. The good news is these sneaks are still available online for resale in men’s sizing. If you’re not sure your size in men’s sneakers, check out this guide.

On the subject of transparent sneakers, a cousin to the React Element 87, and honorable mention, is the Nike Zoom Fly SP. Sometimes, it is hard to get your hands on a coveted sneaker. If paying a high price for resale isn’t your jam, but you still want to get in on transparent sneakers right now, then you can’t go wrong with the Nike Zoom Fly SP. It’s an understated beauty. Plus, these sneakers are meant for running, which makes them the ultimate form meets function choice.

A highly-anticipated sneaker release will be the CDG x Nike Shox that debuted on the Comme Des Garçons SS19 runway show in Paris. Comme Des Garçons and Nike have collaborated in the past on sneakers that always make waves in the fashion world. These sneakers, decked out in jewelry, will surely be no different. They’ve already gotten tons of press event though they're not due to release until 2019.

Also due for Spring 2019 is the collaboration between Reebok and up-and-coming NYC designer, Matthew Adams Dolan. The colorblocked Reebok Sole Furys seen on Matthew Adams Dolan’s runway during Fashion Month have an upscale, yet sporty vibe to them, making these sneaks the ideal candidate to wear with athletic wear as well as more-coiffed looks that include trousers and button downs.

There is no denying that Off White and Nike collaborations sell out like crazy. The shoes fly off the shelves the second they release. The Off White show in Paris for SS19 was themed “Track and Field,” and there was no doubt the brand would reveal a new, to-be coveted sneaker. These crazy, maximalist sneakers employ Virgil’s signature text and are sure to be a huge hit when they release next spring.

Undercover is a coveted Japanese brand that has had smash hit collaborations with Nike, the most recent being their React Element 87 collaboration (the first shoe mentioned in this article). With a proven track record of success with Nike collabs, it’s exciting to see that Undercover is back at it again in Spring/Summer 2019 with another funky shoe that is sure to sell out.

More like this
These Cloud Print Clothes Are Perfect For Every Kind Of Weather
By Margaret Blatz
For These 3 Black Streetwear Designers, The Hype Is Long Overdue
By Jacorey Moon
These Cute & Easy Summer Hairstyles For Long & Short Hair Couldn't Be Hotter
By Margaret Blatz
Stay up to date