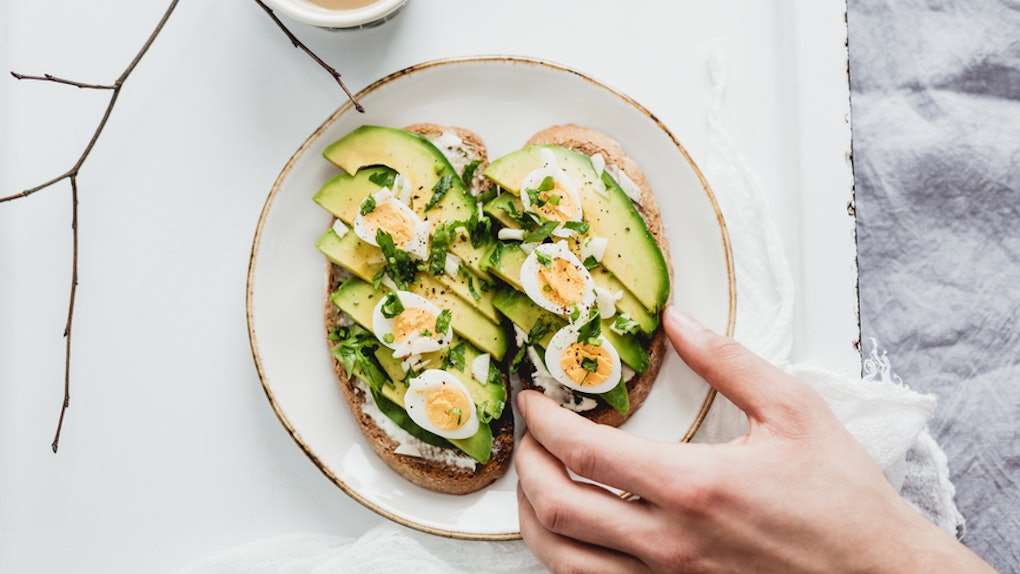 2017 is coming to a close, and I for one couldn't be happier about it. We've endured the first year of what's shaping up to be the most tumultuous presidency in recent history, not to mention the fact that the world is 99 percent sure Kylie Jenner is pregnant. It's been a confusing and challenging year for people everywhere, and it's time to trim the fat and walk away from the cultural, social, and health trends of 2017 that are probably better off left behind as we approach the new year.

The coming and going of trends is a natural ebb and flow of any society. One year, everyone's wearing chokers, the next year we're burning our chokers in favor of long, droopy necklaces. People enjoy trying new things, and in 2017, we certainly tried a lot of new things.

From cryotherapy to Beyonce's baby bump, and everything in between, there was a lot to entertain us in 2017. Hopefully, some of these trends will turn into habits, such as our increased efforts to curb food waste, and (finally) our societal reckoning with the truth behind widespread sexual harassment and abuse. But, at the same time, there are plenty of trends that look to be on their way out. Here are five health trends that we can probably stand to live without in the coming year.

Wellness and fitness retreats saw a boost in popularity throughout 2017, with people increasingly seeking curated experiences with fitness and lifestyle professionals.

Although there's absolutely nothing wrong with investing in your physical and mental health, it seems unlikely that we'll collectively continue to spend thousands of dollars on wellness retreats as we venture into an increasingly unstable political climate and world economy. (Although, those Free People "FP Escapes" retreats do look pretty life-changing.)

Apparently, this was a big, big thing in 2017: people using slime balls to de-stress. Some DIY options even suggested throwing some relaxing scents into the mix to up your calmness factor.

Stress-relief dolls will probably always exist in some form or another, but the idea of an adult slime ball will probably die along with 2017 itself. Because, seriously, you know all those slime balls will end up wedged between your couch cushions.

Oh, avocado toast, love of my life. You will never leave my heart, but you may leave my diet soon.

Avocado toast may have reached peak popularity this year, as it also received a serious beating when people used it as a symbol for the millennial housing crisis — all of which seems a wee bit dramatic, but still. Avocado toast will probably fall off a few people's grocery lists for 2018. Sigh.

Soy milk may be on its way out, which is probably for the best, anyways. With healthier alternatives like almond milk and hemp milk becoming increasingly mainstream, there's been less demand for soy milk than ever before. The main reason for this is an increased cultural aversion to GMOs (genetic modifiers); almost all soybeans in the United States are genetically modified, so yeah.

Fun fact: Cashew milk is a delicious alternative to other forms of milk and is super nutritious. I tried it last week for the first time, and I'm a confirmed convert.

Activated charcoal seemed to show up everywhere this year, from our toothpaste to our ice cream. While activated charcoal can, in fact, work to pull toxins out of your system, it's incredibly time-sensitive: If you drink or eat charcoal within hours of eating or taking medication, it will strip your body of those nutrients or the medication itself.

Charcoal may have had its moment in the spotlight, but it's probably on its way out along with 2017. I suppose you could continue to use it if you're intentional about when and how you do so, but I digress.