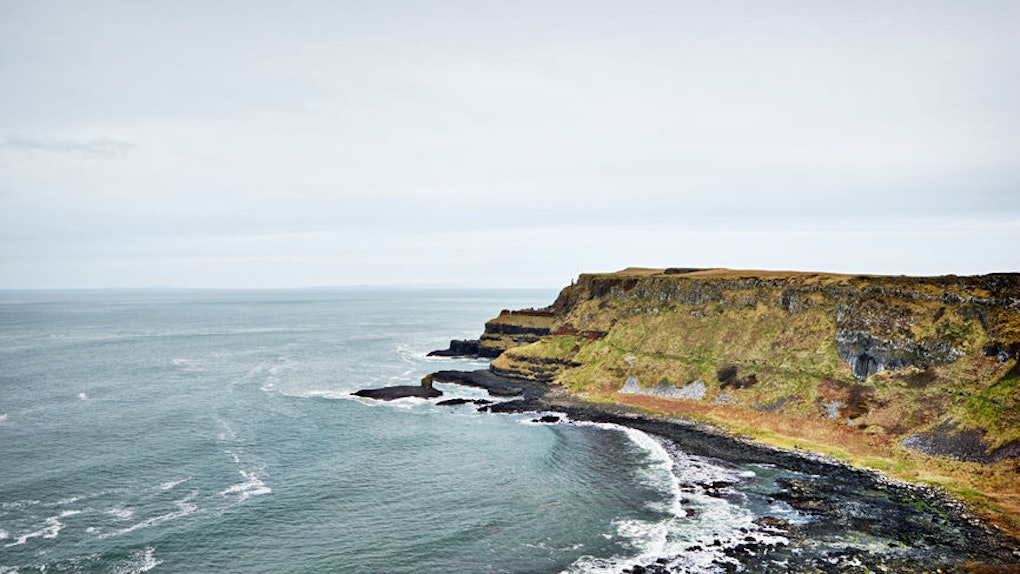 These 10 Cheap Flights For St. Patrick's Day 2019 Will Make Your Holiday Magical

Well y'all, it seems as though March is finally here, at long last... and that means St. Patrick's Day is right around the corner. You can celebrate as you usually do, by attending a local parade or partying it up in a local bar. On the other hand though, you can also book a last-minute getaway and have the time of your life. Luckily, a number of of airlines are offering discounted airline tickets that you should definitely book as soon as you see them. So check out these 10 cheap flights for St. Patrick's Day 2019. They're solid deals that will make your holiday extra special.

Tracy Stewart, content editor at Airfarewatchdog.com, pulled together a number of cheap flights from the renowned travel deal site. According to Stewart, since the holiday is only a few weeks away, you should jump on a good deal as soon as you possibly can. And I totally get where he's is coming from — you wouldn't want to miss out on a perfectly cheap flight. Alternatively, if you'd rather escape to the home of St. Patrick himself, Norwegian Air is offering discounted flights to Ireland for that same weekend, and the sale is good through March 17, per the airline. (The travel dates for the Norwegian Air sale are actually March 30 through June 23, but that means you can just extend your St. Patty's Day celebration beyond the 17!) Take a moment to peruse the tantalizing deals below — you definitely won't want to miss 'em. All prices are accurate as of publication and could go up as the holiday nears, so it's good to keep that in mind!

If there's nothing you'd rather do than drink some Green River Soda alongside the infamous green river in Chicago, you can snag a $303 non-stop roundtrip flight to Chi-town from New York City via Delta Airlines, according to Airfarewatchdog. Happy sipping! You'll be there in time for the holiday, too, since it departs on March 14 and brings you back to New York on March 18.

On the other hand, there's a chance you'd rather celebrate the mid March holiday in the sunshine. You can make a real trip of it (and save some money) by departing on Thursday, March 14 and returning on Wednesday, March 20. If that's the case, you can book an American Airlines flight from New York to Savannah for only $285, according to Airfarewatchdog.

For those looking to party it up on Bourbon Street, coming from the streets of LA, look no further than Delta's website. Per Airfarewatchdog, the airline is offering $287 roundtrip tickets from Los Angeles to New Orleans, with flights departing March 13 and returning March 20, so you'll be in the Big Easy over St. Patrick's Day weekend. I see a green beignet with your name on it.

The PNW definitely knows how to celebrate the Irish way, and on St. Patrick's Day weekend, American is offering nonstop round-trip flights from Philly to Seattle for only $268, according to Airfarewatchdog. Any cross-country flight under $300 is practically a miracle, so make sure to book it as soon as you can. Oh, and you'll be leaving March 13 and returning on March 20 with this deal, so that gives you plenty of time to find green beer in Seattle.

Whether you're looking to party it up in a classic Irish pub or if you'd rather show the Celtics a little love this St. Patrick's Day, JetBlue is offering $217 roundtrip tickets from Baltimore to Boston, per Airfarewatchdog. Prepare for a long weekend, though — the flight leaves Thursday, March 14 and returns Monday, March 18.

If you're West Coast-based and looking to celebrate at the St. Patrick's Day parade, doing so is easy. With flights departing Friday, March 15 and returning Tuesday, March 19, Alaska is offering $301 roundtrip tickets from San Francisco to Newark, according to Airfarewatchdog. So pack your bags, and prepare to experience a frigid East Coast spring, Californians.

Once again, if you're looking to escape the warmish weather in Austin, Texas and experience New York City's St. Patrick's Day parade, JetBlue will be offering cheap St. Patrick's Day weekend roundtrip flights (for a long weekend...Thursday to Tuesday!). They're only $362, per Airfarewatchdog, so it's definitely something you should get in on.

Norwegian Air is celebrating St. Patrick's Day by offering cheap flights from three East Coast airports to Ireland, according to a press release. Two of the options leave from Stewart Airport in New Windsor, New York and they fly into either Dublin, Ireland or Shannon, Ireland. Definitely book your tickets on the company's sale page before they run out.

If you're yearning to check out Cork, Ireland or Shannon, Ireland, flights from Providence, Rhode Island only cost $99 through Norwegian Airlines, according to the press release. See the flight availability on their sale page.

If you're coming from Canada, on the other hand, flights from Ontario to Dublin, Ireland only cost $99 as well, per the press release. Check out the flights on Norwegian's website, however, before they sell out.

There are so many trips you can take on St. Patrick's Day. Regardless of where you go, with prices this low, you're guaranteed to have fun. Book your flights soon, though — time is running out.