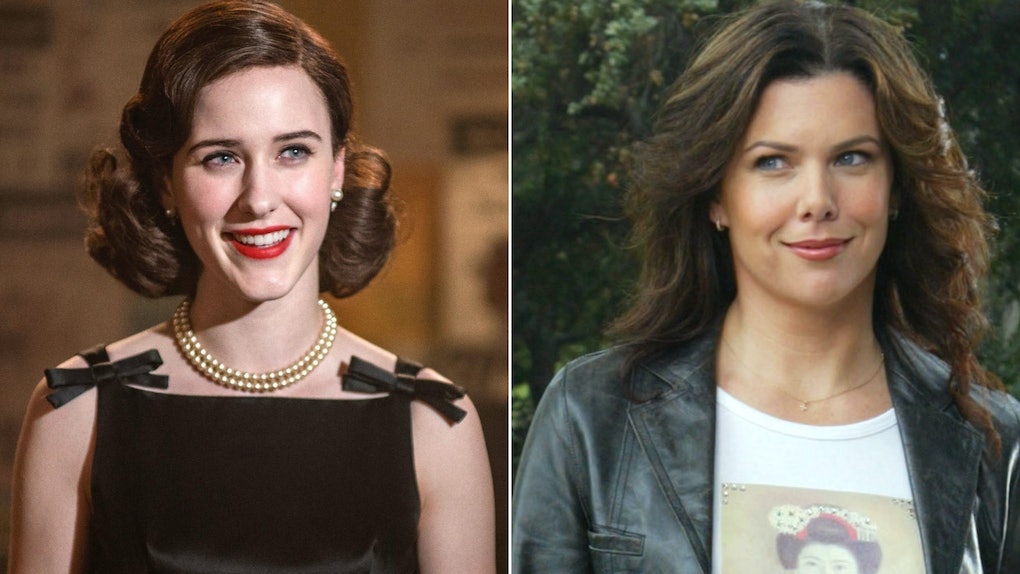 Of course, in a broad sense, Marvelous Mrs. Maisel explores similar themes and characters as Amy Sherman-Palladino's first hit series, Gilmore Girls. Both shows center on a fast-talking, witty, independent woman raising a child from a broken relationship with wealthy, overbearing parents constantly over their shoulder. The first season even reintroduced some of Amy Sherman-Palladino's favorite actors in new, '50s roles: Alex Borstein (Susie on Mrs. Maisel) first starred as the cantankerous harpist Drella in Gilmore Girls as well as the old-Hollywood stylist Miss Celine, and Bailey De Young (Imogene on Mrs. Maisel) had her first main acting role as Ginny on Sherman-Palladino's one-season show Bunheads. Season 1 also included more specific references to Gilmore Girls, such as one of Midge Maisel's coworkers declaring that she loves the magic of the first snowfall, which is one of Lorelai Gilmore's classic lines.

But Season 2 of Marvelous Mrs. Maisel takes the Gilmore Girls references up another notch. Before Midge's big set at the Catskills comedy club, she orders a gin martini, which Gilmore Girls fans will recall has also always been Lorelai Gilmore's go-to drink. There is also a scene towards the end of the season when Midge tries to get her father to go along with an overly complicated plan to sneak her out of Yom Kippur dinner that sounds almost exactly like something Lane Kim would cook up to escape her mother's house. Also, the workers at the Catskills resort sing Frank Sinatra's "The Coffee Song" during their summer's end talent show, the same song that Miss Patty belted out during one of her shows on Gilmore Girls.

There is also another familiar face from Gilmore Girls that pops up to join Alex Borstein in Season 2. The new season introduces us to Susie's family for one episode, in which we meet her tragic sister Tessie. It may not be super obvious, but Susie's scenes with her sister Tessie was actually a low-key Gilmore Girls reunion. Emily Bergl plays Tessie in the show, but Gilmore Girls fans will remember her as Chilton's resident mean girl, Francie.

And hardcore fans can probably pick up on even more Gilmore Girls or Bunheads easter eggs in the new season of Marvelous Mrs. Maisel along with all of these little references. Thankfully, Amazon has already picked up a third season of The Marvelous Mrs. Maisel, so Amy Sherman-Palladino fans can look forward to even more winks and nods to her past shows when Season 3 comes out next year.