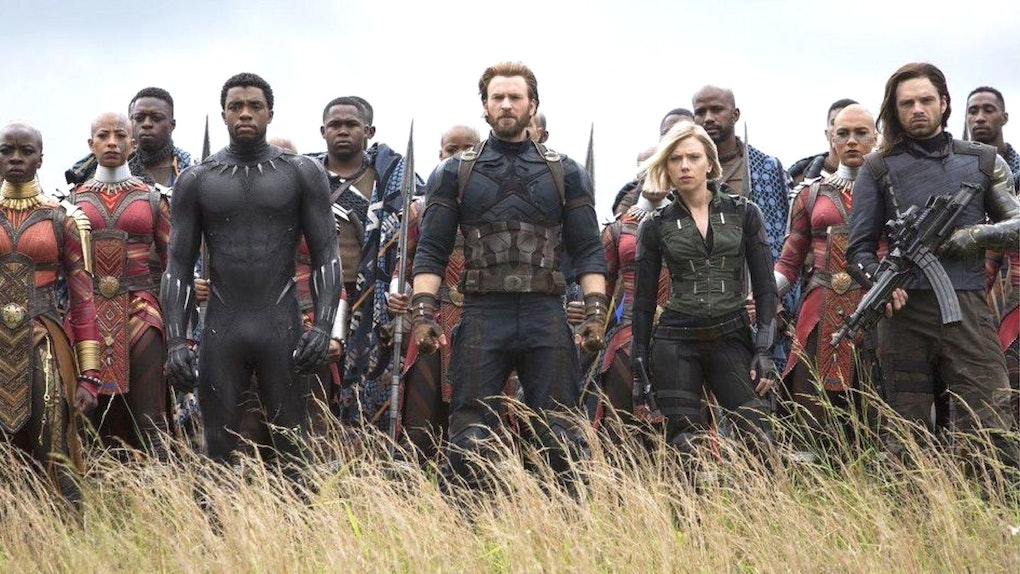 There Are 22 'Avengers: Infinity War' Character Posters & Fans Can't Get Enough Of Them

Avengers: Infinity War is the culmination of ten years of work on the part of the Marvel Cinematic Universe. It is not just a film that brings together all the plot threads that have been running through the previous 19 films, but all of the characters from these films, making it perhaps one of the most incredibly star-studded and star-stuffed productions in recent memory. And nothing encapsulates that more than the debut of the promotional posters from the MCU's marketing department, which features a mind-boggling 22 Avengers: Infinity War character posters.

You read that right: Twenty-two character posters, and not one of them is Hawkeye. (No, seriously, what the heck's up with the total absence of Hawkeye from the trailers and the marketing promos?)

Even without Hawkeye, there are still quite a few characters to run down, starting with the original Fab Five from 2012's The Avengers: Captain America, Iron Man, Black Widow, Thor, and Hulk. There are the three main sidekicks from their standalone films: Falcon, War Machine, and Winter Soldier. Then there are the recent additions: Scarlet Witch and Vision, Dr. Strange and Wong, plus Spider-Man.

It's notable though that Guardians of the Galaxy, as it's own standalone trilogy, actually has the most posters of anyone with six (and that's with combining Groot and Rocket into one poster). Black Panther, the most recent film, is the only standalone to have more than two posters. They have three: T'challa, Shuri, and Okoye. That's what happens when you beat box office records left and right.

It all started with cast members who are on Twitter tweeting out their posters.

And then the Chrises got in on the act.

Black Panther's official account put out all three of their posters as a set.

Okoye's poster was a favorite of the Wakandan fans.

Spider-Man also tweeted out their hero.

One fan noted that though Dr. Strange and Wong both got posters, there was none for Ant-Man. But perhaps his poster is just very small.

Someone pointed out that Falcon looks a whole lot like Anthony Mackie. Huh. I never noticed.

The Guardians were grouped together with all six posters once they were out.

Fans were overwhelmed, even before they had all the posters.

Fan sites also were out in force for their favorites.

Marvel then took over, doing a thread of all the posters.

As always though, some had questions:

Others began doing a mix and match to make their own fan posters.

And some couldn't let go of a certain character who got skipped.

The Russo brothers, who directed the film, have been putting out tweets of their own. These don't feature the Marvel heroes, though. They feature the film's big bad, Thanos. Or at least a demand from him.

The letter reads in part:

We will not screen the film in its entirety until the Los Angeles premiere shortly before the film’s global release. Everyone involved with the film has worked incredibly hard for the past two years maintaining the highest level of secrecy. Only a handful of people know the film’s true plot. We’re asking that when you see Infinity War, in the coming months, that you maintain the same level of secrecy so that all fans can have an equal experience when they watch it for the first time," the note says. "Don't spoil it for others, the same way you wouldn’t want it spoiled for you.

The official hashtag is #ThanosDemandsYourSilence. So, try not to spoil it for everyone.