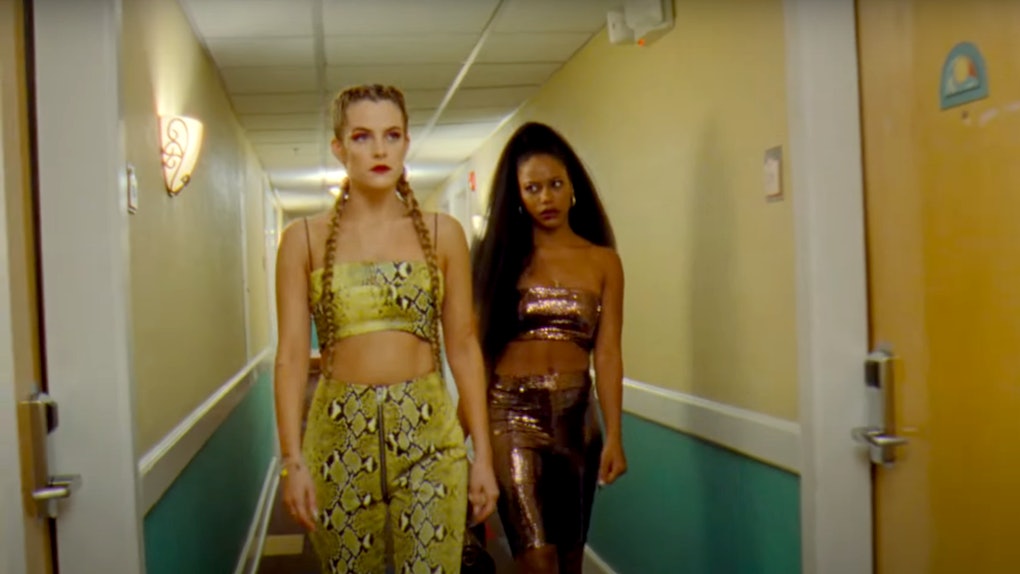 A lot has happened since 2015, but the infamous "Zola story" is still as iconic as ever. Now, nearly six years after Aziah Wells broke the Internet with her viral story about a trip to Florida gone terribly wrong, the shocking Twitter thread is getting the big-screen treatment it deserves. The newly released Zola movie trailer gives fans a first look at how the wild story will be brought to life, and it already looks absolutely off the wall.

In case you need a reminder about the Zola story (how could you forget it, though?), the 148-tweet thread posted in October 2015 detailed a completely unexpected trip filled with drama. Wells, nicknamed Zola, wrote about meeting a woman named Jessica while waitressing at Hooters, and the two quickly bonded and made plans to travel to Florida in order to make some money at a strip club. However, things took a turn when Zola realized the man traveling with them was actually Jessica's pimp named Z, and Zola found herself arranging for Jessica's sex work after she didn't make enough money at the club. Adding to the chaos was Jessica's boyfriend Jarrett, who discovered his girlfriend's side hustle that night and didn't react well to it.

The story only gets more and more shocking as it goes on, detailing instances of murder, sex trafficking, and an attempted suicide. Basically, it was begging for a movie, and now the film version is about to hit theaters. A24 released the trailer for Zola on Wednesday, March 31, starring Taylour Paige as Zola and Riley Keough as Stefani, the movie's version of Jessica. Da 5 Bloods breakout Colman Domingo plays the pimp, renamed X ,in the film, with Succession star Nicholas Braun as Stefani's neurotic boyfriend, renamed Derrek. The movie is directed by Janicza Bravo, who co-wrote it with Jeremy O. Harris.

Zola is already being hailed as a first-of-its-kind film for the social media age, given that it's based on a Twitter thread. It will also add to a recent trend in prestige stripper dramas, following the success of 2019's Hustlers and the 2020 Starz series P-Valley. Zola is slated to hit theaters on June 30, with no word yet on whether it will also have a streaming release.

More like this
8 Disney-Themed Charcuterie Board Ideas To Add Some Pixie Dust To Your Movie Night
By Rachel Chapman
20 'To All The Boys' Kitty Quotes To Pair With All Your Sassy Selfies
By Marisa Casciano
Emma Stone's 'Cruella': Premiere Date, Trailer, Cast, Plot, & More
By Abby Monteil and Dylan Kickham
Stay up to date