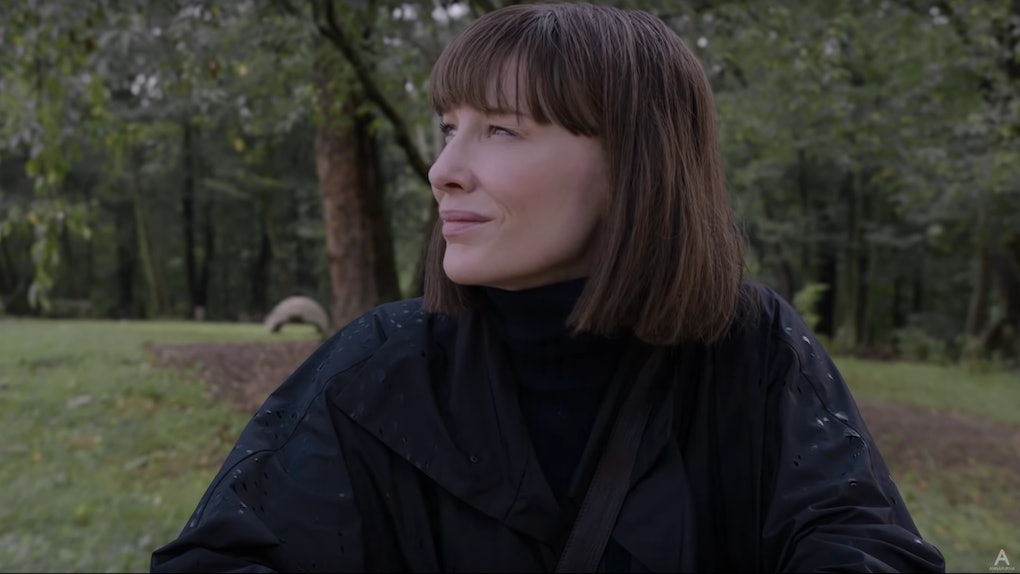 The 'Where'd You Go, Bernadette' Trailer Starring Cate Blanchett Will Hook You Immediately

Where'd You Go, Bernadette is the big question everyone's asking in the trailer for the latest Cate Blanchett movie, and yet no one has the answer. The movie based on the 2012 Maria Semple novel of the same name will star a bewigged and be-sunglassed Blanchett as the titular missing lady, who disappears from her happy Seattle life as a wife and mother for no reason... or so everyone thinks. Watch Blanchett in the Where'd You Go, Bernadette trailer and you'll get hooked immediately, or at the very least wonder where you can get a fabulous pair of sunglesses like hers.

Richard Linklater, who's famous for the Oscar-winning 2014 film Boyhood, among many other films, directed this project, so audiences can be sure to look out for his signature mix of heavy emotional beats with sharp humor. Linklater is probably the perfect director to bring Where'd You Go, Bernadette from page to screen, since the novel strikes a tight balance between comedy and mystery.

You can watch the trailer below to get a satisfying helping of upbeat family fun and genuine intrigue. Fair warning, though: Only watch if you're resigned to the fact that you'll be asking yourself "where'd you go, Bernadette?" for the rest of your day.

Blanchett stars as Bernadette, an eccentric, agoraphobic architect who one day up and vanishes. Her 15-year-old-daughter, Bee, is the only one who can crack the case and find her. Emma Nelson stars as Bee, alongside Billy Crudup as Bernadette's husband and Kristen Wiig as Bernadette's nosy neighbor Audrey. Lawrence Fishburne, James Urbaniak, Troian Bellisario, and (most importantly) Judy Greer also star in the flick. Any movie with Judy Greer in it is a movie I want to see, regardless of any other stars or the creative team or even the plot.

Where'd You Go, Bernadette is a long time coming. According to IndieWire, both Linklater and Blanchett have been attached to the project since November 2015. I guess Blanchett was busy over the last few years with other big projects like Oceans 8 and Thor: Ragnorak. Recent previous films have seen Blanchett play over-the-top characters like international jewel thieves and superhero witches, so it'll be an interesting change to see Blanchett a little more grounded and down-to-earth as she plays a more realistic character.

The original novel Where'd You Go, Bernadette is told mostly through letters, emails, and written documents, so it'll be interesting to see how Linklater adapts all that written communication into a purely visual medium. One thing that might help is the grand shooting location of Antarctica. Since Bernadette disappears right before a family vacation to Antarctica, a trip to the exotic, icy locale is likely to be a part of the film's mystery journey.

In the trailer, Blanchett's Bernadette says, "Something unexpected has come up. I has much more explanation coming, but I have this one shot." It's unclear what's come up or where exactly Bernadette went, but we do know that she'll make an appearance in movie theaters when Where'd You Go, Bernadette opens on March 22, 2019.