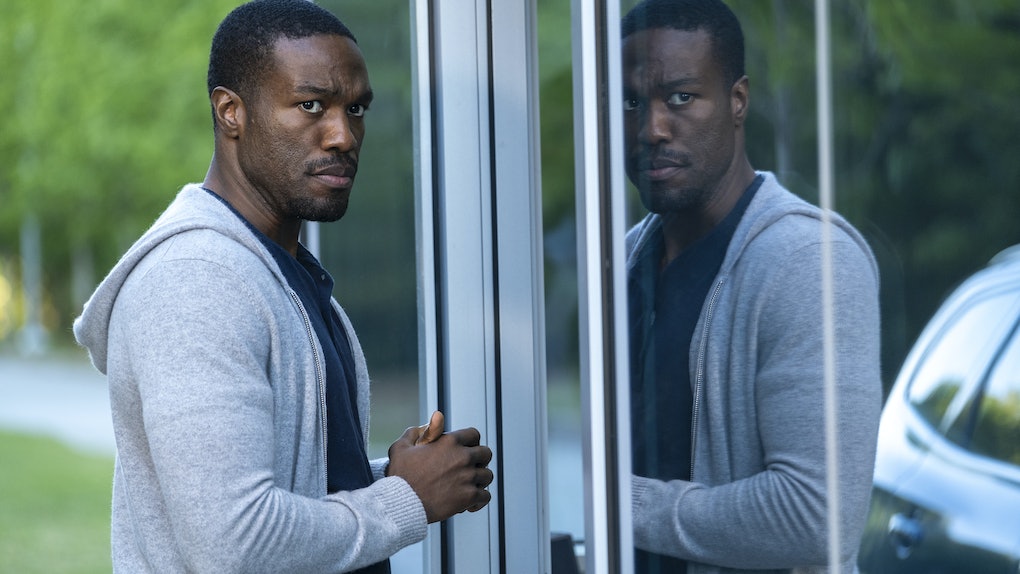 The 'Watchmen' Season 1, Episode 8 Promo Hints At A Heartbreaking Ending

From the beginning, Watchmen has confounded viewers. From the first time it rained squids to the strange "Lord of the Manor" away in his castle, nothing has made sense. It took a while for the series to reveal its true purpose, an exploration into why someone would choose to put on a mask and become a superhero. It also took its time revealing the main antagonists' plan to destroy humanity and why. But even with these reveals, how the series would end remained a mystery. Now, the Watchmen Season 1, Episode 8 promo gives a hint at the direction the show will go. Warning: Spoilers for Watchmen follow.

Watchmen Episode 7, "An Almost Religious Awe," opened with Angela's memories of her childhood, and ended with the reveal that her adult ones would have also been pretty choice to see as well. She's been married to Doctor Manhattan the whole time. But in a twist no one saw coming, instead of the omnipotent blue god knowing all, while his wife was unaware, he had no idea of his own identity, while Angela knew perfectly well that "Cal" was Manhattan.

The penultimate episode, "A God Walks Into Abar," gives viewers a look at Manhattan and Angela's meet-cute in Vietnam, and perhaps the tragic fate that awaits them.

The synopsis sadly does not feature puns as terrible as the episode's title. It also isn't exactly forthcoming.

Angela Abar's (Regina King) mysterious past in Vietnam is at last revealed.

On the other hand, it does show a pair of interesting scenes. Manhattan wears a Manhattan mask during his and Angela's first meeting, suggesting that it is "Manhattan Day" in Saigon. (What better day to visit a country that worships you than on the occasion of your own festival?) It also gives an idea of what their courtship was like, with Manhattan having already experienced their entire relationship upon meeting Angela for the first time. ("I love you." "We just met.")

It also hints that Angela letting her husband out of Cal's body may have come too late. Manhattan, who experiences all of time at once, knows the fight with the 7th Kalvary is futile. But Angela is going to go down shooting anyway.

Even so, there are so many questions this episode has to answer. Manhattan should be able to take out all of the 7th Kalvary with a wave of his hand. Why doesn't he? How does Lady Trieu plan to save Manhattan?

Also, please note Episode 8 will be the first of the season with a post-credits scene, so stick around after it ends.

As Manhattan says in the original comic: "Nothing ever ends..."