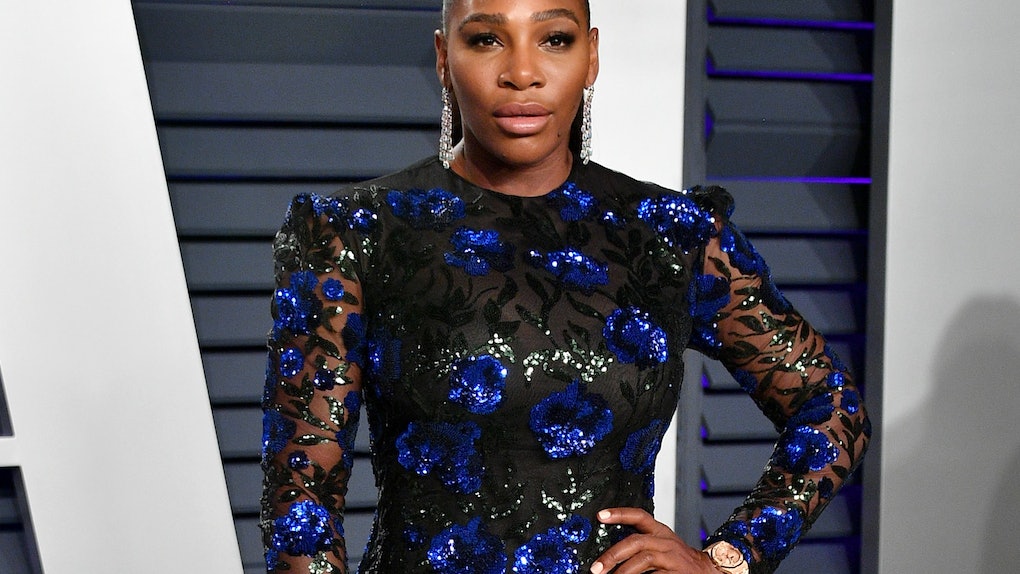 Serena Williams’ daughter Alexis is just a few months shy of her second birthday. But the tiny tot is already showing signs of following in her famous mother’s footsteps. In a recent video shared on Instagram, Williams gave fans a glimpse of what her daughter can do with a tennis racket. And while it might not seem like much at this stage in the game, baby Alexis’ interest in her mom’s tools of the trade might mean she’s headed for a bright future in sports. More than anything else, though, the video of Serena Williams’ daughter Alexis playing with a tennis racket will definitely make you smile!

In the video, which Williams shared on Monday, April 22, you can see little Alexis running around the house and playing with a tennis racket. From the looks of the video, she’s definitely taken a keen interest in the racket, which might mean sports are in her future. Even Williams seems to think so.

“History in the making....” Williams captioned the post. And she might very well be right! I mean, not only is Williams a tennis champion, but so is her sister Venus. And if Alexis makes her way to champion status one day, then the family legacy would go beyond just one generation. So, there’s potential for some history-making tennis adventures in the future, if Alexis is up for it!

If you haven’t seen Williams’ video of Alexis playing with her tennis racket, you can check it out down below:

This, of course, isn’t the first time Williams has shared a snapshot of what it’s like to be a mom to little Alexis. In recent days, Williams shared a photo of herself and Alexis looking pretty in pink!

She also posted a photo of Alexis practicing gymnastics. Williams indicated in the caption of her post that she hopes famed gymnast Simone Biles will be a mentor to Alexis someday. “Can’t wait for @olympiaohanian to get tips from @simonebiles,” Williams wrote in the caption of the post.

And there’s plenty more where all that cuteness came from! Alexis, whose middle name is Olympia, has her own Instagram account that’s full of all the magic moments in the life of a two-year-old. Like that time little Alexis was pretending to be President of the United States:

Or that time Alexis learned a little something from her mom about styling her hair and her lesson was shared on social media.

“My momma did something called 'laying down my baby hair?' But she did it with a tooth brush. I have a lot to learn,” the caption on the photo says. Here’s a look:

It’s pretty obvious that Alexis has a great life and is headed for some great things. And it also looks like Williams and her hubby Alexis Ohanian are already setting her up to be a master athlete. Between her gymnastics lessons and her very intense interest in Williams’ tennis racket, it’s probably safe to say that sports will be part of her future. Whether she pursues them professionally is another topic entirely, but at least her parents are encouraging different interests and activities early on!

More like this
Prince Philip, The Duke of Edinburgh, Has Died At The Age Of 99
By Noelle Devoe
Khloé Kardashian's Response To Her Unretouched Bikini Photo Leaking Gets Honest
By Brandy Robidoux
These Tweets About Jimmy Fallon's TikTok Dance Follow-Up Segment All Say It's Too Little, Too Late
By Brandy Robidoux
Stay up to date