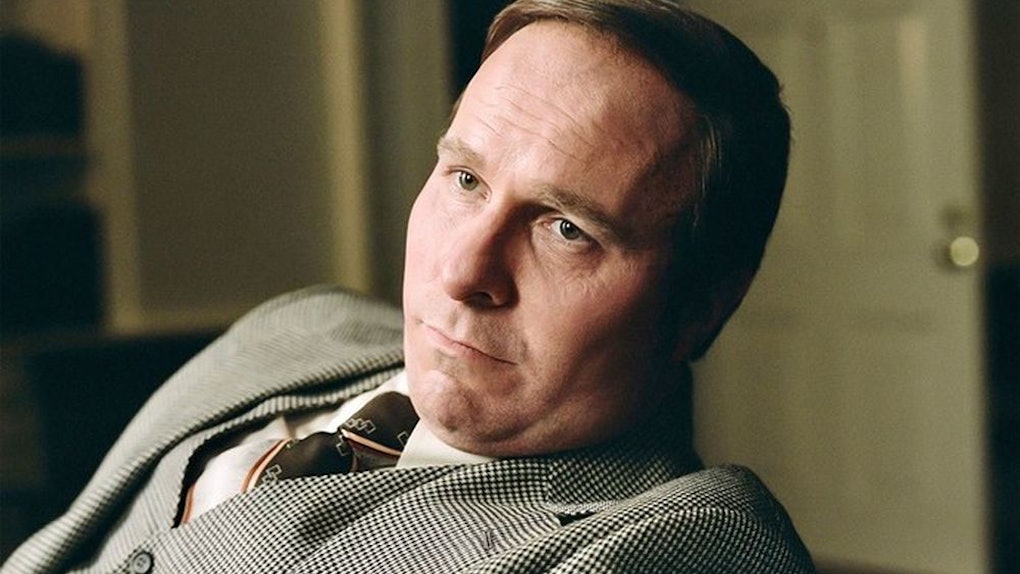 One of the most divisive films of 2018 was Vice, the Dick Cheney semi-biopic starring Christian Bale as the former vice president. While some thought it was super-genius, a strange comedy-fantasy condemnation of our current political climate, others were far less impressed with director Adam McKay's approach. During the run-up to the Academy Awards, where Vice was nominated in several categories, there was buzz about a dance number cut from the final edit of the film. Now the Vice musical number has arrived as a DVD/Blu-ray extra, and it's just as bizarre as promised.

I was not a big fan of Vice. The film didn't seem to know quite what it wanted to say about Dick Cheney. It clearly loathed him as a human being and all he stood for, but the performances, especially by Bale, as well as Amy Adams as his wife Lynne and Steve Carell as Donald Rumsfeld, all imbued these real-life people with a strains of pathos and humanity running counter to the film's sometimes broadly cartoonish takes.

For me, the scene embodying this dichotomy was the "Shakespeare" scene, where the Cheneys are in bed, and turn their discussion of political intrigue into a scene out of Macbeth, reveling in the ludicrousness of depicting history in blank verse. I had therefore assumed this "dance number" McKay was lamenting having cut would fall into the same category.

It turns out the scenes is far better than it probably has any right to be: Behold, your daily moment of wack.

Honestly, I can see why the film cut it. When Cheney becomes Rumsfeld's apprentice, his naiveté about how government intrigue works is a significant plot point. He assumes Mr. Smith Goes To Washington is less an ideal as much as a documentary. In all these scenes, the chief pleasure is Carell's Rumsfeld laughing at this dumb midwestern wannabe. Those scenes cover most of the information being spoofed to the audience during this dance number in a much brisker manner.

Also, this early on in the film, these sorts of weird and strange scenes haven't been a hallmark of the movie yet. In the final cut of the movie, the first one comes after Cheney has brought Rumsfeld back to Washington post-Nixon resignation. When Ford asks Cheney for his opinion on how to handle an international political issue, Cheney descends into persuasively arguing the four of them (Cheney, Rumsfeld, Ford, and Kissinger) should go out on the White House lawn and act out a solution using their penises as puppets. The point is Cheney "could make anything sound reasonable."

If this dance sequence remained as the first "fantasy" segue, it would have set the tone for the weird scenes to follow instead of the puppetry scene. Perhaps it would have made for a better film, as this sequence establishes the irreverent tone towards the goings-on in Washington in an upbeat and pleasant way, even as it hammers the audience over the head with the message Cheney was taught by Rumsfeld to control everything he could.

Vice will arrive on DVD and Blu-ray starting April 2, 2019, and is available for pre-order on Amazon and other retailers now.