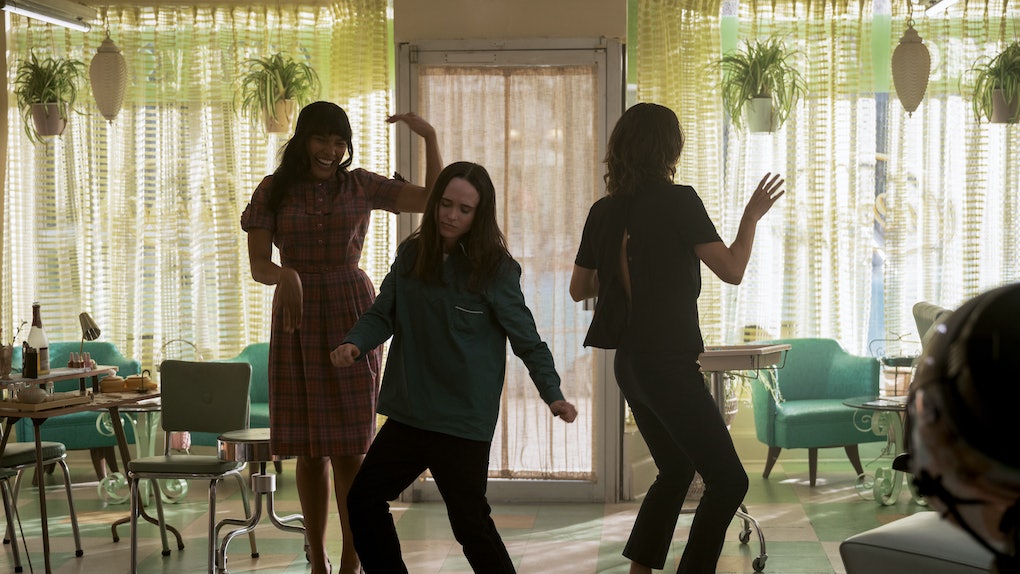 The Umbrella Academy has a lot going for it: captivating actors, a thrilling plot line, and gorgeous sets. But behind it all, giving scenes just a little more oomph, is a killer soundtrack that can't be overlooked. While Season 1 definitely had its fair share of jams, The Umbrella Academy soundtrack for Season 2 has a variety of upbeat tunes that will make you want to get up and dance.

Warning: Light spoilers for The Umbrella Academy Season 2 follow. The creatives behind The Umbrella Academy take picking out the series soundtrack very seriously, and it shows. "Music is its own character on the show," showrunner Steve Blackman told Parade. They also make a lot of unexpected musical choices — for example, when Backstreet Boys' upbeat song "Everybody" played in the background of a bloody battle scene in Season 2, Episode 7. "It's fun to counterpoint a song against a scene where they shouldn’t fit together but amazingly they do."

Although the season takes place mostly in the 1960s, the creators didn't want the episodes to feel completely antique. So, they compiled music from across decades. "There was talk about all the music being only '60s music, but I didn't want to limit that," Blackman said in the Parade interview. "Music is timeless to me. If it’s the right song, it’s the right song." That explains why you can hear songs from a range of artists — including Frank Sinatra, KISS, and My Chemical Romance (whose frontman, Gerard Way, created the comic book the series is based on) — throughout the season.

With all of the variety, there's a lot on The Umbrealla Academy's Season 2 playlist to get excited about. Check out the full soudtrack below so you can find some new jams to add to your current music library:

The Umbrella Academy Season 2 is available on Netflix.