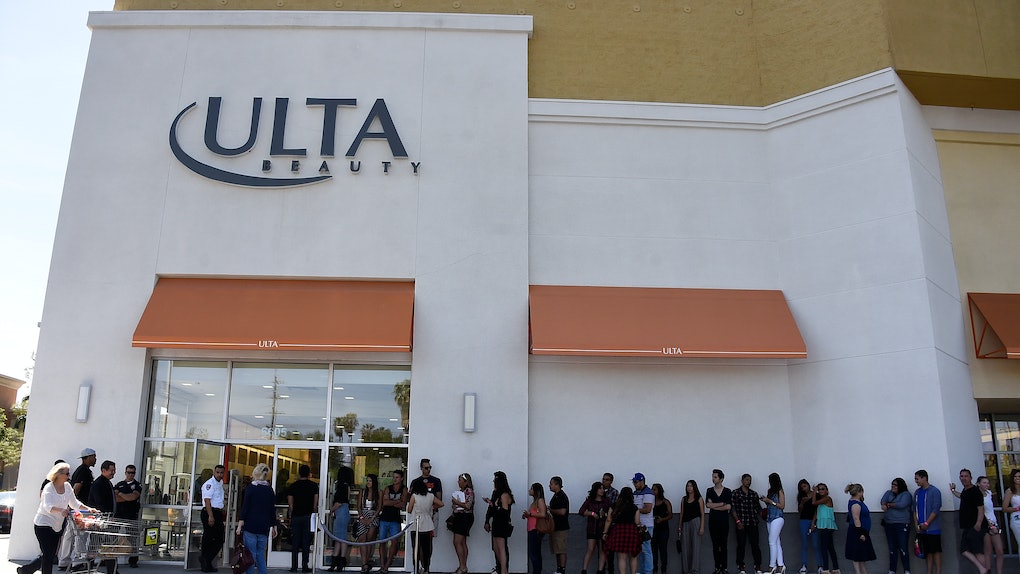 It's almost the end of August, which means many exciting things are on the horizon like pumpkin spice lattes (they drop at Starbucks on Aug. 27), Labor Day weekend, and the Ulta September 2019 21 Days of Beauty sale . And while addictive coffee drinks and an extra day off of work are great and all, I've got to say that a discount extravaganza on an array of top tier beauty items definitely takes the cake. No matter what you're in need of the sale's guaranteed to include something that will strike your fancy, so start padding your wallets as soon as possible because there's no doubt that a shopping spree is in your near future.

From Sep. 1 to 21, you'll be able to score up to 50% off on selected skincare and makeup items. From eye creams and face oils to eyeliners and palettes, the sale truly spans all product categories. And seeing as brands with the likes of Kylie Cosmetics, Mario Badescu, Toofaced, Smashbox, Urban Decay, Peach & Lily, Tarte, Philosophy, and more are included, they're buys you're not going to want to miss out on. Check out what discounts each day of the sale will bring below and plan your paycheck allotment accordingly.