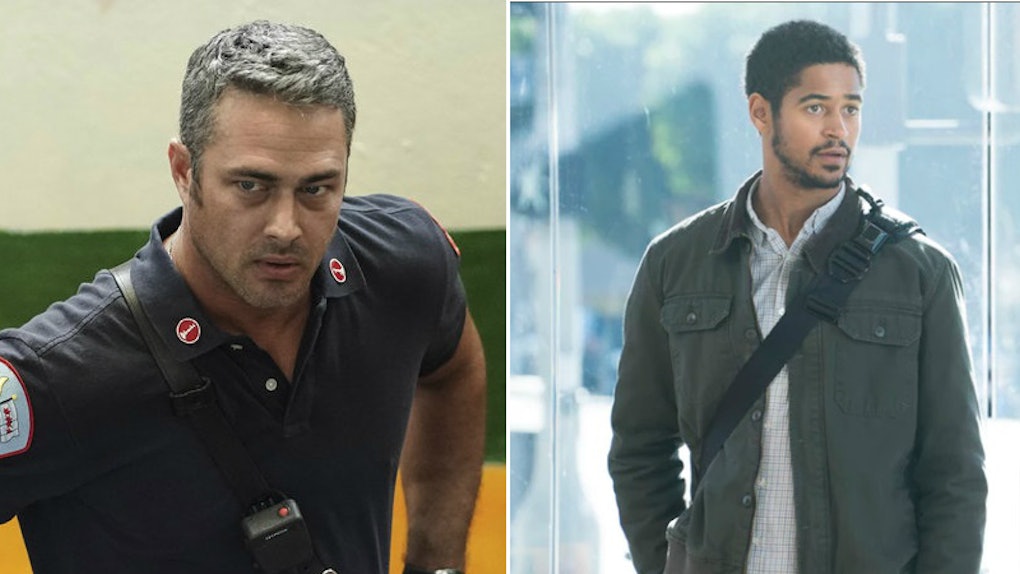 The TV Characters We Love & Would Totally Date IRL

Watching a captivating television show is what so many of us look forward to on a lazy day spent on the couch. Aside from having some of the most intriguing story lines ever, we can always relate to more than one character on the show. Of course, there are the relentless heartthrobs that keep us tuning in every week or have us in major marathon mode on a Sunday afternoon. You become extremely invested in these gems, and they'd totally make the list of TV characters we love and want to date IRL, because why not?

Obviously, these characters are actors, but we really do fall head over heels for the personalities they portray on screen. Blame it on their incredible acting skills, but you'd give them a chance in a heartbeat and delete all of your dating apps.

TV shows are relatable AF, and this is because of how close you feel and understand the characters. It's no wonder why many of them have the ability to give us all the butterflies. Don't act like you haven't thought up the perfect scenario of what life would be like if your TV crush was on your dating roster. It happens to the best of us, and chances are you had one or more of these TV dreamboats on your radar.

Well, hello there, Lieutenant. I'm not sure how much all of that firefighter gear weighs, but the whole getup and persona of Kelly is weighing heavy on our hearts. For real though, he's sizzling, and those blue eyes seriously have the potential to make us instantly melt.

Greys Anatomy knows just how to pull on our heartstrings, and we cannot get enough of it. Orthopedic surgeon Callie Torres definitely contributes to so many fans' deep love for the show. In between the twists, turns, and gasps you experience on Grey's, Callie is worth noting as someone who would make a really awesome date. I guess a heartthrob eases the many heartbreaks to be had in this series.

3. Wes Gibbons From 'How To Get Away With Murder'

Wes was so sweet and gentle, you just wanted him to be your boyfriend by the end of season one. *SPOILER ALERT* Sadly, we had to say goodbye this well-rounded guy, and our bleeding hearts couldn't help but tune in for those flashbacks of his face. Oh, and of course, we needed someone to blame.

Call the fire department ASAP, because temps are about to rise. Matthew Casey stole many hearts on Chicago Fire, and no matter what hot temps are depicted in the show, he sends the degrees off the charts. Did it just get even hotter in here?

If you could ever imagine a person who is so incredibly stunning and is a badass handing out stunners, Thunder would be the whole package. She's not only beautiful, but she's bold and undoubtedly holds her own. Seriously, what's not to love?

6. Jon Snow From 'Game Of Thrones'

Game of Thrones is another one of those climactic shows that has you biting your nails each week. Jon Snow was that breath of relief that only had you biting your lip, because you wanted to literally Netflix and chill with him so hard. Oh, and he could have totally kept that attire on while you snuggled up on the couch.

You can't discredit a go-getter, and maybe that's what is initially so attractive about Earnest in Atlanta. He's super cute and you genuinely want to stay up talking about dreams and aspirations with him. And if those dreams include running off, getting married, and spending happy ever after together, you certainly aren't opposed to it.

Yeah, most of our TV crushes are fictional characters, but it's hard not to adore them. Either way, we're still tuning in to see their cute as hell faces when we can.