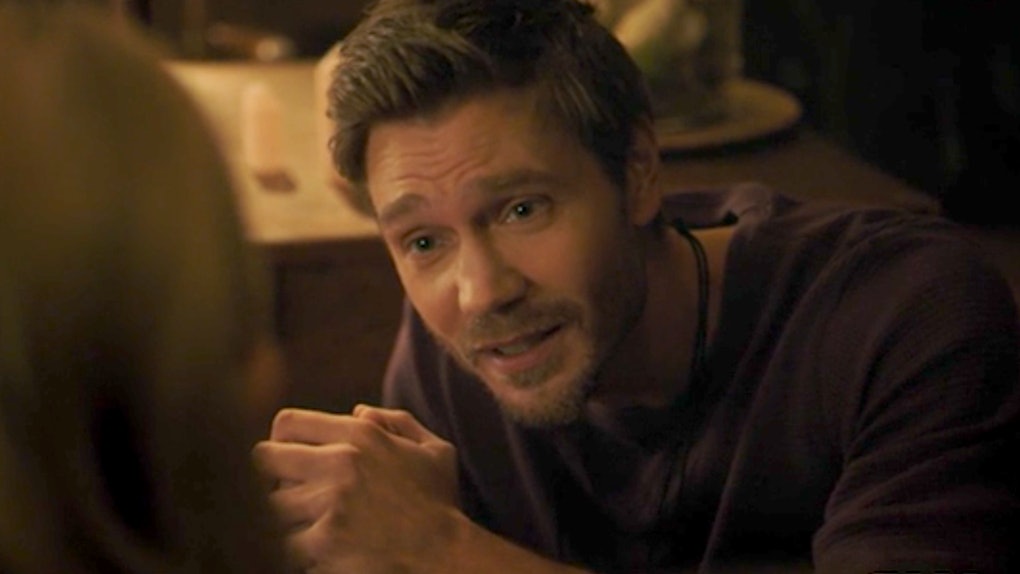 The Truth About The Farm On 'Riverdale' Was Finally Revealed & Yeah, It Was Super Creepy

We are finally only one episode away from the Season 3 finale of Riverdale, and fittingly, the show is now shedding some light on its biggest season-long mysteries. Yep — that means The Farm. The strange, supernatural-seeming cult rolled into town at the beginning of the season, but we have barely learned anything about it in all this time. But the truth about The Farm on Riverdale finally came out on Wednesday night's new episode, and it was definitely something that none of the fans could have predicted.

Spoiler alert: This post contains spoilers from Riverdale Season 3 Episode 21, "The Dark Secret of Harvest House." Surprisingly, the penultimate episode of Season 3 seemed to spill pretty much all the beans about The Farm. Last episode, we saw Betty resign herself to joining The Farm as a means of protection after nearly being killed by the reemerged Black Hood, and now that she is on the inside, she is finally getting the answers she's been searching for.

First, Betty comes to the realization that Edgar Evernever is using hypnosis in order to make his followers see their deceased loved ones. He works his magic on her, causing Betty to confront an evil version of herself who tries to convince Betty that she has done terrible things she can no longer remember. Thankfully, Betty realizes something is off, and she fashions some earplugs out of candle wax to block Edgar's hypnosis on her next trip to his office. The earplugs work and Betty sees that it was really Polly masquerading as the "evil Betty" from her vision all along. So that solves the mystery of how Edgar is able to gain and keep followers by supposedly reconnecting them with dead loved ones.

But the big revelations do not stop there — Betty is also able to figure out Edgar Evernever's motive for creating a cult full of devoted followers. After Kevin and Fangs reveal that Edgar has performed a "healing ritual" on them that left them in considerable pain, Betty notices Evelyn using a dialysis machine and puts two and two together to realize that Edgar is harvesting kidneys from The Farm's members. Sure enough, Betty tracks down Edgar's hidden room and it is filled with organs.

So that is the truth behind The Farm: Edgar is actually a shady black market organ dealer who uses hypnosis and deception to attract willing volunteers to get their organs cut out. I think it is safe to say that this was certainly not anyone's fan theory about The Farm. Luckily, Betty is able to snap Cheryl out of her Farmie devotion, and she is able to save Toni just before her surgery. But as Toni escapes The Farm, Cheryl is too late and gets dragged back into the organ farm. Likewise, Betty also finds herself trapped in The Farm when she is unable to shake Kevin and Fangs out of their delusions and they drag her down to Edgar's operation room. The last thing we see is Edgar putting a gas mask over Betty's mouth, so... things are looking pretty grim for Betty right now.

We will get to see how (or if) Betty survives Edgar's twisted game of Operation when the Season 3 finale, "Apocalypto," airs on Wednesday, May 15 at 8 p.m. ET on the CW.

More like this
Who Is Cleo On 'Outer Banks'? Carlacia Grant Is New To Season 2
By Ani Bundel
7 'Game Of Thrones' Spinoff Ideas HBO Should Def Consider
By Ani Bundel
'Selena: The Series' Part 2: Netflix Release Date, Trailer, Cast, & More News
By Dylan Kickham
Stay up to date